In 1986, Bob Briggs was director at the Cetacean Institute in when Doctor Gillian Taylor, the institute's assistant director, disappeared.

These days, Bob manages a Denny's in . He and I recently sat down over All-American Slams and coffee to discuss Dr. Taylor.

How long did you know Gillian Taylor?

A long time. She and I went to school together. We got our degrees in cetacean biology the same year. We were close, we studied together several times. She was sort of my, you know.

(laughs) I guess you could call it that.

What do you remember about Dr. Taylor's behaviour, shortly before she disappeared?

Well, she'd been acting pretty emotional and, you know, out there for a while. It was like she was going through early menopause or something. She would yell at me and then be really quiet for a long time. Is menopause the right word? 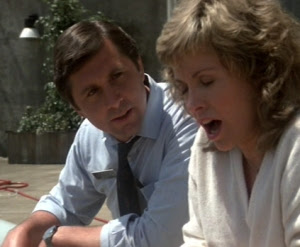 Er, 1986 was also the year the Cetacean Institute released George and Gracie, the only humpback whales ever held in captivity.

Yeah. Yeah, well, we'd been taking a lot of heat from the fishing authorities and a few liberal groups for holding the two whales.

Yes, my notes say there was a lot of concern regarding the tank. At only 15 thousand cubic metres, there wasn't even enough room for the whales to turn around.

Oh, that wasn't really the problem. The problem was money. We couldn't afford all the shrimp we had to dump in there to keep them alive. Gillian had a . . . Well, she was really emotional about seeing the whales go. She loved those whales--she'd stand over the tank and talk to them sometimes. I think she really thought they loved her. I should've seen the red flags, in retrospect.

You think her disappearance was directly related to her feelings for the whales?

Well, I don't know, but it would be a real big coincidence if it wasn't, right? I tried to soften the blow when--when we knew we were going to have to release them. I said to her one day, it's not like they're people. It's never been proven they're that smart. 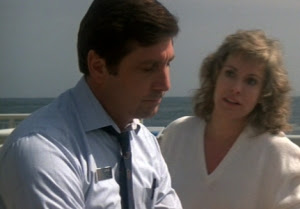 How did she react?

She flipped out. Told me she didn't--how did she put it?--how much she cared for someone--it wasn't based on her estimate of their intelligence. It was sort of embarrassing. It was like she really thought those whales were her kids, or--or something.

You're referring to her status as a registered sex offender. Those kids she'd allegedly molested a few years earlier.

Uh, maybe, I mean, I don't know. The judge had been pretty easy on her, I guess because she was a woman, but I figure, she was a little fragile. I think not being around kids she transferred her--her obsession to the whales. It's weird because she was very religious.

So she didn't want to be parted from the whales? Even if it meant keeping them in those conditions?

We took good care of those whales, okay? I don't want anymore--I don't want to hear anymore about that. But, yeah, she--she was really paranoid near the end. She seemed to think whalers were going to immediately find them out there. Of course, maybe they did--we lost track of the whales pretty quick, even though we'd tagged them.

When was the last time you saw Dr. Taylor?

Just after George and Gracie had been removed. We'd kept secret from her the real removal time, so she was really surprised when she showed up for work to find them gone. 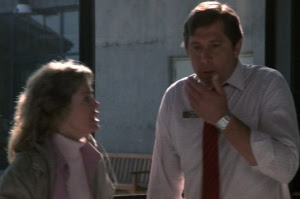 Why did you keep her in the dark?

She'd been so, like I said, hysterical lately, we didn't want to deal with her. And I figured if she had to watch them go, I'd have to watch her bawling . . . Boy, was she pissed. She slapped me. Called me a son of a bitch, last time I saw her. You know, I was her boyfriend for eleven years and we never even got to second base? I tell ya--well, I guess she's gone now, so. That's that.

Er, yes. Well, thank you for talking to me to-day. I'll let you get back to work.

It was nice talking to you.

Posted by Setsuled at 2:42 AM
Email ThisBlogThis!Share to TwitterShare to FacebookShare to Pinterest