Two new crêpe restaurants have suddenly appeared at the nearby mall. One of them replaced a Greek restaurant that'd been there forever, and which made my favourite spanakopita in town. However, I must admit that Voila Crêpe's spinach quiche is about the same thing, maybe a little better, for about a dollar less.

I've lately been re-watching Top o Nerae 2. I continue to be absolutely blown away by the animation and lush sound design. It's a goofy series at times, yet it somehow manages to carry a huge visceral punch in its enormous action sequence. I still have not seen another movie or television series that conveys the sort of terrible scope of space battles among giant robots and ships.

Although the main characters are female, for some reason the series is rife with phallic imagery. It's almost over the top--but it sort of makes me smile. 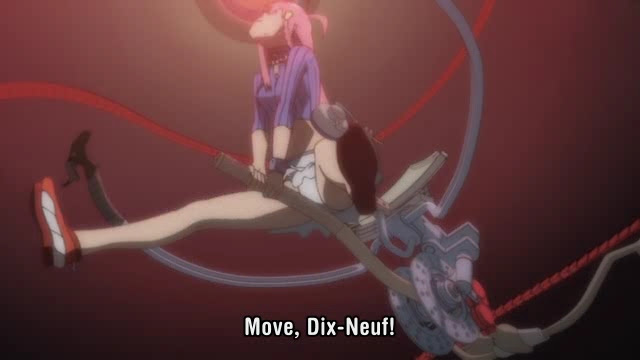 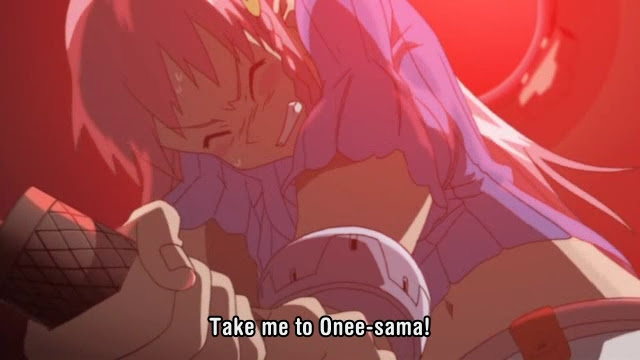 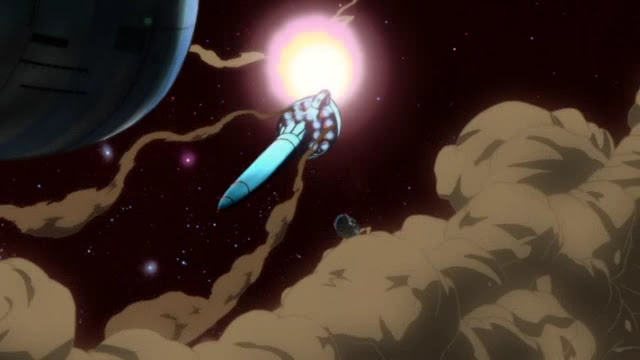 Obviously a spaceship. And nothing else.

But there is a lot more to the series than that. Here are a few images from the first episode; 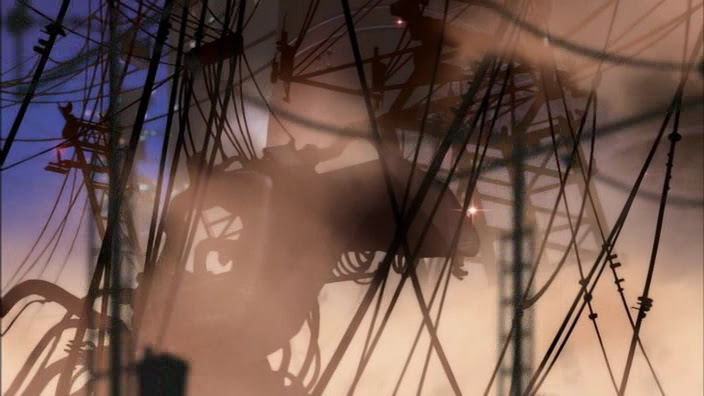 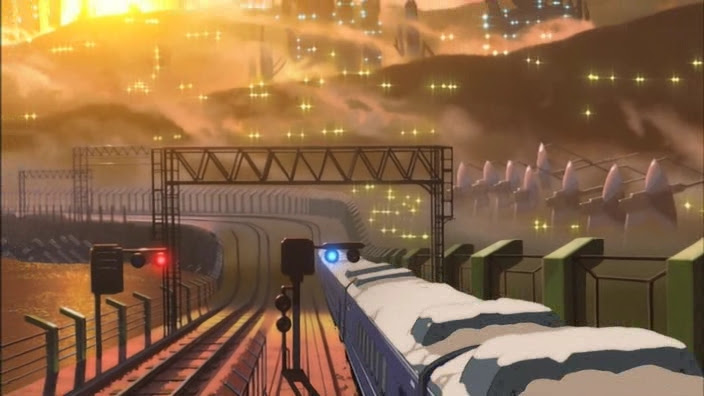 This is the Martian city where the story begins. 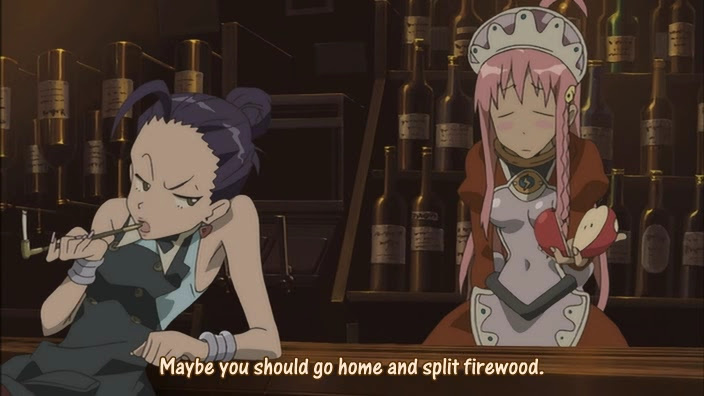 Nono, who dreams of being a space pilot, is forced to work as a waitress. She's not so good at it, as she's discovered she has an uncanny ability to split solid objects in half without meaning to. 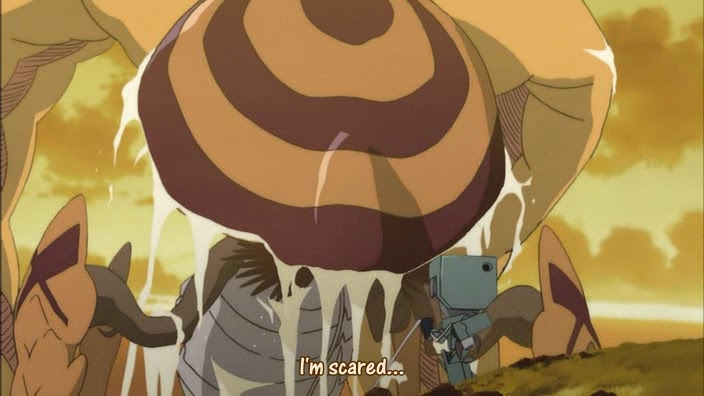 The first space monster of the series is found by this poor grunt.

Top o Nerae 2 is a six episode OVA series, and the final episode's supposed to be out in a couple weeks. I'm looking forward to it.
Posted by Setsuled at 7:14 PM
Email ThisBlogThis!Share to TwitterShare to FacebookShare to Pinterest