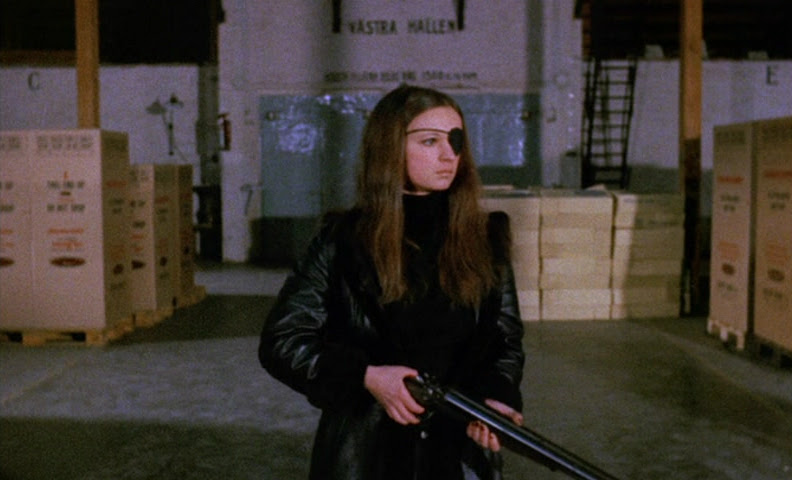 Thriller - En Grym Film (Thriller - A Cruel Picture, or They Call Her One Eye, or even Hooker's Revenge), a 1973 exploitation film starring an adorable little Christina Lindberg.

I actually thought Lindberg was better in Sex and Fury, where she was given quite a bit more material to work with. Which is not to say Thriller must have been a cakewalk, as she's seen in the movie receiving extremely realistic looking karate lessons. Her character, Madeleine, becomes an expert in karate, shooting, and driving in order to exact bloody revenge on the people who forced her into a life of prostitution and heroin addiction. 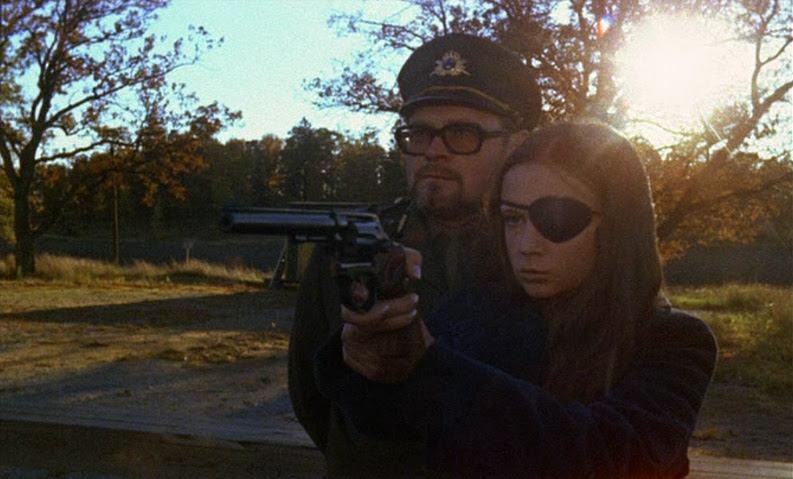 The first thing that surprised me about the film was how beautiful much of it is, particularly in the beginning, where the camera lingers over autumn yellow leaves, complemented by Christina's yellow dress. However, there is a great deal of dullness to the movie as well; the bare grey walls and naked mattresses of the brothel, the hardcore insert shots of penises pumping stand-in vaginas (very clearly not Christina's own), and the ponderous slow motion shots of guys getting the squibs blown out of them as they find themselves in Madeleine's path. 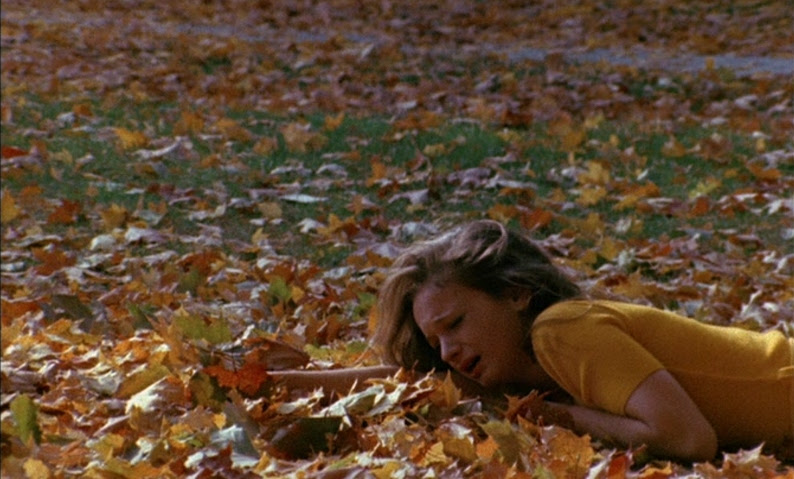 On the one hand, the movie's glacial pace was tedious, as it was usually not spent in service of character development or action choreography. Yet it did succeed in gradually creating a sort of crushingly grim atmosphere--Madeleine goes from a slow, crushing, inescapable position, to becoming a slow, crushing, inescapable monster. By default, you root for her, but there's almost none of the glee found in the Tarantino movies Thriller inspired. 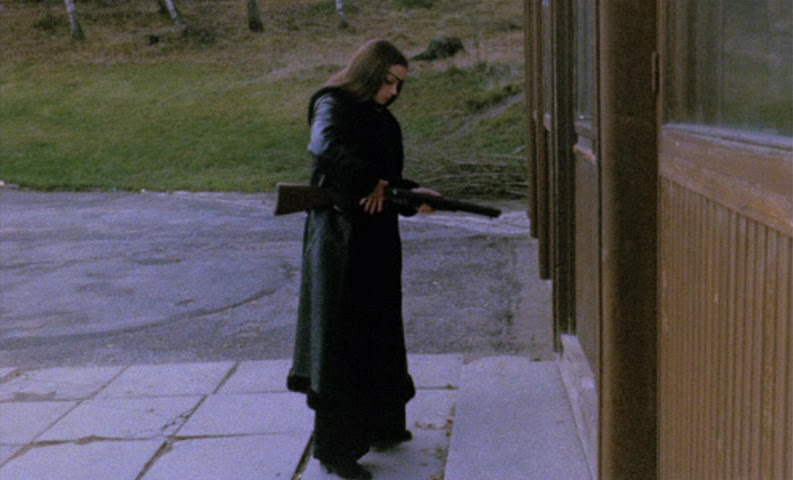 Still, it's a sort of deathly spooky film, especially because the mute Madeleine's face is Christina Lindberg's--sensual, and finely communicative. On one level, she seems generally disconnected with what's going on around her, but then intriguing hints leak through her features . . . 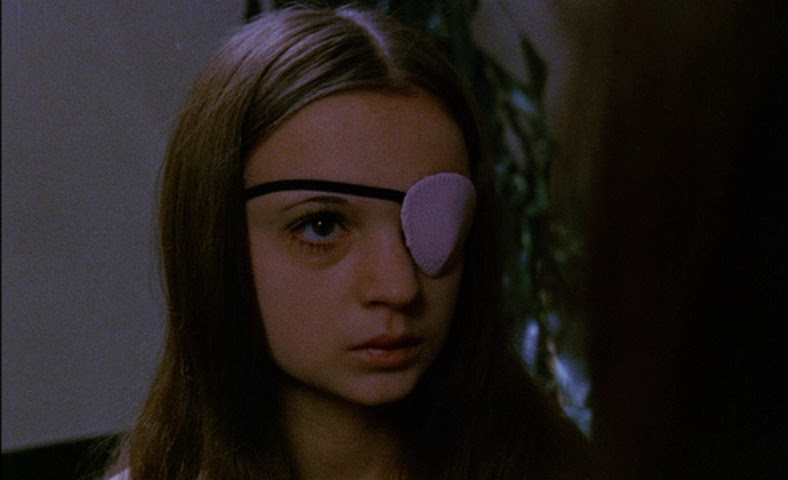 Here's the trailer, which doesn't entirely communicate the movie's feel;

Posted by Setsuled at 3:46 AM
Email ThisBlogThis!Share to TwitterShare to FacebookShare to Pinterest