The Throne is Hard and Metal 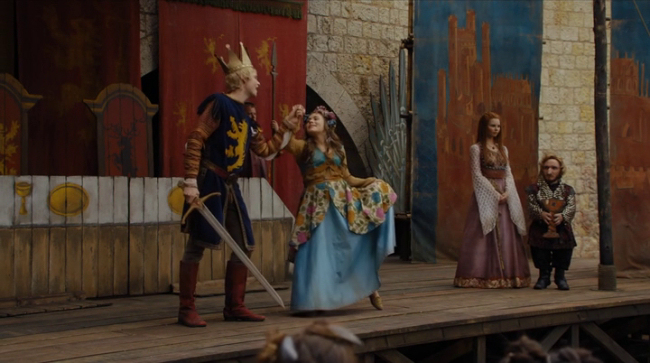 I liked the pacing of last night's Game of Thrones, it felt a little less hyperactive than previous episodes this season and I felt like I had more time with the characters. It also made some changes I specifically hoped the show would. I only had one real point of complaint. 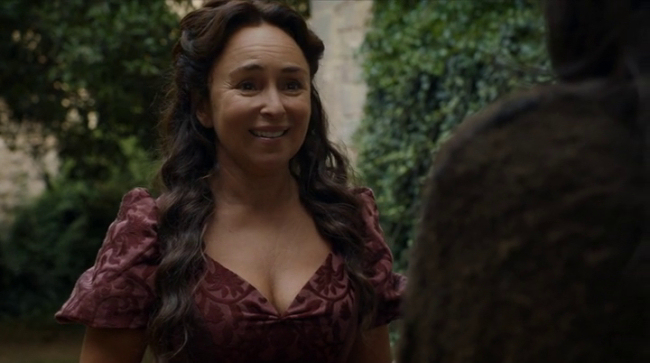 I liked Samwell and Gilly talking in the coach, I liked her meeting Samwell's mother and sister--the location and costumes were beautiful though I'm not sure why Gilly would have a hard time walking in that gown. 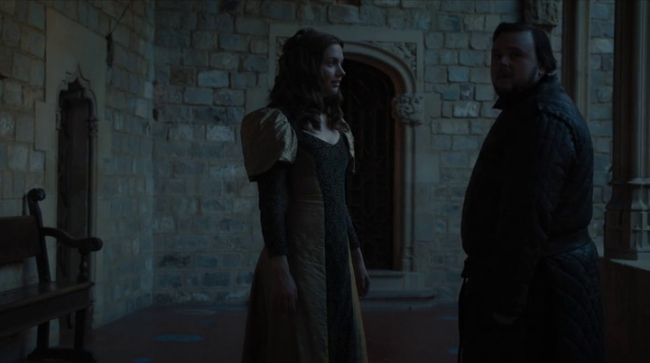 Samwell's father is an asshole and it was kind of satisfying watching the guileless Gilly stick up for him. Sam's father keeps giving him shit about how being at the Wall hasn't made Sam less fat and I thought, what a jerk, talking to his son like that. But then I thought . . . why hasn't Sam lost weight? I mean, I think it's great for people to be happy with their size regardless of whether or not it fits a popular standard of beauty but if Sam's been living off meagre provisions for years and been trudging across hostile landscape, fleeing certain death . . . how has he maintained this weight? Metabolism can be weird but you don't see guys who look like Samwell in photos of World War I trenches. Well, I guess with the spontaneous female rulers turning up everywhere, the show is definitely angling more towards fantasy than realism but it's probably best not to call attention to it by having a character who's supposed to be making an illogical argument actually asking a sensible question.

When Sam was saying his goodbyes to Gilly, I thought, this is nice, she's not arguing, she's not saying something ridiculous about how she'll go with him no matter what because she knows staying here would be what's best for the child. And then Sam abruptly changed his mind and made exactly the argument I was congratulating Gilly for not making--and she doesn't even tell him he's ridiculous. Then he steals that heirloom sword which looks like more of a burden than an asset and likely will ensure his father will hunt him down.

I was just saying to my sister last week that Arya just needs to leave the stupid Faceless Ones plot already and last night I was so pleased the show read my mind. The actress, Lady Crane, even calls Arya on how bad she is at being inconspicuous--finally, someone did. Now instead of being part of a society of badass assassins, it looks like Arya's going to have that society of badass assassins gunning for her. It's a cool moment of her asserting herself, it sets up the tension of even greater odds stacked against her, and it jetisons all the bullshit that had accrued while she was a student there. I'm really looking forward to seeing what happens next.

I enjoyed the confrontation on the steps of the cathedral, somehow the huge crowd felt bigger than it did when it was Cersei's walk of atonement. I loved that Diana Rigg was there just to deliver the line to her dim relative about how Jonathan Pryce had beaten them. As head of the king's guard, though, and the king's father, I kind of expected Jaime to keep better track of where the king is. Maybe he deserved to get demoted.

I love that show has us rooting for a pair of incestuous lovers. It's one of the last few twisted irons in the fire Game of Thrones has going at this point. 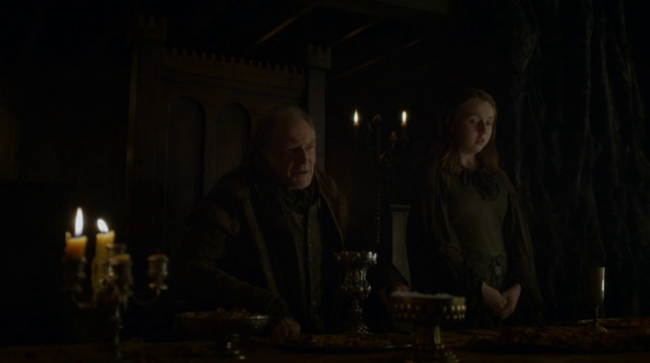 I was so happy to see David Bradley back as Walder Frey. In this one scene he's absolutely fantastic; I'm looking forward to seeing him and Jaime perpetrating some massacres. 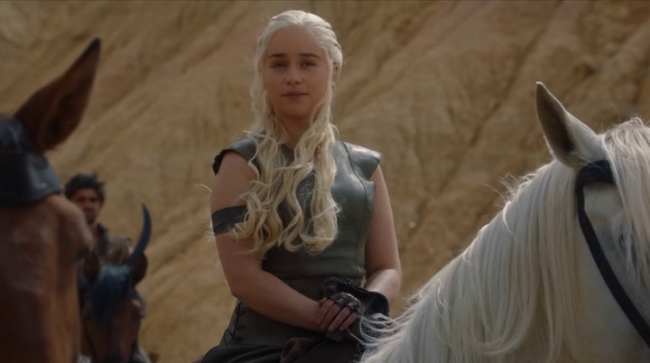 I feel like Emilia Clarke's acting abilities have increased in inverse proportion to the things the show thinks up for her to do. The past couple episodes have been cool for her but basically like "Daenerys' Greatest Hits". Her triumph over the Dothraki and her abrupt taming of Drogon Dragon this week lacks the set up of her freeing the Unsullied or the scene where the dragon eggs first hatched.

In domes of used transparent wigs we go.
The arcs of bluer brains attach to glass.
As all the Skittles children play escrow
A forward pitcher dates the carbon bass.
In cabinets filched of fallen bagel bites
The world opines in crystal clocks of news.
Across the fuzzy noise we fly our kites.
The barking quantum takes the glory clues.
With central minds the feather dress was quit.
Affidavits sued the stick for cash.
Whenever skies look green to me I'll sit
And concentrate on "Million Dollar Bash".
The late abducted duck could not foresee
The dreams imposed of phony fricassee.