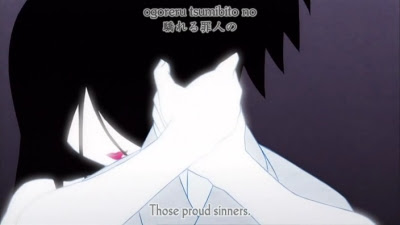 This morning I watched the first episode of Sayonara Zetsubo Sensei (Goodbye, Despair Teacher). How I loved it. Even if the rest of the series ends up sucking (which I doubt), I'll always have this first episode to love.

The show's about a high school teacher named Nozomu Itoshiki (whose name can be pronounced as the Japanese word for "despair" when written horizontally) and one of his students, Kafuka Fura (whose name is a reference to Franz Kafka). Itoshiki sees everything in the most negative possible light, while Fura sees everything in a positive light, albeit because she's not the brightest bulb. As the show opens, Fura rescues Itoshiki from a suicide attempt; 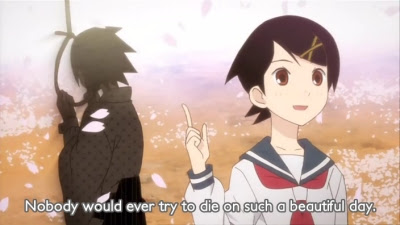 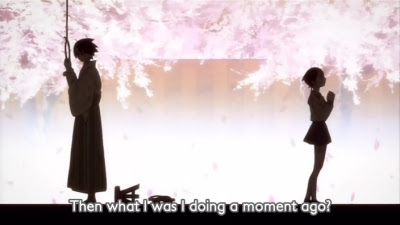 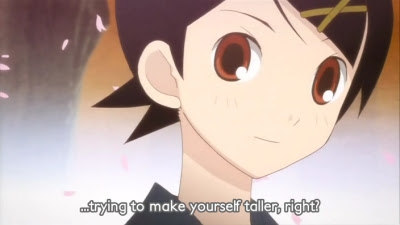 Fura goes on to explain that she knows this is what Itoshiki was doing because she'd witnessed her father trying to become taller many times; when his company went bankrupt, when debtors came to the door, etc. Itoshiki was trying to hang himself from a cherry blossom tree Fura named "Pink CEO," so she calls Itoshiki "Pink Supervisor" from then on.

Everything in the show's done with great style, too. From another teacher having a sexual experience from a q-tip in her ear, to when Itoshiki decides, instead of having the students write down their hopes (a standard practice in high school classes), he wants them to write down their despairs. A nice joke is that many of the despairs students list are the same as commonly listed hopes.

The series is directed by Akiyuki Shinbo, seen here in one of the episode's censored moments; 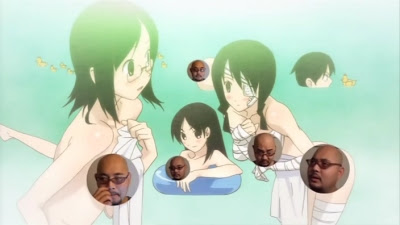