I'm not feeling very talkative to-day, so here's a bunch of old pictures of Nesuko;

This is my original design I came up with when I was fourteen or fifteen. Back then, Nesuko (or "Nes" as her name was at that point) was a bounty hunter. 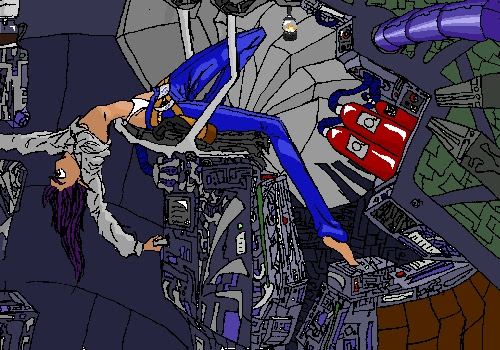 Here she is contending with the Raithuras' overcomplicated computer systems. These two pictures were coloured with an old shareware programme called NeoPaint, by the way. 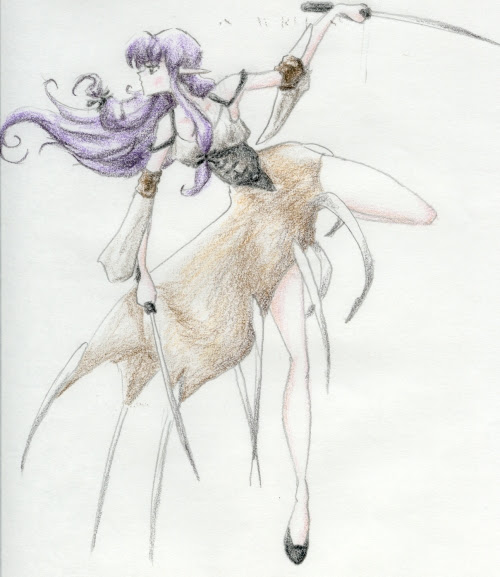 Leaping forward a bit in time, here--I actually went through several redesigns of Nesuko before I got to this somewhat manga-esque one.

Another drawing of that particular Nesuko design. It was starting to look too much like Lina Inverse to me. 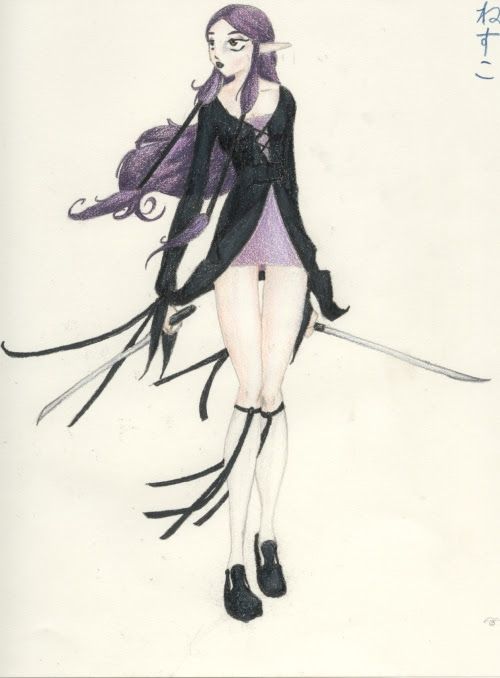 The first of what is essentially the current Nesuko design. There's her name in hiragana on the right, cementing the Japanese influence I guess (I was probably taking Japanese 1 at the time).

I was trying to think a little more about how Nesuko would move and fight. I decided to go the "ballet-fighter" route, though I find myself edging away from it as it's what Joss Whedon appears to being doing with River Tam.

Young Nesuko on her way to school. I was getting quite handy with the colour pencils a few years ago. It's kind of a shame I haven't had time or reason to use them lately. 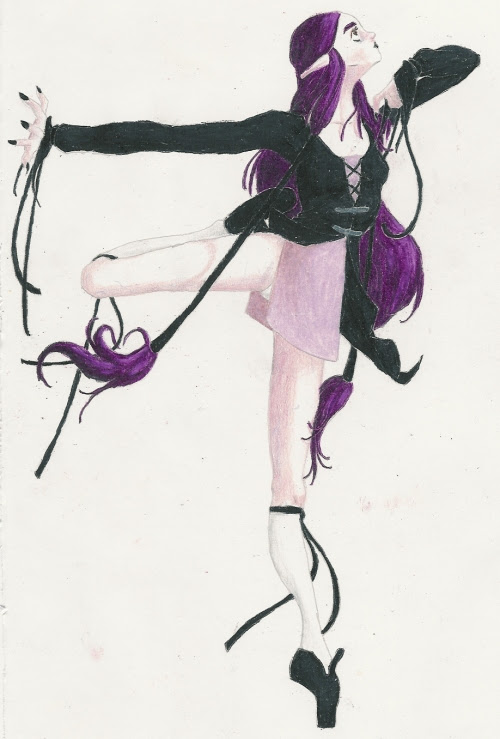 A slightly overdramatic pose, yes? I copied the pose from a photo of a ballerina. 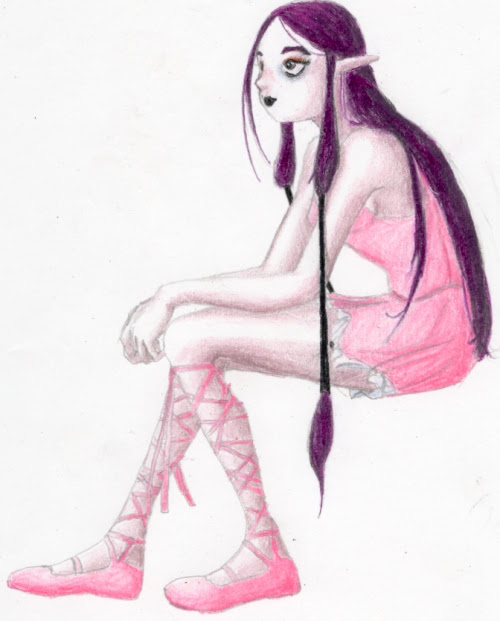 When Nesuko took ballet class, this is the outfit her mother bought for her. 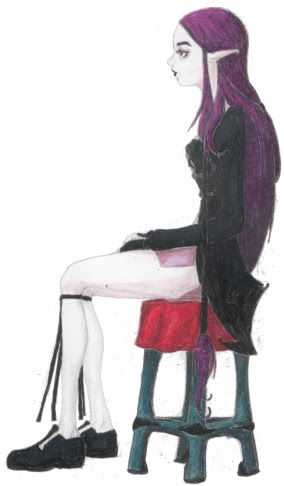