Last night I watched the new Criterion edition of Akira Kurosawa's Drunken Angel, in which Takashi Shimura bore sort of an uncanny resemblance to Tom Waits; 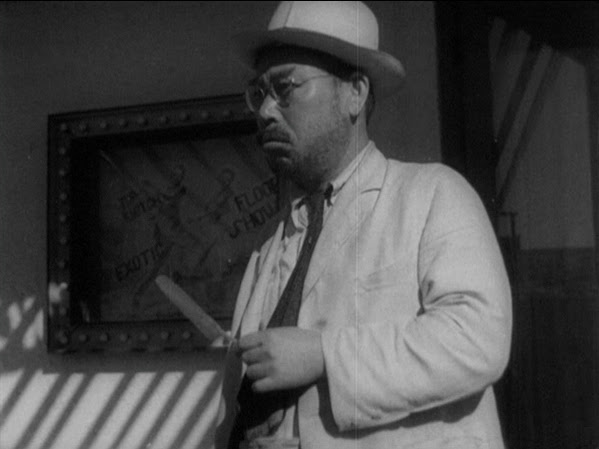 Shimura plays a boozing doctor who tries to help a yakuza (Toshiro Mifune, in his first Kurosawa film) through a bout of tuberculosis, but the unruly gangster can't seem to lay off the booze and the women. The movie ends like a noir, which it pretty much is. It was made in 1948, and the post war devastation is everywhere. Yakuza essentially ran the cities, since everyone had to rely on the black market to survive. There are recurring images of a filthy sump in the middle of the city into which Mifune's yakuza routinely tosses a flower. After this, I ate a burrito and watched Secretary, which never fails to lift my spirits. Well, the scotch I'd had during Drunken Angel helped, too--it seemed to do wonders for my sore throat. I actually hadn't had any alcohol in over a week, but watching Shimura mix pure medical alcohol with a little tea put me in the mood.

Anyway, as I said yesterday, I'm going on a cruise with my family to-morrow for a week. There's supposedly internet access on the ship, but if not, then that's why you won't see me . . .
Posted by Setsuled at 3:32 PM
Email ThisBlogThis!Share to TwitterShare to FacebookShare to Pinterest