You know whose bad side you don't want to be on? Morrissey's.

True-to-you.net has a sort of wonderful statement from Morrissey regarding New Musical Express's recent attempt to cast him as a racist. Not only does he soundly refute them, he takes the time to eviscerate them. Some of my favourite bits;

"The wit imitated by the 90s understudies of Morley and Burchill assumed nastiness to be greatness, and were thus rewarded. But nastiness isn't wit and no writers from the 90s NME survive. Even with sarcasm, irony and innuendo there is an art, of sorts. Now deep in the bosom of time, it is the greatness of the NME's history on which the 'new' NME assumes its relevance."

"I do not mean to be rude to Tim Jonze, but when I first caught sight of him I assumed that someone had brought their child along to the interview. The runny nose told the whole story. Conor had assured that Tim was their best writer. Talking behind his hands in an endless fidget, Tim accepted every answer I gave him with a schoolgirl giggle, and repeatedly asked me if I was shocked at how little he actually knew about music. I told him that, yes, I was shocked. It was difficult for me to believe that the best writer from the "new" NME had never heard of the song 'Drive-in Saturday'; I explained that it was by David Bowie, and Tim replied 'Oh, I don't know anything about David Bowie.' I wondered how it could be so - how the quality of music journalism in England could have fallen so low that the prime 'new' NME writer knew nothing of David Bowie, an artist to whom most relevant British artists are indebted, and one who single-handedly changed British culture - musically and otherwise."

Most of yesterday was spent on an aspect of the new project I'd kind of underestimated. Something I vaguely expected to take a couple hours took just about all day. Then I played three hours of Jedi Academy. I took some screenshots of a couple lovely maps by a fellow named Living Dead Jedi; 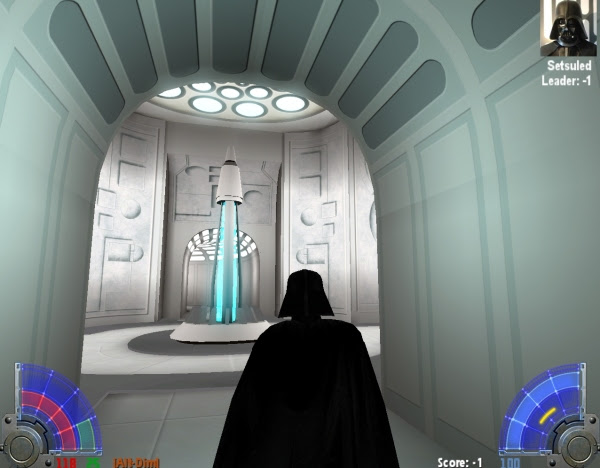 Using Darth Vader this time, to prove I have some vestiges of manliness. 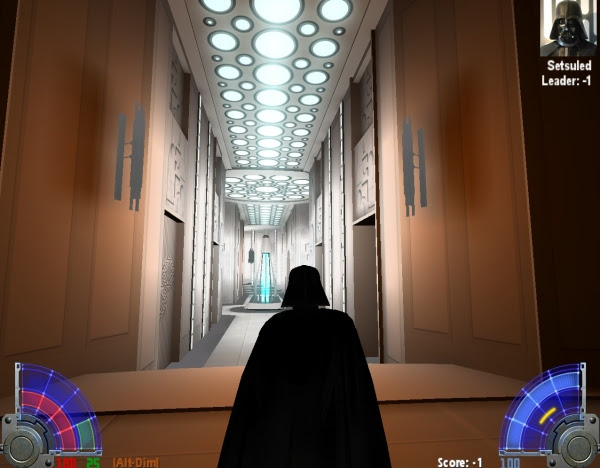 Beautiful, no? This guy knows how to use lighting.

There are plenty of recognisable spots; 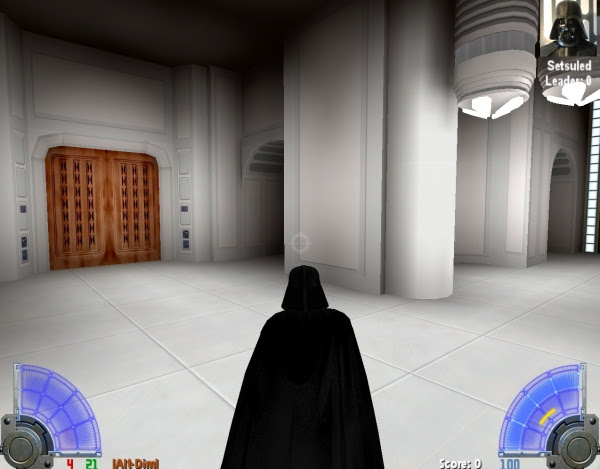 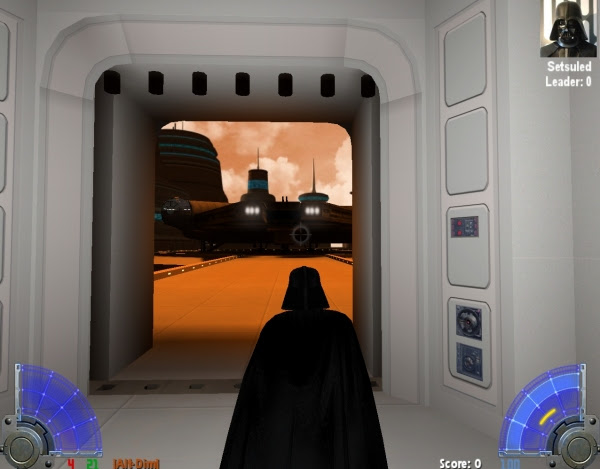 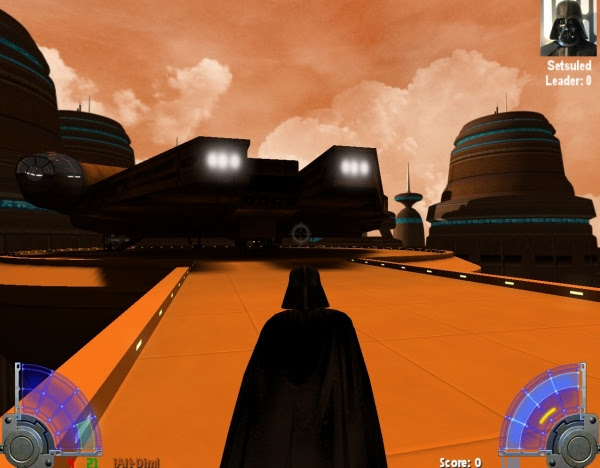 Ha! Captain Solo and the wookiee would be wetting themselves now! 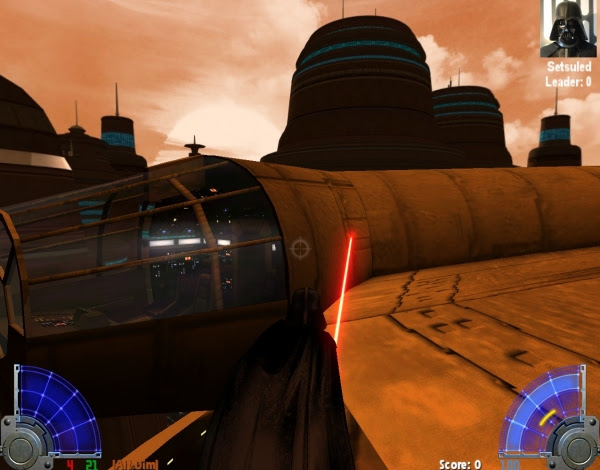 Hmm. Calrission seems to think quite a lot of himself. 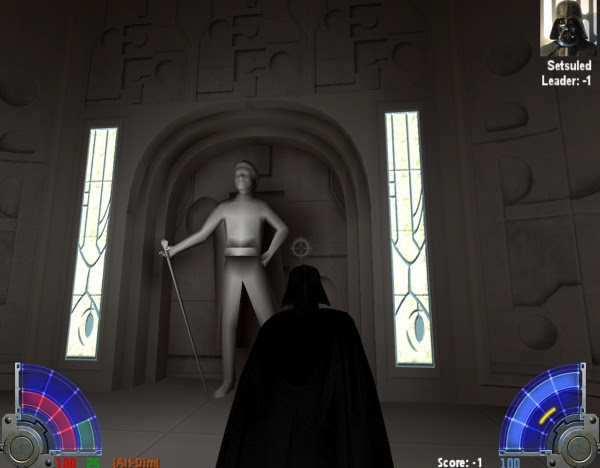 This Living Dead Jedi also made an interesting night time Tatooine--unlike the Bespin map, this one has bot support, so Obi-Wan Kenobi, Luke Skywalker, a Gammorean, and a stormtrooper were running around with me. I was Princess Leia. 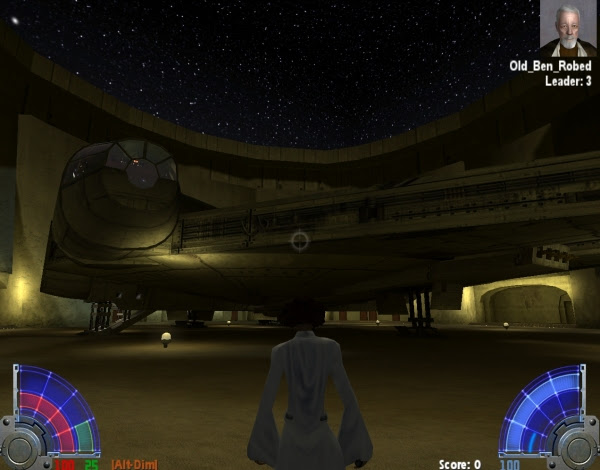 Obi-Wan seemed to keep the lead throughout the match, though I would argue it was because I wasn't trying to win. This is Sith J Cull's Falcon model again.

What a piece of junk! 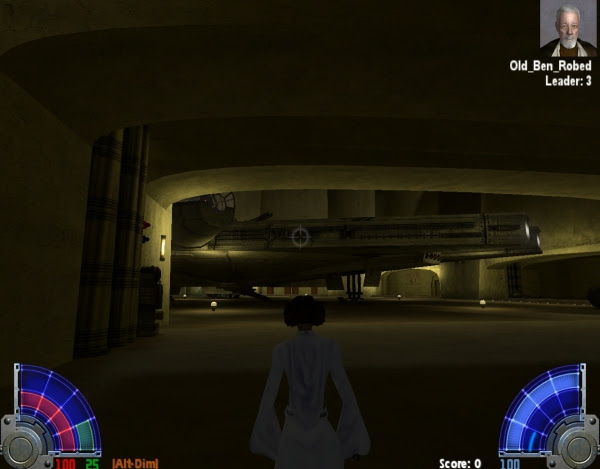 Ha! The flyboy and his walking carpet would be pissing themselves right now. 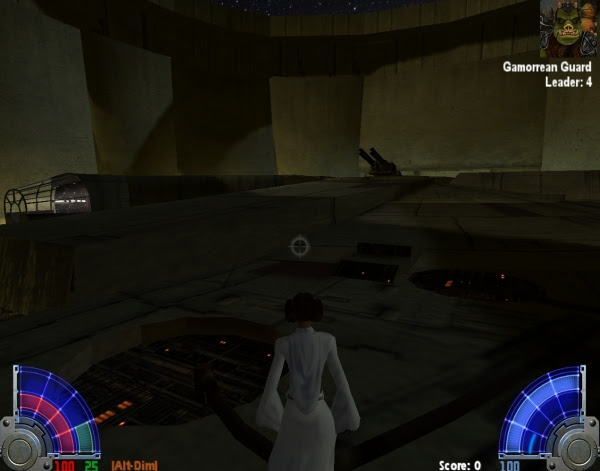 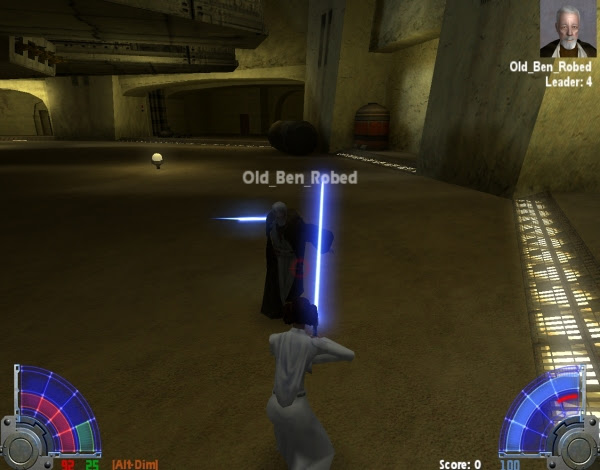 Drat. Kenobi's hard. And those shameful standings . . . Well, that's what happens when you spend all your time taking pictures while everyone else is fighting. 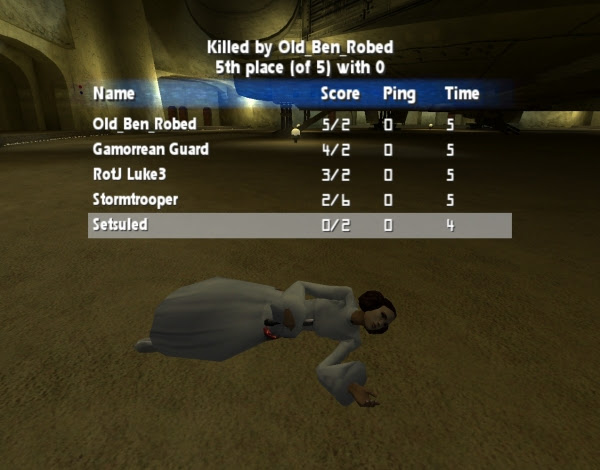 Slave Leia, now, in the cantina. We do not serve Gammoreans. 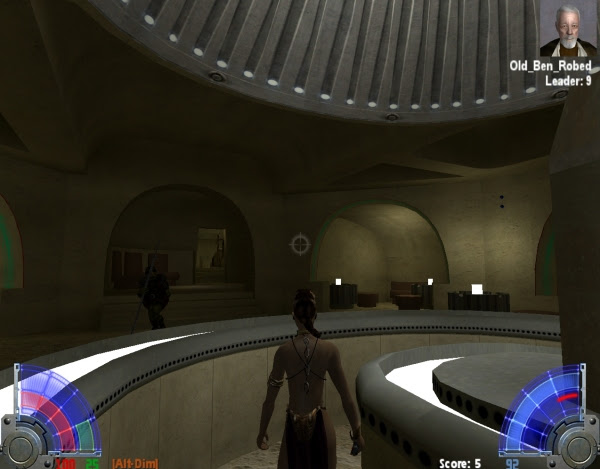 How does one make a Bantha martini? It sure doesn't sound appetising . . . 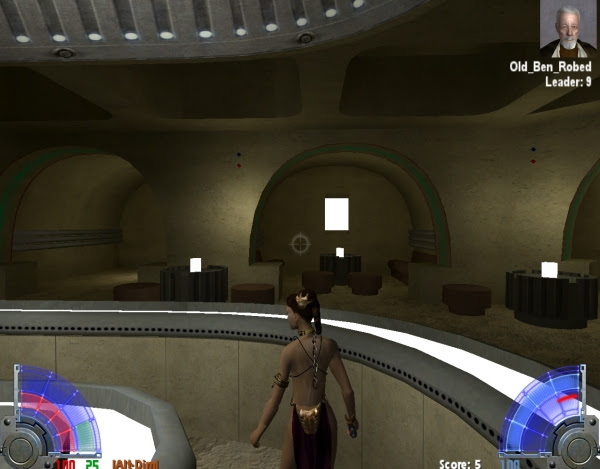 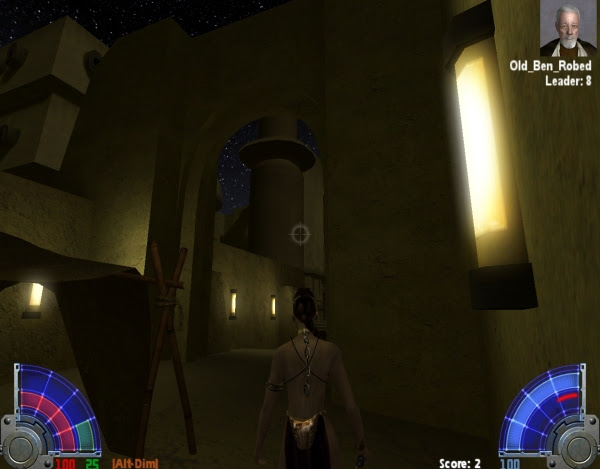 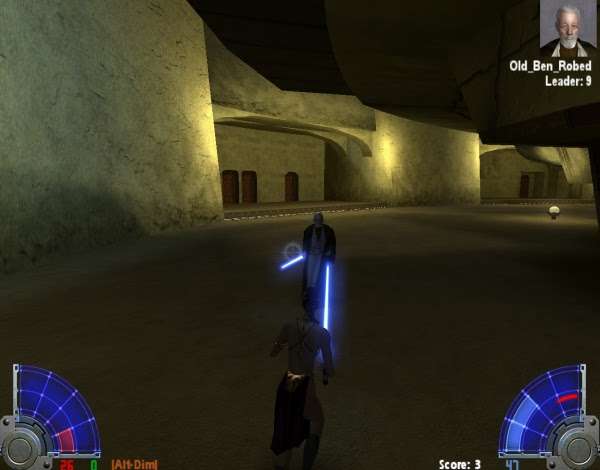 More powerful than I can possibly imagine, eh? I don't know, I can imagine quite a lot . . . 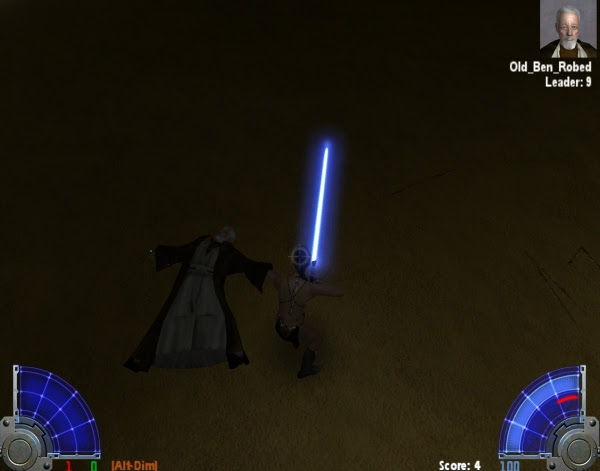 Posted by Setsuled at 4:40 PM
Email ThisBlogThis!Share to TwitterShare to FacebookShare to Pinterest