A Little Enchantment Would be Nice 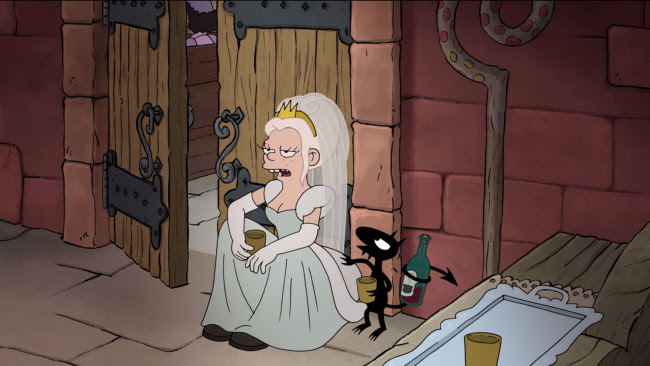 I've watched the first two episodes of Disenchantment, Matt Groening's new series for NetFlix, and maybe it's too early to really pass judgement but so far I'd describe it as "adequate". I think I'd like it more if it weren't so much of a comedy. The backgrounds are genuinely pretty and I'm a sucker for that Fantasy Land aesthetic. 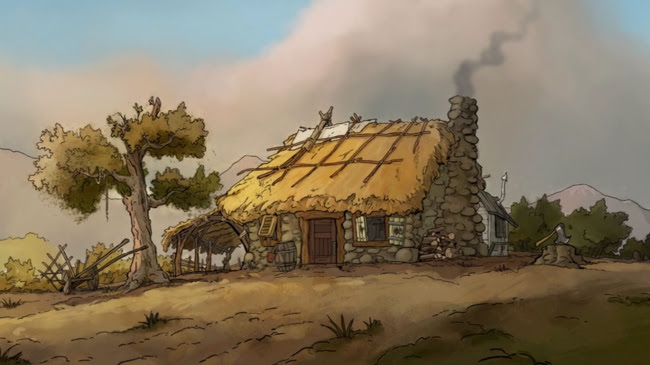 But the story itself is the usual pile on of ultra ironic joke after another, which I don't necessarily hate but there's not enough ingenuity or insight here to get it on its feet. It made me kind of wish I were watching The Princess Bride or Slayers. I was reminded of the bits of new Simpsons episodes I catch now and then, it's kind of the same humour with a little bit of the genre commentary reminiscent of Futurama, particularly in the second episode written by Futurama co-creator David X. Cohen. I do like the shop signs; my favourite is probably "Onion Julius". 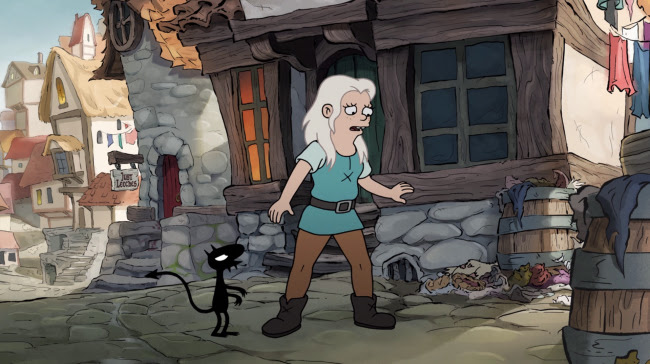 Over the course of its long history, The Simpsons went from being a comedy where the premise is essentially, "Isn't it funny how people are like this?" to, "Wouldn't it be funny if people were like this?" There's a lot more heart in the former, of course, but the latter is quicker and easier, particularly, I suspect, if you've been rich and far away from the typical domestic situation for a long time. But the more human stuff like Bart trying to find a way to apologise to Lisa for destroying her Thanksgiving decoration or Flanders' positive attitude being tested by a run of bad luck hit the border between realism and absurd in a very satisfying way. It used to be what distinguished Groening's series from South Park and Family Guy. The story about a princess running from her obligations in an arranged marriage is more a joke about a type of plot than it is about people. 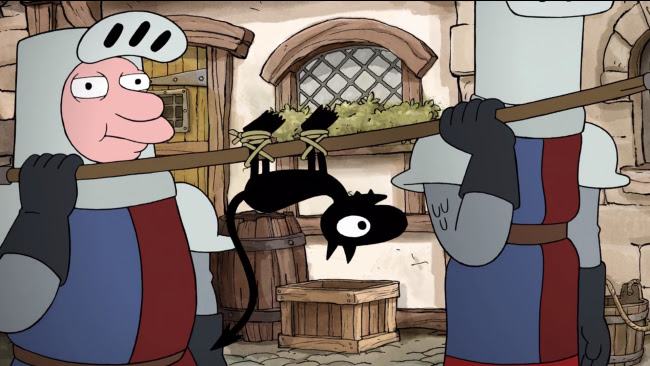 I kind of like the demon voiced by Eric Andre who's always trying to lead Princess Bean (Abbi Jacobson) astray but he's a pale shadow of Bender's gleeful amorality. But I'll try a few more episodes and see what happens.

A violet crowd proceeds above the green.
A swaying leaf detached and joined a wing.
Continued parties drink about the scene.
The sleepy social drifts into a ring.
Defensive cards array about the soul.
A garden grew between the seasoned bread.
The angels came and broke leaden the roll.
Commencing plans were ironed in a head.
The winning Skittle skipped beyond the bag.
A sea of sugar stopped along the shore.
A million prices clutter up the tag.
Balloons were water down inside the core.
A perfect forest held the story long.
Equations built the radish fact'ry wrong.

Posted by Setsuled at 11:27 AM
Email ThisBlogThis!Share to TwitterShare to FacebookShare to Pinterest
Labels: disenchantment, matt groening, television, the simpsons, tv show