Doctor and the Everything Else 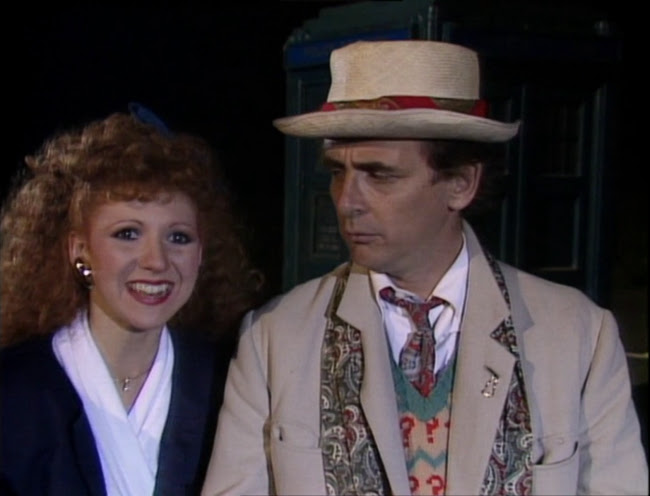 The Seventh Doctor's first season on Doctor Who was not his best. It was an improvement over the Sixth Doctor era due almost entirely to Sylvester McCoy's better instincts as a performer. But I was starved for more Seven and I've watched the second and third seasons too many times so I watched 1987's Delta and the Bannermen again this week. 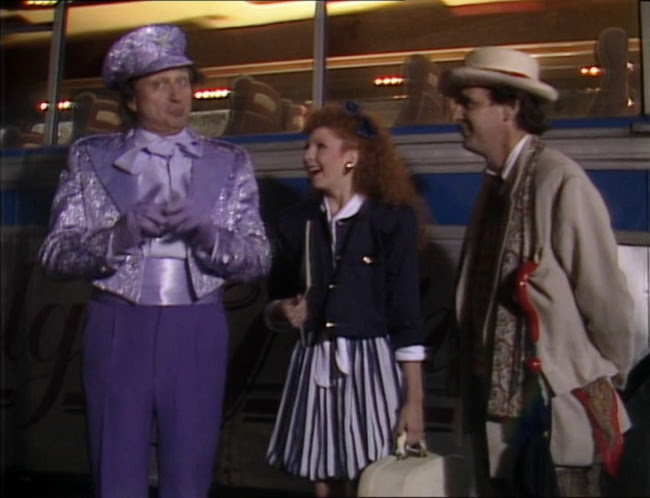 The Doctor and his squeaky carry-over companion, Mel (Bonnie Langford), from his previous incarnation, find themselves at an intergalactic tour depot where they win a trip to Earth in 1959. They meet a wacky guide dressed in a hideous, glittery purple suit played by venerable comedian and singer, Ken Dodd, who passed away this year at the age of 90. 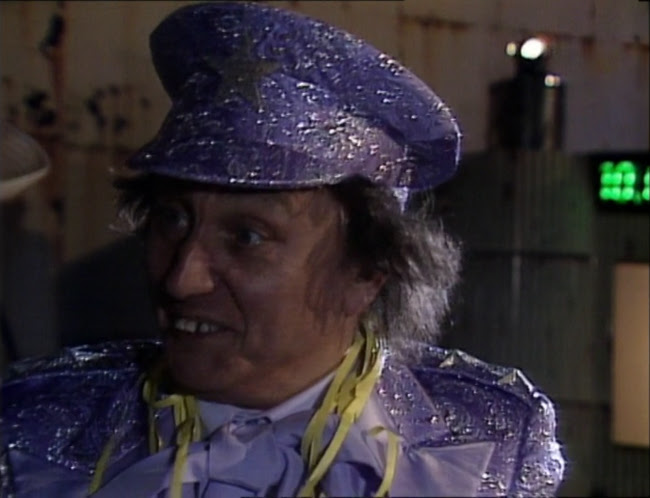 Mel, excited to travel through time and space on a tour bus for once, heads off with a group of aliens disguised as humans while the Doctor follows along in the TARDIS. Unbeknownst to them, a fugitive from a species being wiped out by the terrible Bannermen is also aboard, a young woman named Delta (Belinda Mayne). The group's supposed to be going to Disneyland but a collision with a satellite sends them to the less budget prohibitive Wales. 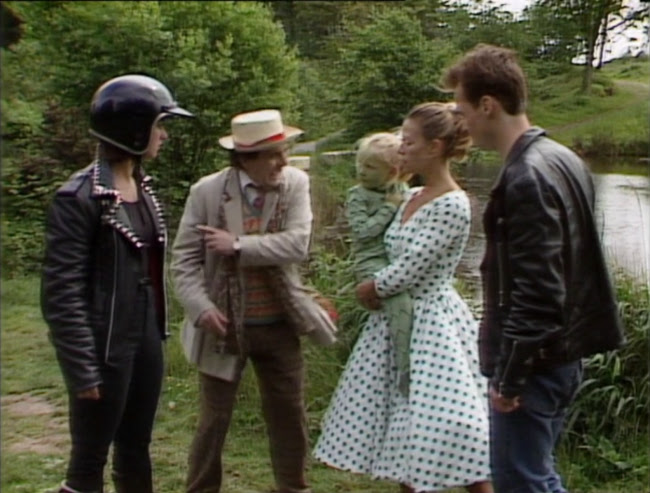 This is a three episode serial that has way too much crammed into it. There's the jolly proprietor of a hotel resort, the starry eyed young man who falls for Delta, his Earthling girlfriend, Delta's strange baby, and a mysterious beekeeper, Goronwy, played by Hugh Lloyd who seems to know more than he lets on about time and space. 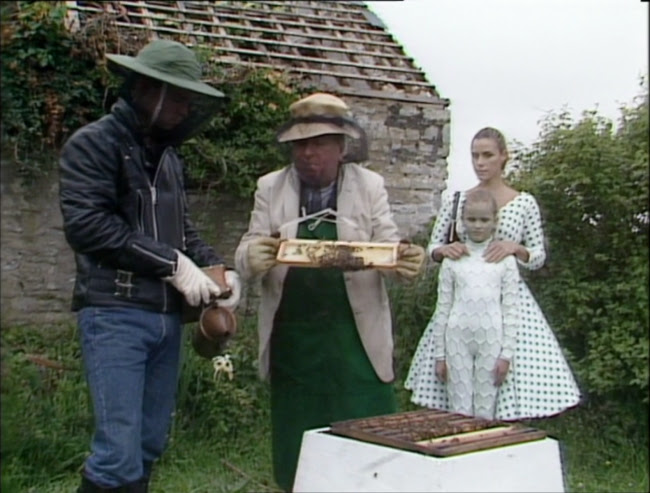 According to Wikipedia, "Steven Moffat endorsed the fan theory that Goronwy is a future incarnation of the Doctor, and said that the idea fit well with the Doctor's line about retiring to become a beekeeper in 'The Name of the Doctor'." He does look kind of like Tom Baker in the 50th anniversary special.

This serial features one of Sci-Fi/Fantasy's many Rays--this one almost became the Doctor's companion because Langford was considering leaving the show. 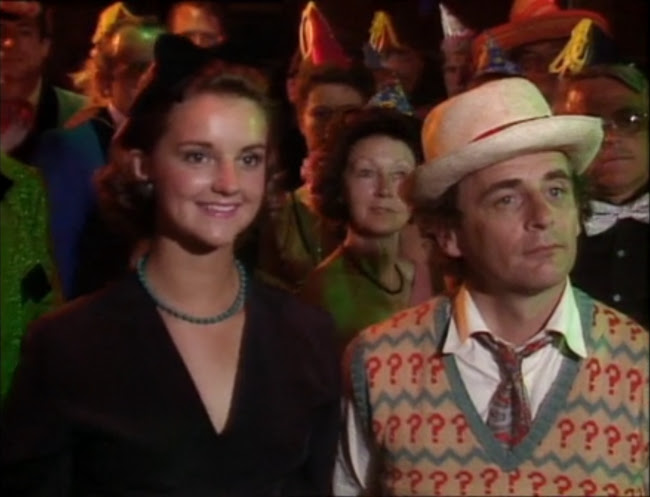 Played by Sara Griffiths, she's cute and not as annoying as Langford, but I doubt anyone's sorry the show went with Ace instead, introduced in the subsequent serial, Dragonfire. A lot of the actors in Delta and the Bannermen come off as exceptionally blank as though they were under orders not to attempt emotions. The romance between Delta and Billy (David Kinder) has all the passion of a customer asking a store clerk where the canned spinach is located. 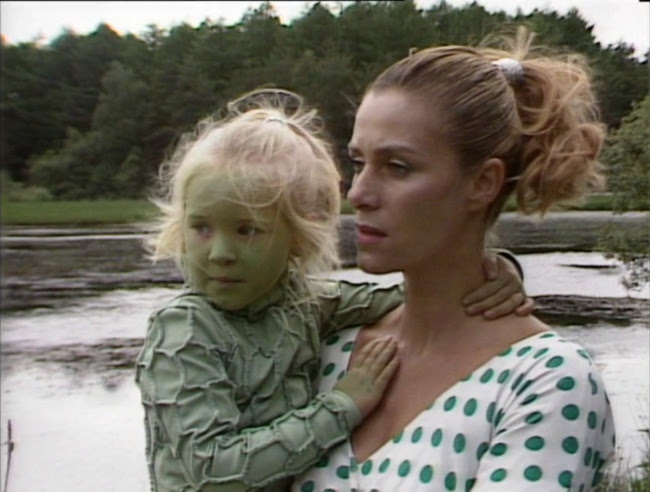 Also crammed into this story are two CIA agents, one of whom is played by Stubby Kaye, best known now as Marvin Acme from Who Framed Roger Rabbit. The two have a mildly entertaining double act but like everything else it doesn't quite have time to build steam. The serial's villain is played by Don Henderson, recognisable to Star Wars fans as one of the Imperial generals from the first Star Wars film. There's an entertaining scene where the Doctor tries to shame him into giving up his plans and things don't quite work out.

There's also some business with a crystal and a musical number but the serial would've done well to cut one or two of these elements and develop what remained a little more.

Posted by Setsuled at 1:13 PM
Email ThisBlogThis!Share to TwitterShare to FacebookShare to Pinterest
Labels: delta and the bannermen, doctor who, sylvester mccoy