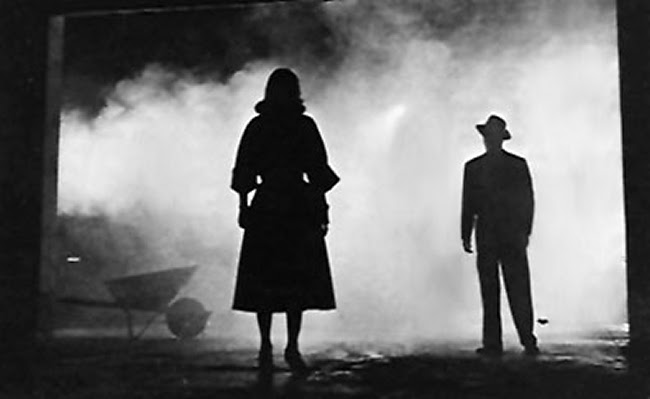 The new Sirenia Digest, which I read this morning, features a cool Sci-Fi noir by Caitlin R. Kiernan called "CHERRY STREET TANGO, SWEATBOX WALTZ." Like a lot of Caitlin's stories for the Digest lately, it features a protagonist being interviewed or interrogated by someone demanding they tell a story that's evidently been told several times before, a someone who implicitly denies any guilt for pointing out inconsistencies in the latest telling of the story. I love the manifold quality of the idea--the same concept presented again and again of a same story being told again and again. One who reads the Digest regularly thereby over time gets a feeling of a continuum, an inexorable trap set by the universe. In this case, the protagonist is a sniper assassin being questioned by a voice coming from a radio. Along with questions relating to a botched hit, the voice also insists the protagonist recite "The Lobster Quadrille" from Alice in Wonderland, another frequent reference for Caitlin.

I found myself thinking about George Orwell's essay on a pamphlet Leo Tolstoy wrote about King Lear. It was referred to in some article I read recently, I can't remember where. But the article was interested in Orwell's point that Tolstoy's hatred for King Lear didn't prompt him to advocate censoring it but prompted him to attempt poisoning the ways in which people enjoy it. Tolstoy synopsises the play in an unflattering manner and deliberately omits or downplays its virtues, as Orwell talks about at length. Orwell ascribes this to a difference between Tolstoy's puritanical and Shakespeare's worldly philosophies. I really love this bit from Orwell:

There are people who are convinced of the wickedness both of armies and of police forces, but who are nevertheless much more intolerant and inquisitorial in outlook than the normal person who believes that it is necessary to use violence in certain circumstances. They will not say to somebody else, ‘Do this, that and the other or you will go to prison’, but they will, if they can, get inside his brain and dictate his thoughts for him in the minutest particulars. Creeds like pacifism and anarchism, which seem on the surface to imply a complete renunciation of power, rather encourage this habit of mind. For if you have embraced a creed which appears to be free from the ordinary dirtiness of politics — a creed from which you yourself cannot expect to draw any material advantage — surely that proves that you are in the right? And the more you are in the right, the more natural that everyone else should be bullied into thinking likewise.

This fits nicely with the plot of "CHERRY STREET TANGO, SWEATBOX WALTZ" about an assassin who cannot explain her inability to hit her target beyond noticing her own unreliable perceptions. The more she's supposed to repeat "The Lobster Quadrille", the more doubtful her impressions of it or anything else subjected to gratuitous scrutiny. As Orwell says, "Artistic theories such as Tolstoy's are quite worthless, because they not only start out with arbitrary assumptions, but depend on vague terms (‘sincere’, ‘important’ and so forth) which can be interpreted in any way one chooses. Properly speaking one cannot answer Tolstoy's attack."

Caitlin's story also features nice references to David Bowie and, of course, film noir. The main concept kind of reminded me of Branded to Kill in a very good way. The story was originally meant to be included in an anthology of noir tales but the editor couldn't understand its meaning. Which would lead me to think on the diminishing interpretive powers of people working in publishing but, then again, even Leo Tolstoy thought King Lear was meaningless.