I admit it; I was a big fan of Dragonlance in high school. Well, I first discovered the books in elementary school, and I'd been reading them for years before I read The Lord of the Rings and found out how much had unabashedly been ripped off from Tolkien's universe. But I'm not exactly bitter about that--Tolkien came up with Middle Earth, hoping to create a new mythology, which would naturally imply multiple storytellers. Since the Tolkien estate keeps an iron fist on the Middle Earth property, folks don't have much choice but to make thinly veiled alternate versions.

My loss of interest in Dragonlance, I think, had to do more with its shoddy underlying philosophies, and almost complete absence of the astounding, beautiful aesthetic sensibility of Tolkien.

But, having just recently discovered the magic of torrents, I couldn't resist downloading the new Dragonlance direct-to-DVD animated movie last night. And, watching it, I was reminded of what was so good about the series--or maybe I'm just now able to articulate it to myself. It's a group of very well realised characters, interacting with fun and credible dialogue, on a quest. It was incredibly clear to me that the story is based on a series of role playing sessions, and the movie gives you the idea of how fun Dungeons and Dragons and role playing can be when done properly.

This is aided in no small part by the very talented cast of voice actors, particularly Kiefer Sutherland as Raistlin Majere, by far the most interesting character of the entire Dragonlance saga. The novel was actually very well adapted into a screenplay--the writer was very good at knowing what to cut and how to make things flow. The musical score was excellent and sounded full.

And yet, the movie's a disaster.

The animation is absolutely abysmal (and not in a good way*). Stiff, poorly shaded 2D animation reminiscent of the old Filmation He-Man series at best is crudely meshed with the cheesiest looking cgi dragons imaginable. Apparently the animation was given over to a Thai studio called Toonz. I don't think I need to explain again why I think this was the whole reason things went south--I covered it pretty well in my post about Hellboy: Sword of Storms.

You hire a cast who're obviously passionate about the material. You get a screenwriter who knows what he's doing. You get a decent composer and a whole damn orchestra. And then you leave the animation reins to a group of people on the other side of the planet who's language you don't speak and who probably don't know thing one about Dragonlance?! THE HELL?!

So it's sad. You're probably better off watching Record of Lodoss War, an anime which ripped off plot and imagery from Dragonlance about as shamelessly as Dragonlance ripped off Lord of the Rings.

After this, I decided to create a female avatar in Second Life; 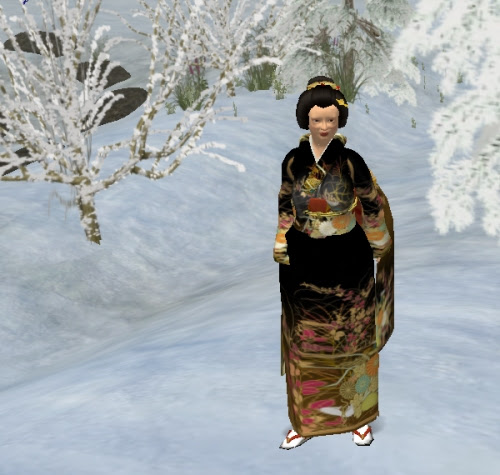 Her name's Toubanua Tairov--Toubanua being the name of Nesuko's sister, though I made no attempt to reproduce Toubanua T'Kreth. That's a picture from after I spent money on her. I was actually doing pretty well with just freebies; 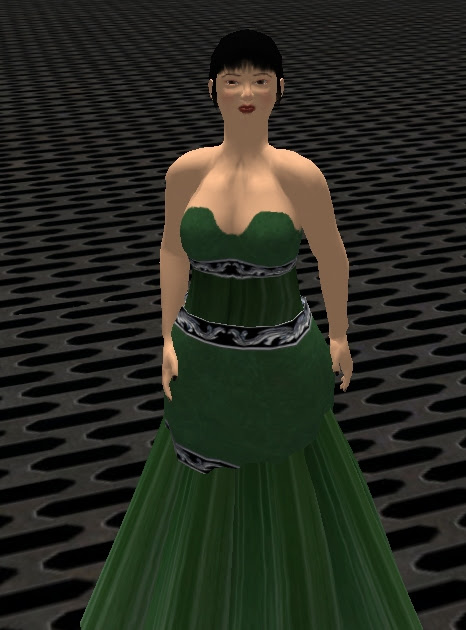 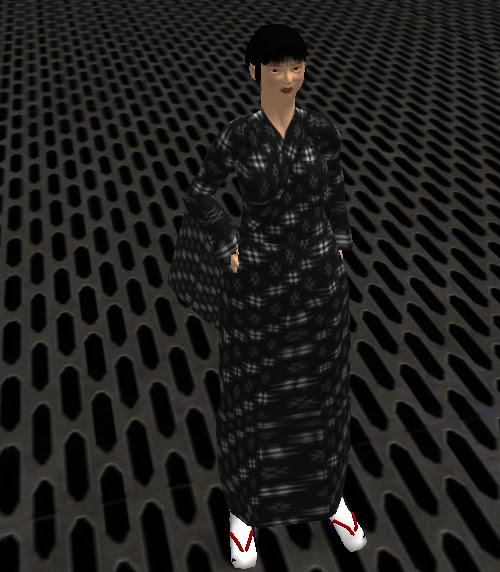 That yukata came from a really nice area recreating Heian era Japan. I had a really nice conversation with the area's owner last night about Akira Kurosawa, and she recommended the freebie place to me called Freebie Planet, which did actually have a lot of nice things.

But, I couldn't resist decking my girl out, so I wired a thousand lindens from my primary avatar and she went shopping at the GION project; 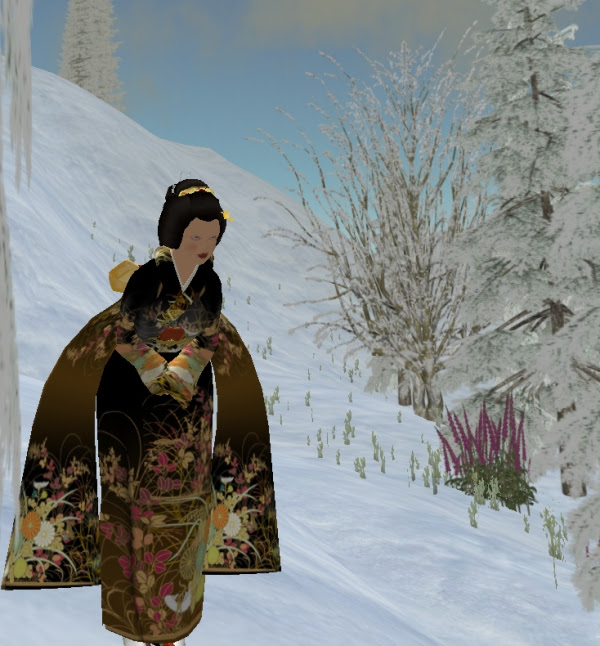 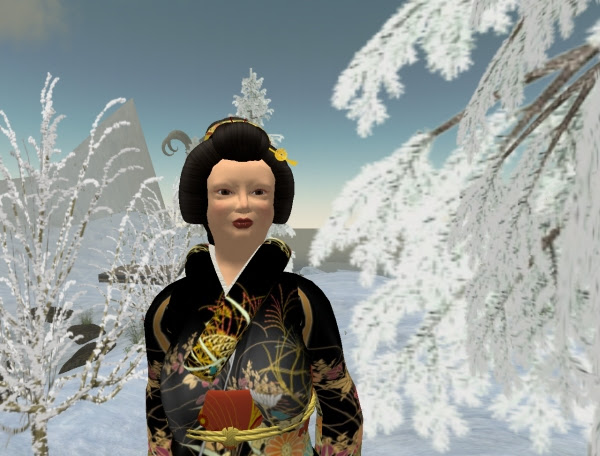 I'm really proud of those puffy eyelids. I figure, everyone's trying to make pretty avatars. I keeps it real! Er, in the fake world. I built her off the "City Chic" female default, so I obviously made a lot of changes.


*Dragonlance fans know what I'm talking about
Posted by Setsuled at 5:17 PM
Email ThisBlogThis!Share to TwitterShare to FacebookShare to Pinterest