I noticed my sister's uploaded some pictures from the cruise; 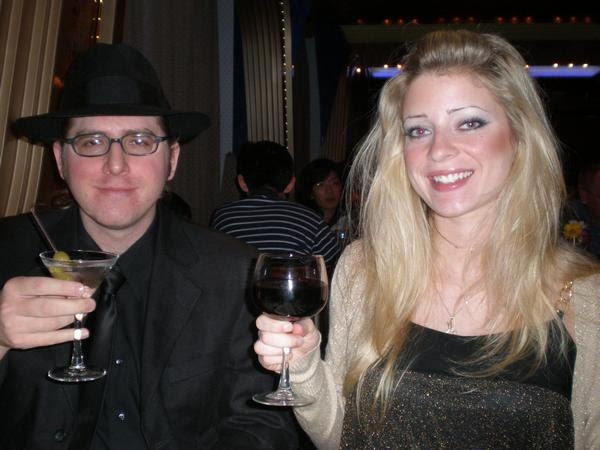 I think that's the best photo of me in years, but I still look like shit. I swear I'm turning into Otho from Beetlejuice. The martini looks great, though. Probably because I know how fantastic it was.

Not a particularly spectacular New Year's Eve for me. I find fireworks sort of dull, so I spent the evening in my room drinking absinthe and watching The 39 Steps. Madeleine Carroll taking off her stockings has to be one of the sexiest moments in cinematic history. The movie itself is a lot like It Happened One Night with a real, constant sense of peril added in.

I also worked more on my wiki yesterday. It's becoming clear to me that I'm using the wiki format to create a story--or several stories at once, actually, though many with recurring themes. It makes me wonder what the Beats would've done with mediawiki, particularly William S. Burroughs. Talk about a word virus.

Last night there was also some Alien versus Ripley. How's that for novelty? 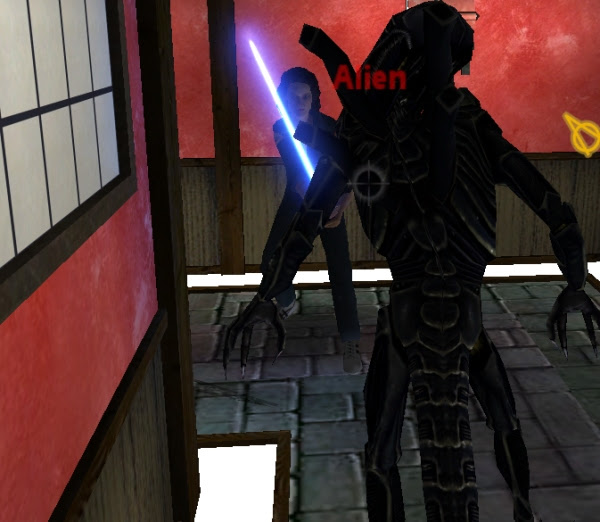 Okay, Ripley had a lightsabre and the fight took place in the House of Blue Leaves from Kill Bill. Jedi Academy has to be the most underrated game of the past twenty years.

Later, Ripley's bot messed up a little and things got kinky; 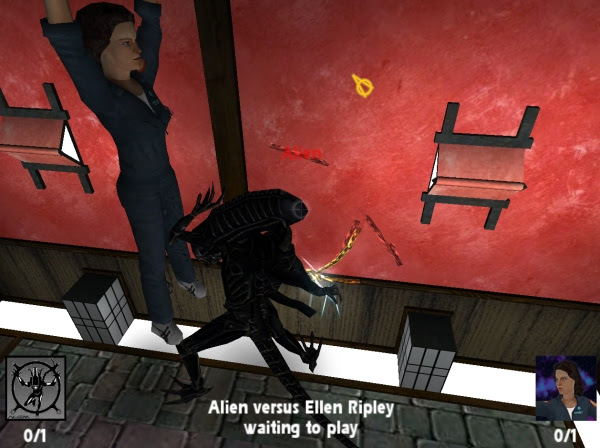 This morning, while eating oatmeal, I watched my favourite episode of Cowboy Bebop, "My Funny Valentine", where Faye reminisces about waking from cryogenic slumber after fifty years, finding she has amnesia, and falling for a con man. I love when she takes the con man from Jet, claiming the bounty on the con man as hers because she owes the con man her life and Spike says, "Amazing! She clearly states a pointless argument!"