I got stuck briefly yesterday behind a van that wouldn't go when the light turned green. The van's license plate read "ENTMOOT". Yep.

Lots more writing on my noir gangster Valentine's Day comic. And no, it probably won't have anything to do with the St. Valentine's Day Massacre. But then again, I haven't finished it yet.

I met my family for dinner at a new Italian restaurant, then did some role playing in the Second Life Dune sim. I logged back onto Second Life again at around 2am after seeing yet another news item about Second Life's GOP Headquarters. I just had to see this place, even if I couldn't vandalise it. 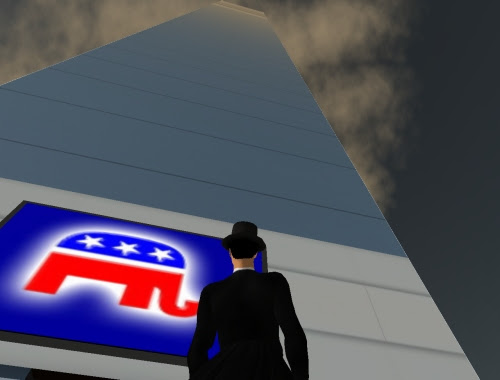 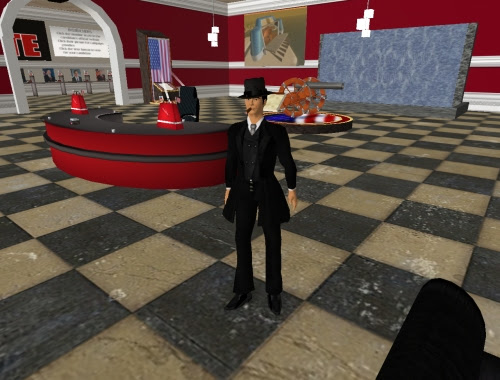 There were free cigars. I guess the Republicans just had a baby. I have to say my avatar looks pretty natural here. "Boy! Find me the scalp of a poor person--I need an ashtray!" 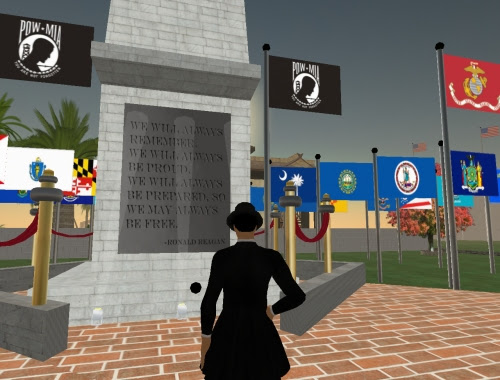 A stirring platitude from Ronald Reagan graces this monument. An impossibly hilarious detail; the little black ball at the bottom was labelled "Pray", meaning if you clicked on it, your avatar would get down on his or her knees and pray to Ronald Reagan. Stephen Colbert couldn't make this shit up. The POW/MIA flags to either side are maybe meant to suggest this is a memorial for fallen soldiers, but we can plainly see what's front and centre. 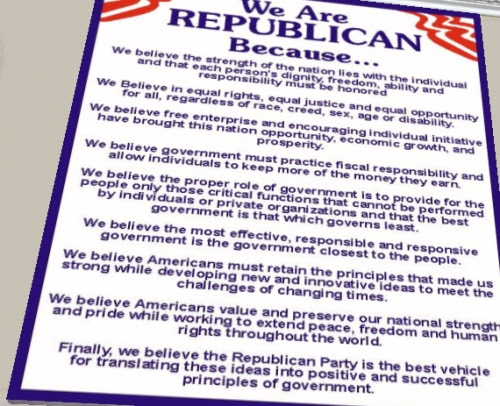 Here are the characteristics Republicans claim as their own. Apparently, Republicans have a monopoly on the life, liberty, and the pursuit of happiness idea. It's not until the fourth item down that you get to a patently Republican ideal; "allow individuals to keep more of the money they earn." Though "allow certain individuals to get more money" would probably be more honest.

Doing a search for "Republican Headquarters" also brought up Ron Paul's Second Life HQ, so I decided to see what's doing in the senile racist department. 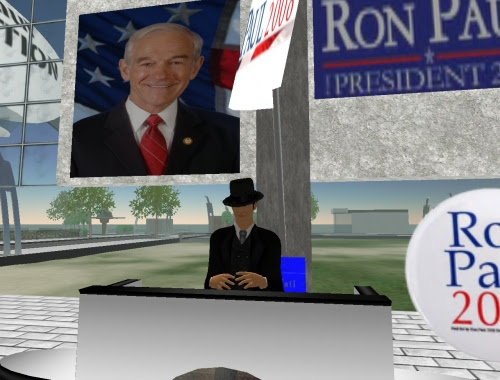 Giving a speech in front of a sanguine portrait of Emmett Kelly Ron Paul. "Er, business owners should be able to hire all white employees! Gay people make bad parents! Where am I? Who are the people supporting me? Why are my pants are wet?" 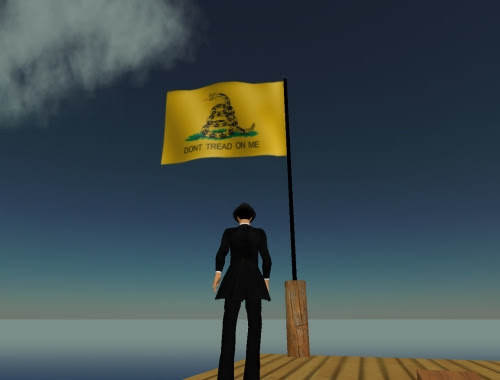 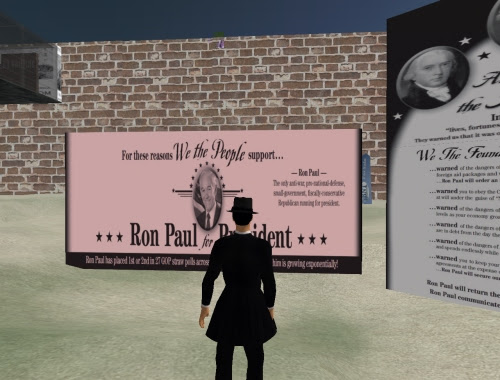 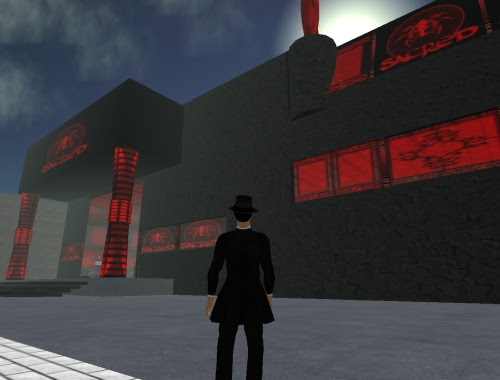 Next door to the Ron Paul place was this distinctly white supremacist looking place. I don't actually know if they are white supremacists, but they're certainly a virulent strain of prudes. This news group sponsors "Sacred" (careful with that link--the music player on their site caused my browser to crash). I found there an article condemning a certain sex shop that sells tentacle sex toys--the very shop where my I bought my avatar's penis. Sorry, SL Enquirer, they've been a better friend to me than you have.
Posted by Setsuled at 4:42 PM
Email ThisBlogThis!Share to TwitterShare to FacebookShare to Pinterest