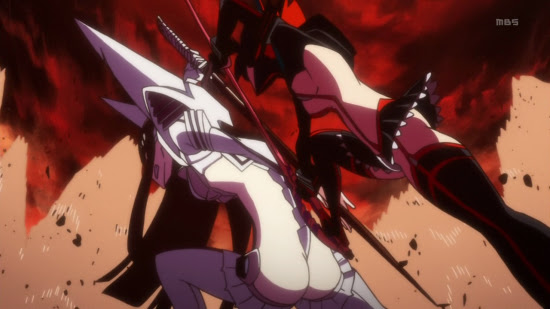 There's a site called The Hawkeye Initiative where people jokingly draw male superheroes in the ridiculous, sexy poses of female superheroes. Some of the drawings are funny though I don't agree with what apparently motivates these artists, the idea that fan service is inherently sexist. I wonder what they would make of Kill la Kill. 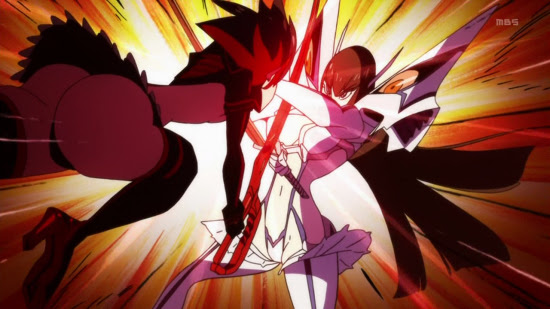 GAINAX was always well aware of what they were doing with fanservice, but GAINAX alumn Hiroyuki Imaishi has always been beyond unabashed with his cheesecake. 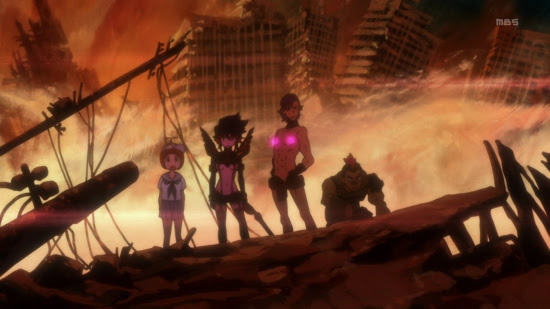 And it's hard to imagine anything more ridiculous than Kill la Kill's mostly male "Nudist Beach" militia. In the newest episode, the Nudists revealed their combat mecha, bird-legged machines which require them to lay flat on their stomachs while their bare legs and bottoms protrude out the back. 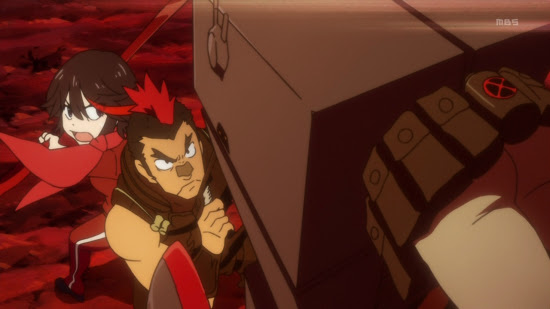 Somehow I doubt anyone drawing women in these poses would be doing so as part of a crusade for media justice.

It seems I was wrong when I thought the two week lull marked the end of the first season as there's been a couple new episodes since then--I'm glad I was wrong, particularly in regards to this latest episode which features another great showdown between Matoi and Kiryuin. 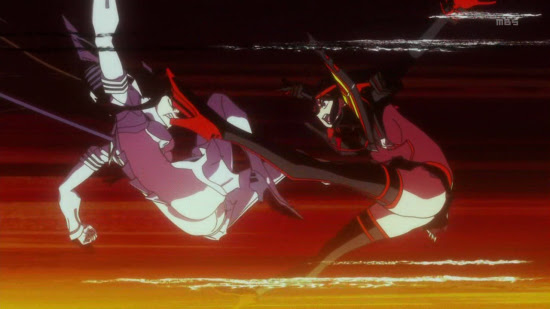 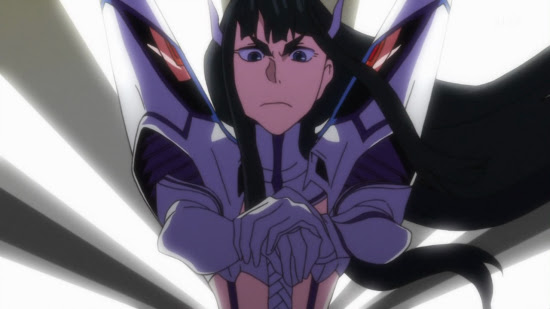 This newest episode features some of the best animation the show's had in a while. It reminds me of the mid-series episode of Imaishi's previous series, Panty and Stocking with Garterbelt where the show's sex and potty humour was interrupted for a grand running gun and sword battle at a high school. A lot of what Imaishi and his team learned in completely indulging their ids on that series has obviously carried over to the somewhat more restrained Kill la Kill and, indeed, Kill la Kill isn't as consistently impressive. The fight of the week format drags the show a bit but I did sort of like this ultra capitalist guy whose armour is shaped like a giant crab: 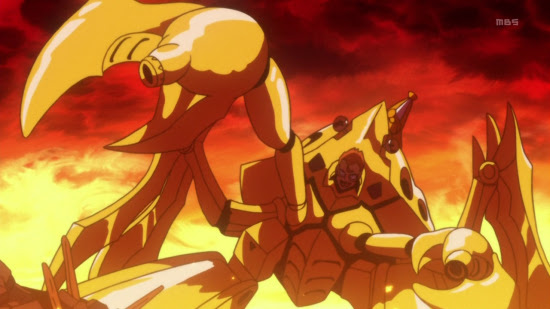 The kanji used for words relating to purchasing things, 買, contains the kanji for shellfish, 貝.