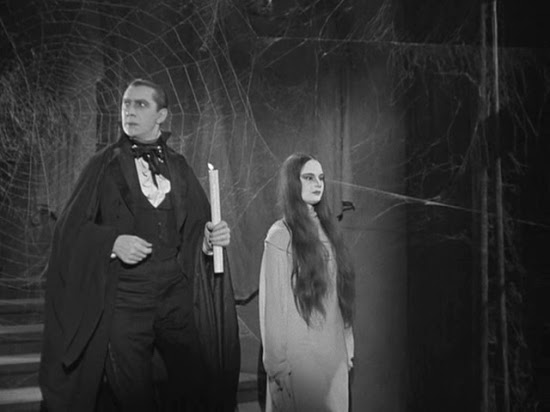 A vampire film starring Bela Lugosi and directed by Tod Browning but it's not Dracula. It's 1935's Mark of the Vampire and top billing actually goes to Lionel Barrymore who portrays a version of Van Helsing called Professor Zelen. At only an hour long with a twist ending that makes no sense whatsoever the film has some really nice imagery and performances but feels incomplete and tampered with.

It's a remake of Browning's legendary lost silent film London After Midnight but it features several elements from Browning's 1931 Dracula--in addition to Lugosi as Count Mora (Dracula for all intents and purposes) the interior of the vampire's castle is nearly identical to the one in Dracula. There's even the same "we people of the mountains" peasant with the big bushy moustache. 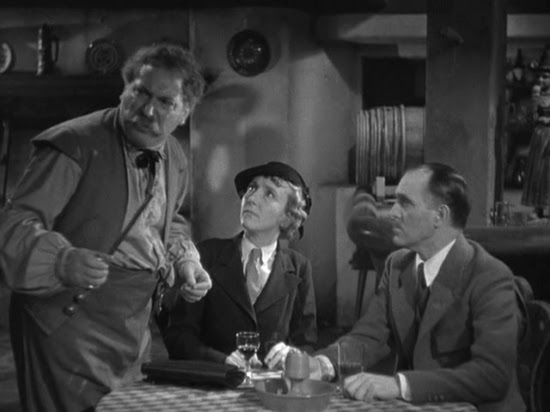 One of the main differences is that this film has more elements of comedy manifested primarily in the goofy serving staff of the Baron who's murdered by a vampire early on.

The comedy in the film doesn't work at all, the broad performances serving really only to undercut the tension created by some genuinely fantastic compositions by Browning. 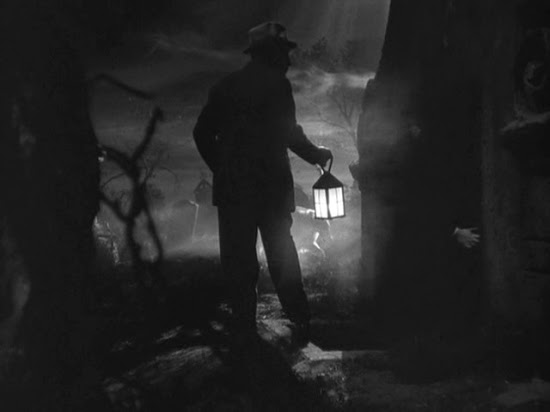 The Wikipedia entry suggests (without citation) that the film was edited down due to a suggestion of incestuous love between Count Mora and his daughter Luna (Carroll Borland). Maybe it was also for the lesbian undertones in Luna's seduction of the Baron's daughter Irena (Elizabeth Allan). 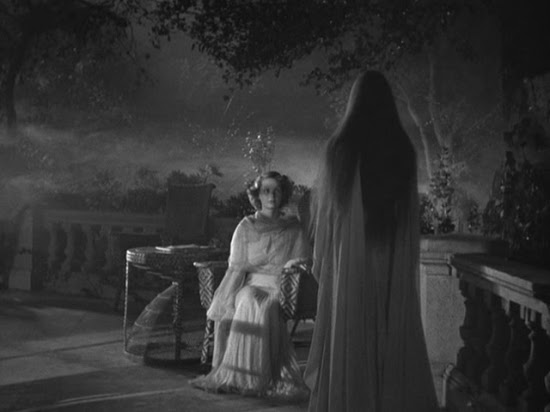 Luna's pretty cool just wandering about coldly and I would say Lionel Barrymore's performance is rather interesting--he uses a strange, fervent monotone that starts funny but at times comes up to genuinely creepy. But for the most part, this film feels like a diminished version of something greater and lost.
Posted by Setsuled at 9:24 AM
Email ThisBlogThis!Share to TwitterShare to FacebookShare to Pinterest