The Best of France in a British Bath 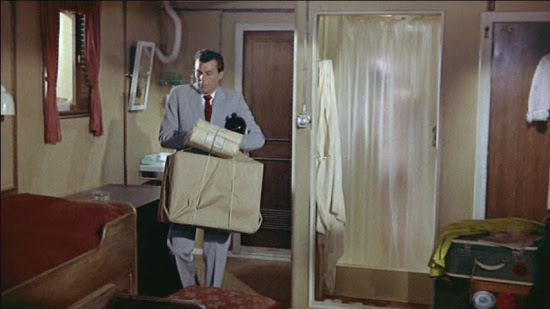 A year before it made such a splash in And God Created Woman, Brigitte Bardot's famous posterior made a blurry debut in 1955's Doctor at Sea, the second in a series of British comedy films starring Dirk Bogarde as Dr. Simon Sparrow. It's a very enjoyable film, screwball without being formulaic or, more importantly, abandoning the personalities of its characters for gags. More likely to make people smile than laugh but it's very charming.

Getting fired from his job as assistant at a private practice due to a misunderstanding related to his employer's amorous young daughter, Dr. Sparrow joins the British navy as a ship's Doctor. One of the surprisingly impressive things about this film is that the production apparently had an actual cargo ship at its disposal and was able to take it on location in South America. 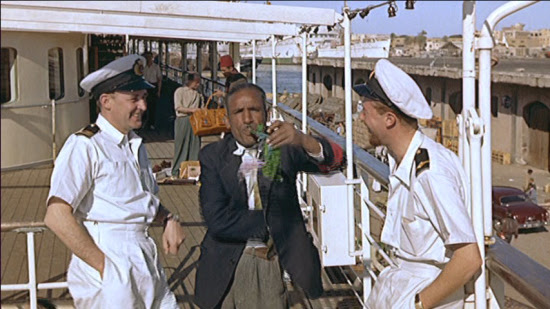 The DVD (which my sister gave me for Christmas) has a really crisp picture, the colour film apparently having undergone restoration, allowing us to appreciate the location cinematography along with other virtues. 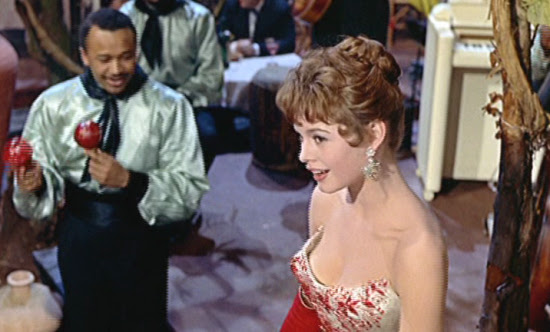 Rather a nicely chosen angle for this shot.

Young Bardot is absolutely adorable playing Helene Colbert who we meet as a Cabaret singer who then becomes a passenger on the cargo ship, taking the Doctor's quarters before there's time to inform him, allowing her to strip naked, get in the shower, and leave the door unlocked so he can of course walk in on her by accident. 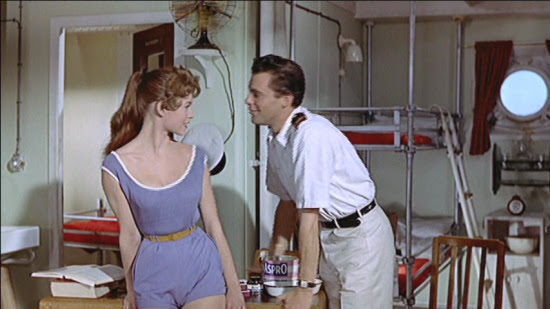 I know Dirk Bogarde from the considerably more ambitious films Death in Venice and The Night Porter so it was rather strange seeing he had a comfortable career years before in relatively safe comedies. He is quite good--with plenty of energy but never over the top.

He and Bardot's character do start to fall for each other but it never amounts to more than the two staring dreamily into each other's eyes. I wonder if producers diminished her role due to her thick accent. In any case, most of the tension comes from the crew of the cargo ship, especially James Robertson Justice as Captain Hogg whose toilet pipes routinely rumble flatulently above Dr. Sparrow's quarters. 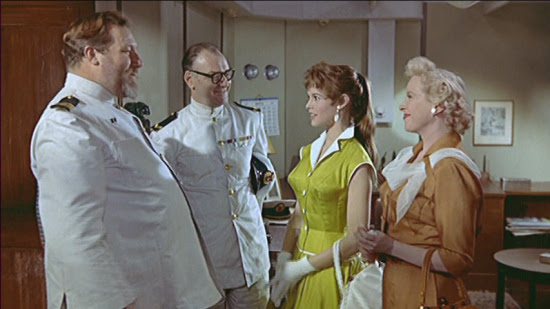 At one point, the captain accidentally takes alcohol with some medicine the doctor prescribed him which causes a severe drunkenness--the captain then orders abandon ship just as a drill. That's the craziest thing to happen in the movie. It didn't really feel like the writers wanted it to be an especially extreme screwball comedy. It works out to just be a very undemanding, charming story about somewhat kooky people at sea.