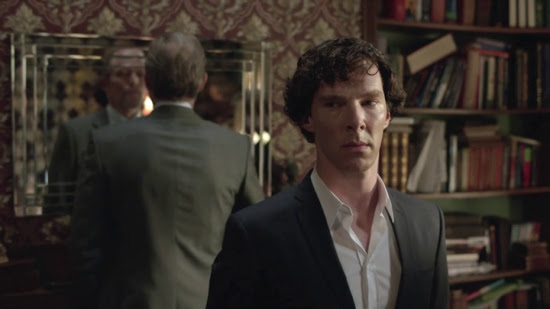 It's too bad every episode of Sherlock can't be written by Steven Moffat. Though maybe it's his having had more time to work on this season's finale, "His Last Vow", which aired last night, that made it around eighty times better than both the episodes that preceded it. The show was genuinely clever again with a series of twists and deductions that never felt arbitrary. Unexpected and logical things happened that also advanced character development and explored interesting ideas about justice and morality.

I liked it so much that afterwards I immediately read again "The Adventure of Charles Augustus Milverton", the story on which "His Last Vow" is largely based (despite the episode title's resemblance to the story "His Last Bow"). I was surprised how very many details came directly from the story, including Holmes' surprise girlfriend whom Holmes treats almost exactly the same and to satisfy the same needs. 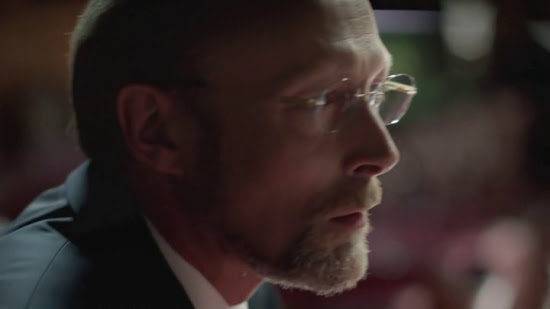 Charles Augustus Milverton's name is changed to Charles Augustus Magnussen (a name that reminds me of current World Chess Champion Magnus Carlsen--probably a coincidence) but Lars Mikkelsen's performance is extraordinarily similar to Conan Doyle's description of the character.

Charles Augustus Milverton was a man of fifty, with a large, intellectual head, a round, plump, hairless face, a perpetual frozen smile, and two keen grey eyes, which gleamed brightly from behind broad, gold-rimmed glasses. There was something of Mr. Pickwick's benevolence in his appearance, marred only by the insincerity of the fixed smile and by the hard glitter of those restless and penetrating eyes. His voice was as smooth and suave as his countenance, as he advanced with a plump little hand extended, murmuring his regret for having missed us at his first visit.

Aside from the plump part--Magnussen is rather thin--it could be a description of the Sherlock character. Mycroft is a lot thinner than he is in the books, too--I wonder if this trend is reflective of a feeling that overweight people can't be taken seriously as masterminds.

Charles Augustus Milverton was based on a real blackmailer named Charles Augustus Howell but while much of the disgusting spirit Conan Doyle effectively conveyed based on his impression of Howell is present in the Sherlock episode, Magnussen features characteristics of a more modern, notorious scandal merchant called Rupert Murdoch. It's a sly point on Moffat's part that slanderers and blackmailers have cut out the middleman and started publishing the media that hosts their dirty work. One of the concluding points Moffat makes shows Sherlock and John being surprised by just how much easier it is for Magnussen than Milverton who by comparison reflects a more innocent, Victorian perspective on the nature of character assassins. 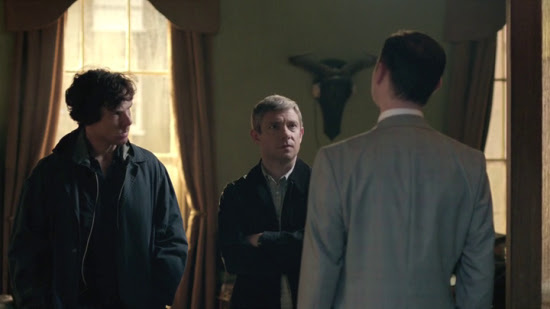 Some might complain the episode feels more like James Bond than Sherlock Holmes but I might point out "The Adventure of Charles Augustus Milverton" actually features less detective work than the episode. It's much more an adventure about Holmes and Watson breaking into Milverton's home and unexpected things happening. I haven't read the original stories in quite a long time and I'm starting to remember now how stories after The Hound of the Baskervilles tended to be more about Holmes and Watson, Men of Action, than about Sherlock Holmes, Detective.

The conclusion of the episode is only slightly different. What Conan Doyle presented as implicitly right, morally, is also effectively in the episode but the show questions itself a bit more--leading one to the somewhat ominous conclusion maybe Conan Doyle was right. As a matter of fact, this episode of Sherlock makes a very dangerous assertion. I like it.

The red hovercraft collapses in seeds.


Karloff crosses from battle to the plague.


V shaped clouds collect in a devil's den.
Posted by Setsuled at 12:01 PM
Email ThisBlogThis!Share to TwitterShare to FacebookShare to Pinterest