Up at 5:30am this morning. I've been getting up at 6am the past week and a half, mainly to get used to it for when I start classes at the end of the month. It took so long to get a councillor appointment I didn't find out I needed to take an anthropology class and some general nutrition class to satisfy my physical education requirement until late in the registration period. So the only classes available were at 9am. And I thought it was hard getting to a noon class last spring.

At least I'm done with math. It's so nice just having that thought in my head. No more math. Unless I suddenly decide to be a marine biologist or an accountant. Pity the whale or human who'd have me for either. I got through the last math class by the skin of my teeth--somehow I did well enough on the final to squeak through with a C even though on the other tests I had an A, two Ds, a C, and an F. That last one because I ran out of time and had to leave several answers blank, unread, because I spent so much time on one problem just trying to figure out how to do it. I did get that one right, for all the good it did me.

But what about art? Yesterday Caitlin posted on Facebook this picture I made of her Secret World character Isobel: 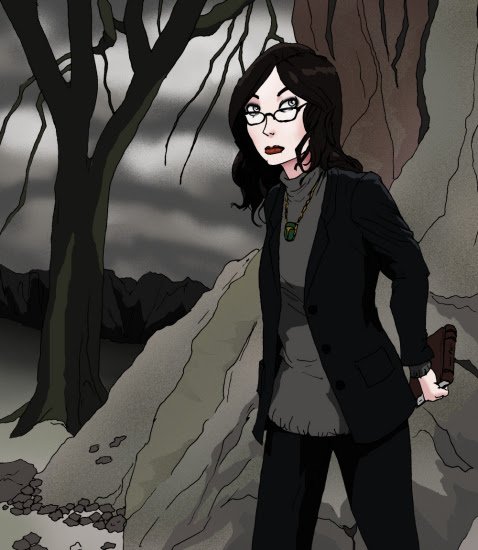 And for the past four days I've ramped up work on The Casebook of Boschen and Nesuko #3, but it still looks like projecting a middle of January release was too optimistic. When I started this project I decided, since I have so many other things on my plate now, it was going to be a project on which I'd keep myself on a less rigorous schedule, just releasing issues when I can, at whatever pace I felt like. But I'm getting impatient with myself. #2 came out in September and here I'm looking at February for #3 on a series I project will ultimately be no fewer than five issues. If only I had more time. And energy, goodness knows it's hard to stay as motivated as I used to be. Well, as an artist. That's where the impatience comes from--I have plenty of stories I want to write and that part of my brain digs the spurs into the artist part. I actually rewrote the last six pages of the #3 script a couple days ago. After Casebook, I think I'll try and stick to shorter, more contained stories like Echo Erosion, things I can finish completely over the course of a summer, unless by some miracle I find an artist who wants to work for me. But it seems like the ratio of comic writers to comic artists floating around is something like 9000 to 1. I actually have another project in mind already and I'm slightly frustrated I won't be getting to it until mid-2015 at the earliest.

Maybe one of the artists on the new anime series Space Dandy would want to jump ship and work for me. 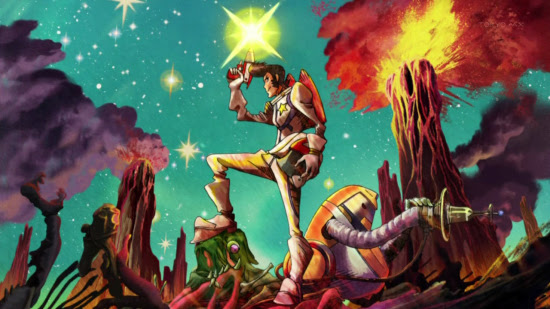 I watched the first episode of this new Shinichiro Watanabe directed series a couple days ago. Certainly its animation and design are light years beyond its writing. Watanebe is the creator of Cowboy Bebop, a success he hasn't since been able to equal artistically or commercially and I don't predict Space Dandy will break this streak. It has the same problem Samurai Champloo had--too much of its humour is based on the fact that it's a TV show, too many scenes bank on a moment where the character observes what an absolutely outrageous thing he's doing for a television show character. I don't mind that sort of thing now and then but aside from the basically entertaining retro parody premise, the show's impressive animation seems to be wheels spinning on no traction. Space Dandy, the main character, hunts undiscovered aliens to register them, which turns into him and his two alien cohorts experiencing intense physical comedy on a rocky planet, running from giant creatures. 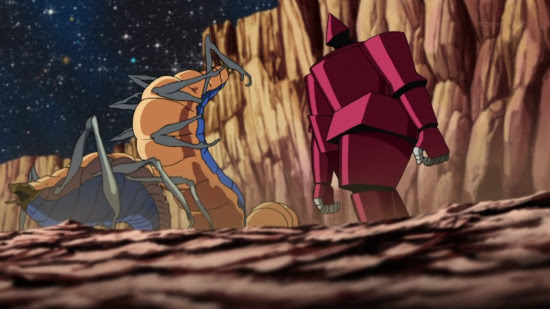 Yet it was precisely for the more Looney Tunes sort of humour that I was digging Kill la Kill which, by the way, concluded its first season, I think. The twelfth episode doesn't feel like a final episode at all but since there hasn't been a new episode in two weeks I guess that was it. 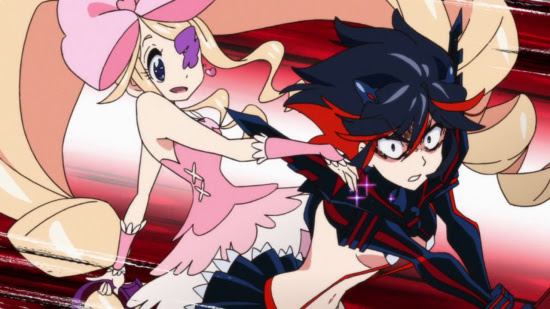 It's still one of the best anime series I've seen in a long time. Though four episodes before the end it devolved into an autopilot, Fight of the Week format, the same thing that made the second season of Medaka Box unwatchably dull. Kill la Kill manages to stay a little more lively, though. I did like the berserker Matoi in the final episode. 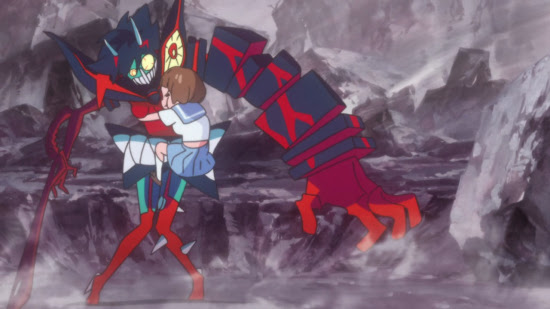