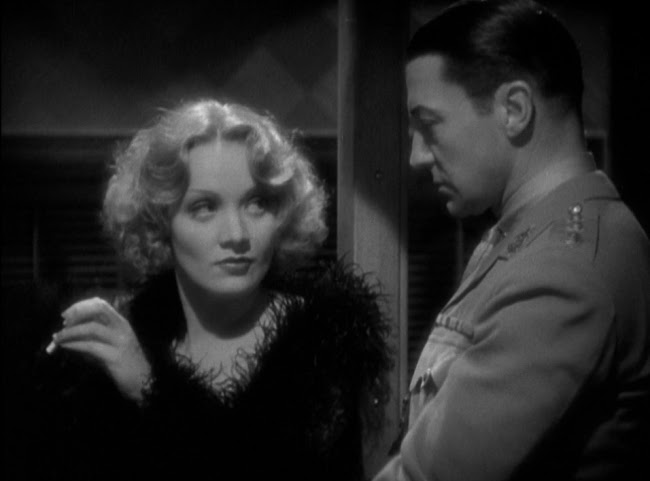 For a movie mostly set on a moving train, 1932's Shanghai Express brilliantly conveys a sense of bittersweet stasis. Director Josef von Sternberg uses very slow dissolves and has his actors contemplatively lounging most of the time--most memorably, of course, Marlene Dietrich.

I love Marlene Dietrich in any movie but she really is a different beast in von Sternberg's films, as the famous intimacy of their collaborations would suggest. Dietrich so often comes off as worldly and consummately self-possessed--here she plays a character who very much has those qualities and yet Dietrich comes off as extraordinarily innocent. 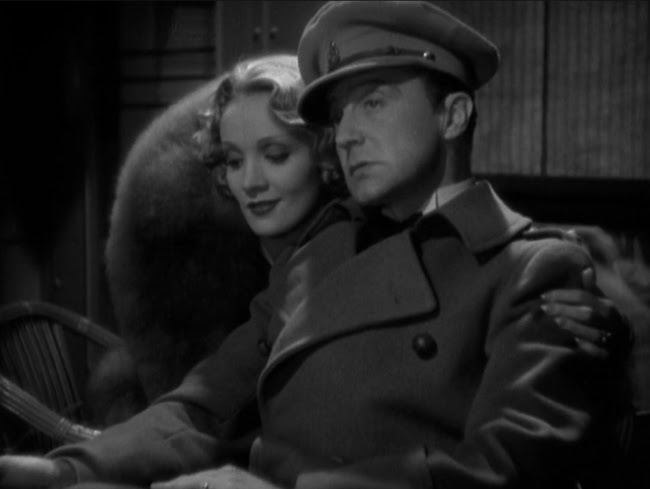 Something about the way she so rarely focuses on the people she speaks to in this movie. Her eyes rove about constantly while her face and body are still. It's like a haunted portrait. 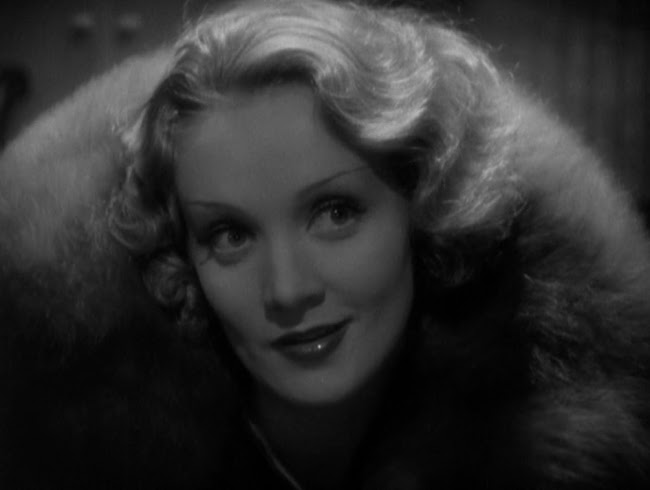 What a pleasure it is to take screenshots from this movie.

On previous viewings, I hadn't liked Clive Brook as her love interest but last night I really appreciated him as the solid British officer. Nevertheless, it's Shanghai Lily (Dietrich) who's the real heroine of the film, along with Hui Fei (Anna May Wong). 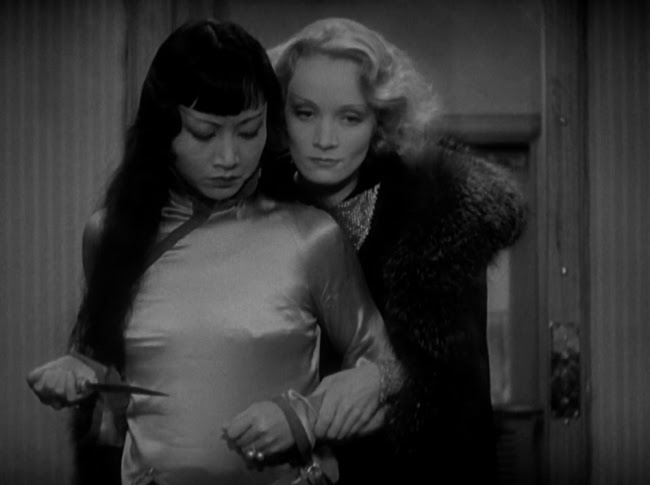 I would so love to watch ten movies of these two ladies lounging and smoking and occasionally stabbing someone all around the world. The beautiful economy of these two--just as every frame of either one makes for a beautiful still picture, every line conveys volumes. It suits the film's contemplative moral tableau. At first, Shanghai Lily's reformation only seems to cause problems. When she won't sleep with Chang (Warner Oland), it actually makes things worse between her and Doc (Brook) because of the moral high ground he insists on taking. The tension takes hold as decisions are delayed and the ax hovers over everyone's heads. 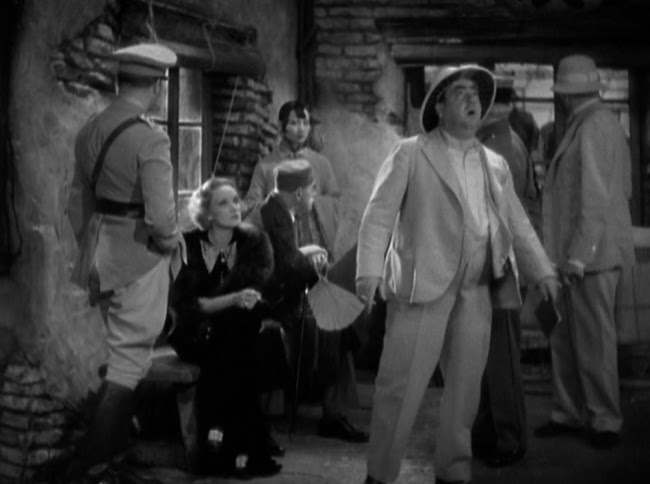 The slow, dreamy pace contributes to a sense of anxiety in this depiction of China in the midst of a civil war. The train is stopped and inspected by first one military and then another. Between being shoved, questioned, and tortured, all everyone can do is wait and wonder. Shanghai Lily is at ease in any circumstance with her cigarette and a gramophone, except now and then her hands tremble. 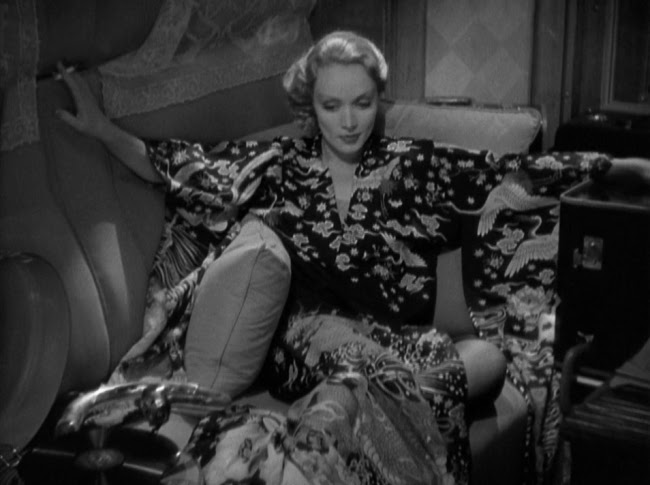 Shanghai Express is available on The Criterion Channel until April 30.

The music masks another running show.
The careful beads invoke a noisy shirt.
The nervous arrow clasps its loving bow.
An Ernie shadow tailed the lonesome Burt.
A language setting changed the choices here.
A message shirt proclaimed the team and crew.
A culture stored a social ale and beer.
A savage toasts a sweet and bubbly brew.
Forgetful dreams ordain the world's collapse.
The vital threads were all too rarely seen.
Beginnings fade behind the same relapse.
The panicked mind emerged and shakes the screen.
The ratt'ling train derailed a trembling hand.
A country slowly changed to roving band.