The Unlikely Vampire in the Mirror 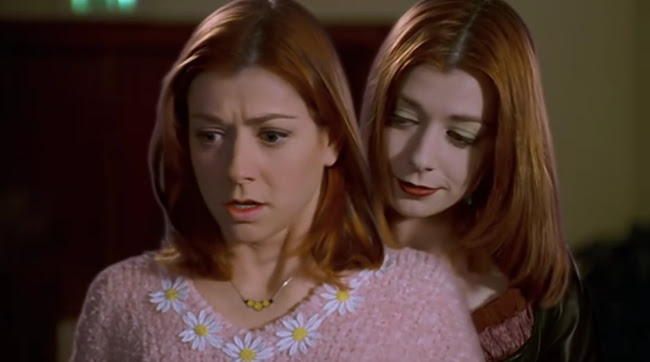 It can be liberating meeting your doppelganger, at least it is for Willow in "Doppelgangland", a third season episode of Buffy the Vampire Slayer. Written and directed by Joss Whedon, it's a showcase for Alyson Hannigan who confirms her status as the best actress on the series with this episode.

Evil vampire Willow (Hannigan) was introduced a few episodes back when Cordelia (Charisma Carpenter) was transported to an alternate dimension when she carelessly wished to a vengeance demon that Buffy'd never come to Sunnydale. Now that same demon, Anya (Emma Caufield), trying to regain her powers with the help of Willow Prime, accidentally just brings over Willow Bad. 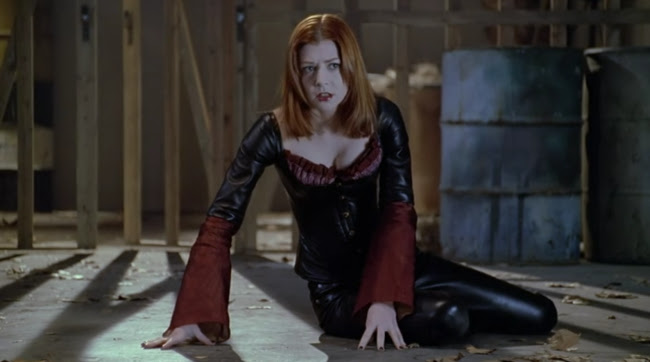 Willow Prime is especially nerdy in this episode. I like a graceless snort she has when making a dumb joke about how "Buff" is buff. And her outfit looks genuinely out of touch with hip--it's all safe and friendly, contrasting with Willow Bad's leather and cleavage. 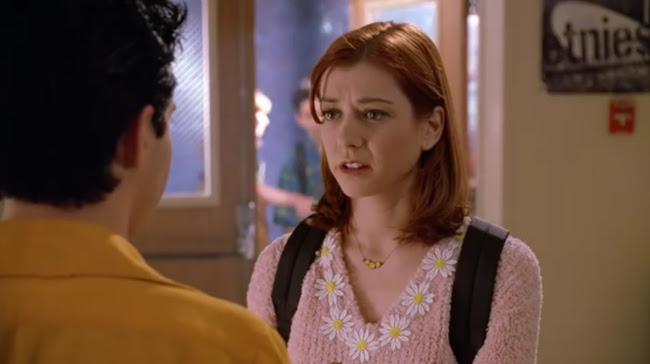 The episode doesn't pass up the opportunity to have the two swap wardrobes and Willow Prime comments on her elevated bosom with authentic innocence, "Oh, hey, look at those." 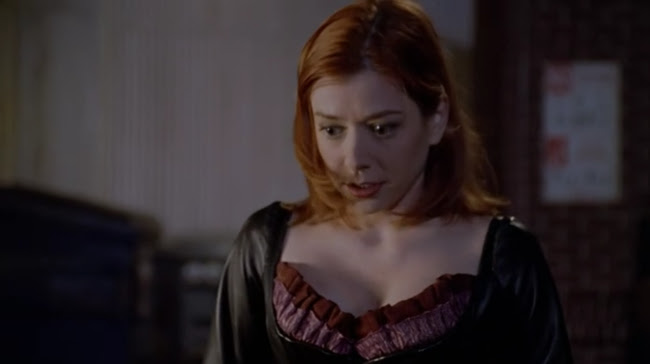 The difference between how Hannigan plays the two really does show her skill. Willow Prime always seems like she's second guessing what she says before, during, and after she says it while Willow Bad is content to level a long glare at Cordelia. 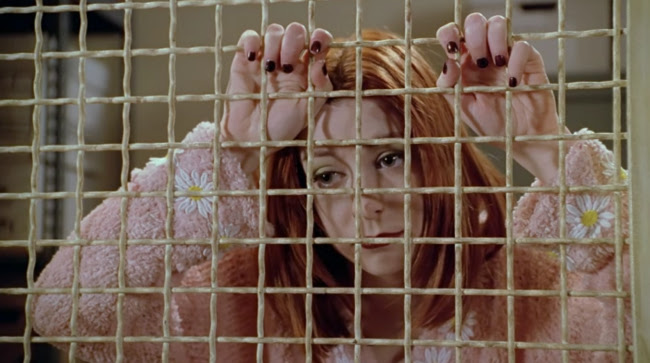 I remember liking this evil Willow much more than the season when Willow Prime actually turned villain. But it was over ten years ago the last time I watched this series, I'm not sure my feelings will be the same.

Posted by Setsuled at 3:18 AM
Email ThisBlogThis!Share to TwitterShare to FacebookShare to Pinterest
Labels: buffy the vampire slayer, doppelganger, willow