Thursday's flowers grow sharp with precision.
Haphazard stars fall in cereal milk.
Morning hunger soon makes your decision.
Liquid funds in cloud banks are hard to bilk.
Sleeping's the best way to invite visits.
Some instead watch TV sleep they don't try.
Fatigue gets you the Red Queen's dry biscuits.
You hear Gilbert Gottfried laugh when you die.
Angels speak in an insensitive tongue.
They send cops to murder an alien.
Robbing banks only saves souls for the young.
One book might beat four years of Italian.
The Atlantic carries potatoes here.
An orange tuber's eye sheds an opaque tear.

To-day so far hasn't gone much as planned. Well, it started out exactly as I'd meant it to--breakfast while watching the latest Baka to Test to Shokanju (which featured one of the most gratuitous Evangelion parodies I've seen) followed by some chess in Second Life. I lost both games I played--I almost always lose nowadays. Partly I think it's just that I'm playing against a more skilled group of players than I had been, but also I feel like I've lost some mechanism in my mind that made me figure out offensive manoeuvres. I'm stuck on defence--I have always been a defensive player, and it always took some concentration to shift gears, but it's been ridiculous lately. The moment I was a little ahead in the game I won a couple nights ago, I had a definite feeling of, "Oh, shit, what do I do now?"

Afterwards, my plan was to go to the Japanese market and write the next Venia's Travels script in the nearby Japanese restaurant. Only, when I got there, I realised I'd forgotten to bring my phone with me. It drives me nuts not having my phone, so I just bought some Japanese sweet potatoes and came back. There were some daikons there I considered getting, but I don't know how to prepare them. I wonder if they can be baked like potatoes--they're actually enormous, white radishes. 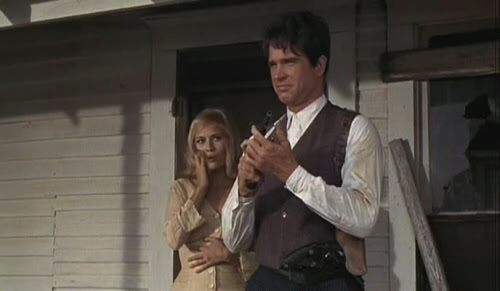 Last night I watched Bonnie and Clyde. It's a movie with flaws, but mostly it's a good rumination on the frailty of human society on top of the true nature of the physical world. There's not a single character in the movie who doesn't seem innocent--not Clyde Barrow, who murders people in the course of his bank robberies--he sees it as a natural part of his role. Not the police, who take pictures of one another in a bank the Barrow Gang has just robbed--clearly star struck, and as awed by the legend of Bonnie and Clyde they help create for the papers as bystanders and Bonnie and Clyde themselves. The way the robbers laugh in excitement as they flee police and the generally upbeat quality of the banjo on the soundtrack gives one the impression this is all a game children are playing with deadly toys--guns and cars.

One of the Barrow Gang, Banche Barrow, who was still alive when the movie was released, complained, "That movie made me look like a screaming horse's ass." I don't blame her for being unhappy. I read this after watching the movie--I'd been on the fence about her character, who's seen running from gunfire with arms flailing and emitting a comical, persistent scream. A lot of things about the movie come off as slightly campier than I'd have liked, but I generally found Bonnie and Clyde's relationship interesting enough to overcome it. I really wish Faye Dunaway had looked more period appropriate, though. You can't look at her without seeing 1967. 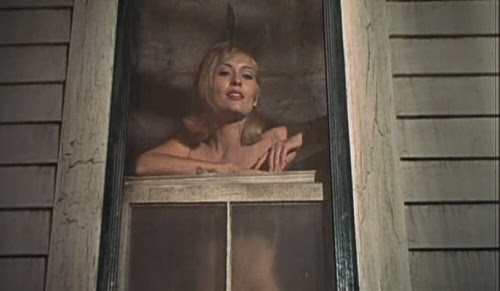 I'd have rather liked something closer to the real Bonnie's style; 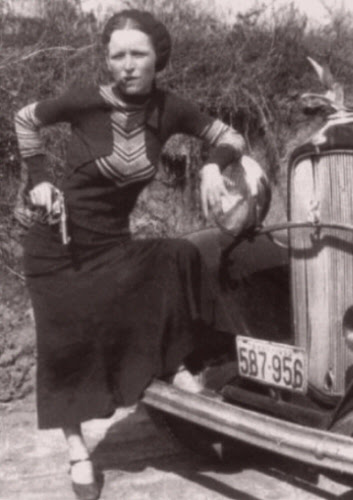