Shuriken valentines are without waste.
Dog assassins will always howl too soon.
Ravaging chickens is to Dennys' taste.
So to diners, Hassan's ghost grants a boon. 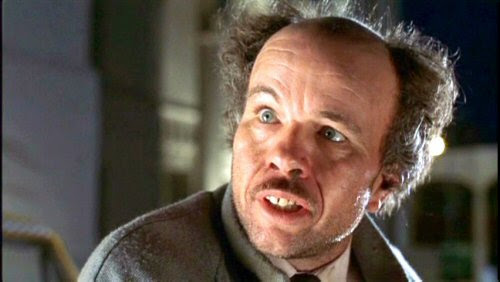 I dreamt last night that every photograph of me had been changed into a photo of Clint Howard.

With dinner, I watched the second episode of Being Human's second series. I wonder if someone's going to try to rape Annie in the second episode of every series. At least this guy didn't know she was a ghost--the first guy actually tried to rape a ghost. I was given pause just by the weirdness of that concept.

I hadn't watched Being Human on Saturday night, choosing instead to watch the first half of Lawrence of Arabia. I hadn't watched it because of Avatar, but it is a very good thing to watch as a comparison. Because, as many have observed, Avatar is part of a tradition of white man saviour stories, where a white man becomes an official member of a group of natives who are oppressed by that white man's country, against whom he eventually leads the natives in a successful revolt.

Lawrence of Arabia, based on actual events and, more importantly, a complex and thoughtful work of art, shows clearly how unnaturally simplistic a story like Avatar's is. The natives, in this case the Arabs, are hardly two dimensional saints like the Na'Vi and Lawrence's role as leader alien is explored as being as much related to narcissism and delusion as it was to a genuine desire to assist the Arabian tribes in World War I.

My favourite part of the movie is Lawrence executing the man he'd rescued from the desert. Omar Sharif's line about how "the writing" was still Lawrence's because he had given life and taken it has a resonance that truly does make Lawrence seem godlike.

This is also a bit that reminded me of an opinion piece I'd read that argued apologies without a genuine regret for the actions that necessitated the apology were not valid apologies. It seemed to me blood feuds like the kind that prompted the murder which necessitated the execution Lawrence carried out are the ultimate expression of such a philosophy--Anthony Quinn's tribe could only be satisfied by the man's execution, and Omar Sharif's would then only be satisfied by blood from the other side in return. As Lawrence says earlier in the film, "So long as the Arabs fight tribe against tribe, so long will they be a little people, a silly people." Which has kind of always been my view of people who let grudges control their lives to any degree.

By saving the man, Lawrence shows he's not one of Nietzsche's "master" personality types, and by killing him he shows he's not of the "slave" type, which would seem to make him close to an ubermensch.
Posted by Setsuled at 9:07 PM
Email ThisBlogThis!Share to TwitterShare to FacebookShare to Pinterest