A Kitten for the Dogs 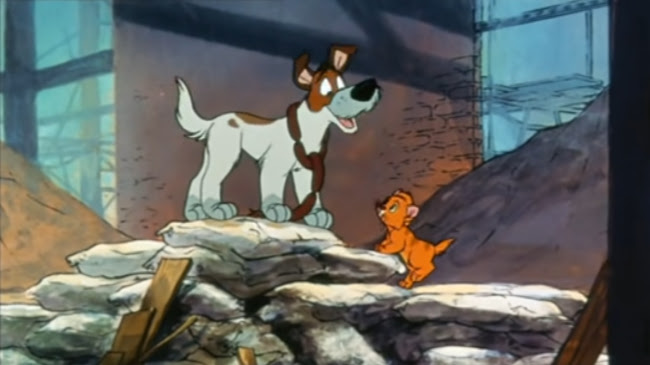 It makes sense for several reasons that Disney made 1988's Oliver & Company. The story of a cute animal orphan in New York, it could be seen as chasing after American Tail, former Disney animator Don Bluth's 1986's box office success--even beating The Great Mouse Detective. But the alignment of Charles Dickens' classic story of economic class with a Disney film about animals is also a very logical step on the road that began with Lady and the Tramp and continued with 101 Dalmatians, The Aristocats, Robin Hood, and The Great Mouse Detective. Sadly, Oliver & Company is not one of the strongest entries in the series but I do like it more than The Aristocats.

Like in Dickens' novel, Oliver (Joey Lawrence) is the least interesting character in the story, existing as a sort of living McGuffin. I like how Disney decided to abbreviate the beginning sequences at the orphanage, though, by showing Oliver as the last, unadopted kitten in a cardboard box by the road that eventually gets soaked with rain. 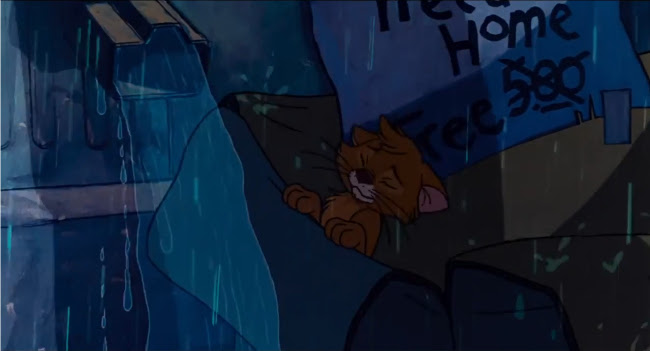 Yeah, a kitten no-one wants, that's how you know it's a fantasy.

It's not long before he runs into Dodger, an older and more dashing take on the character than Dickens' cocky youngster. This Dodger is voiced by Billy Joel and he sings "Why Should I Worry?" while skipping over busy, crude cgi, traffic. It's the highlight of the film. 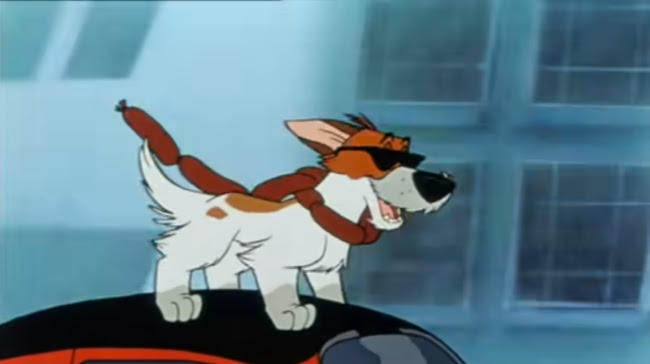 Dickens' Dodger is more of a Little Rascal while Billy Joel's is more Errol Flynn. Still, he does try to cheat Oliver at first and it's the rest of the colourful Fagin gang who takes him in. 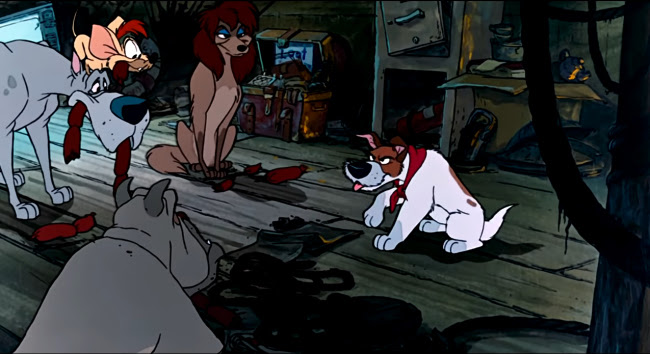 Fagin himself is voiced by Dom DeLuise and his depiction avoids being the anti-Semitic caricature he somewhat is in Dickens' novel and definitely is in David Lean's film. He's very well animated, too. 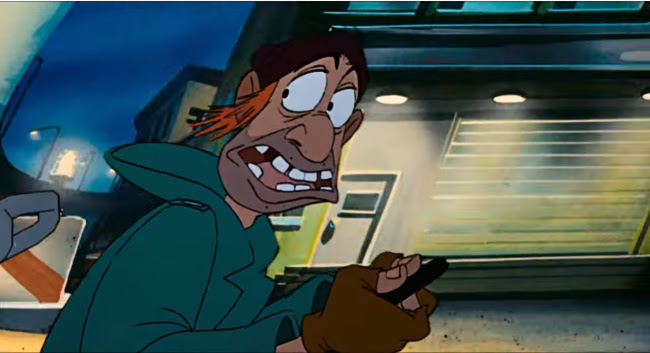 Starting with The Black Cauldron, I've noticed the more realistically human a character looks, the worse his or her animation is, and that goes for the little girl, Jenny (Natalie Gregory). The child of a wealthy family, she takes the place of the uppercrust household that takes in Oliver in the book. 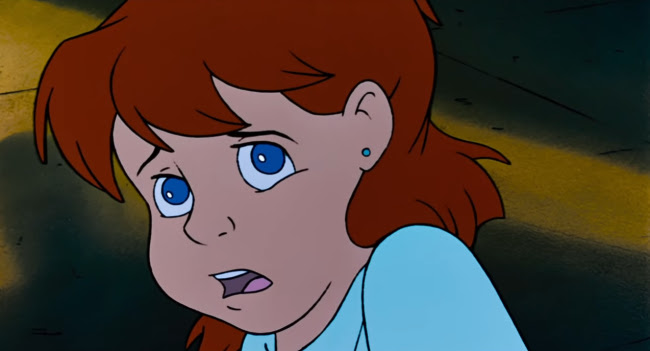 Bette Midler fetchingly voices the vain Georgette, a self-absorbed poodle who lives in Jenny's home. Her introductory musical number, "Perfect Isn't Easy", is a perfect showcase, showing how nicely the actress was matched to the role. And the animation for her is deliciously expressive. 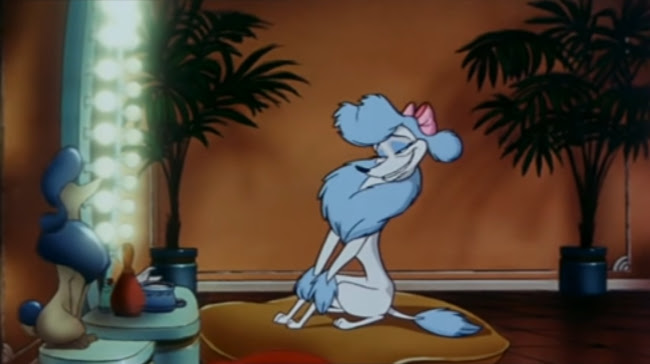 She might have been a great villain except the filmmakers completely lose the thread with her in the film's oddly rushed final act. Suddenly she's the love interest of Cheech Marin's amusing chihuahua character. And if this isn't a sharp enough turn, the end of the film has Fagin and the gang hanging out with Jenny and her butler. In a shot of unintentional surrealism, Fagin gives Jenny a pile of garbage for her birthday.

As with The Aristocats, the puzzler here is why Disney would so explicitly invoke economic class issues only to treat them as totally irrelevant. It really feels like production had to rush to the finish line and a whole lot of rational thought went out the window in the process.

Still, the movie's well worth watching for its good songs and impressive roster of character actors matched with brilliant animation. I didn't even mention Robert Loggia as a very menacing take on Sykes as a mobster. 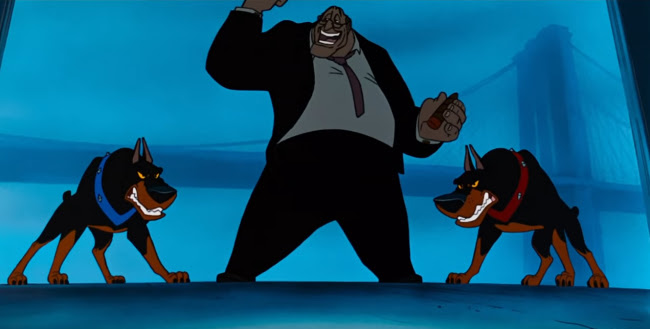 Oliver & Company put Disney back on top, beating Don Bluth's competing film, The Land Before Time, handily at the box office. Still, the renaissance was yet to come.

Oliver & Company is available on Disney+.