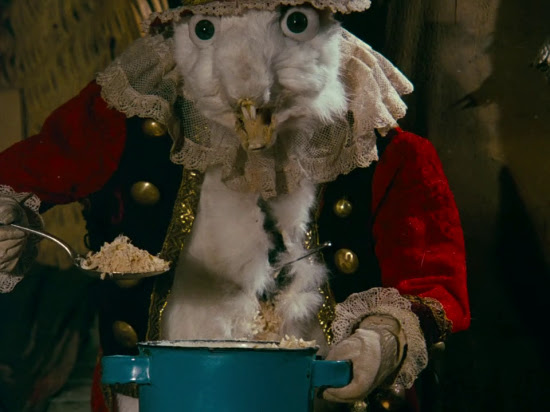 Last night I dreamt I was trying to google "The largest rabbit ever recorded." Trying to find the right words to get what I wanted, my first attempt for some reason yielded a video from an old Unsolved Mysteries style news magazine show. It was a segment about a woman discussing a paranormal experience she'd had. As usual, they had footage of the real woman being interviewed and a "dramatic reconstruction", an actress portraying the events described. The real woman was saying something about how she'd walked into a particular corner of a room and had this strange sensation of connecting with multiple potential versions of herself. Whoever made the dramatic reconstruction didn't, I felt, interpret her accurately and showed the actress in a queue of copies of herself with different facial expressions.

At that moment, I very distinctly heard a voice behind me say, "I see everything you do." And I woke up.

Here's what came up when I googled "The largest rabbit ever recorded" to-day:

And I think this also calls for a viewing of David Lynch's "RABBITS".