A Pratfall to Save the World 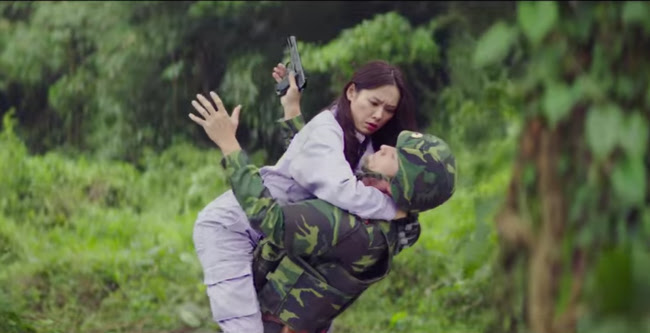 Conflict and negotiation have failed to unite North and South Korea but a screwball romantic comedy has never been tried--until now. Crash Landing on You (사랑의 불시착 "Love's Emergency Landing") is a South Korean Netflix series from 2019/20 about a successful South Korean business woman who's hit by a tornado while paragliding. When she wakes up, she meets the man of her dreams--in the demilitarised zone. I watched the first episode last night. It's a bit silly but not bad.

Son Ye-jin plays Yoon Se-ri whom we meet getting photographed by paparazzi in the midst of her latest affair. In fact, she's a brilliant entrepreneur with her own successful company. She comes from a wealthy family who mostly despise her but, despite this, her ailing father offers her the inheritance of the family financial empire. I started to like her when, upon being offered this, she immediately proclaimed she would fire most of her father's top people--some of whom happened to be her spoiled siblings. 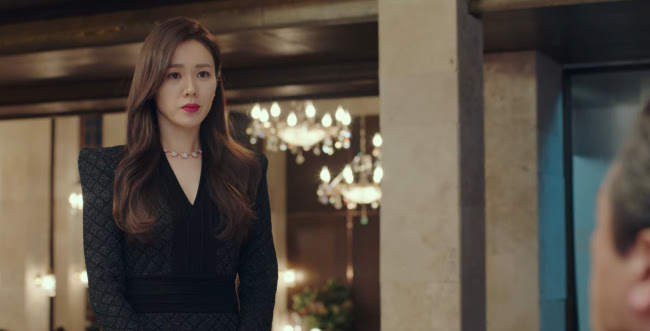 Everything's cued up for success until she takes that fateful paragliding trip. She's brilliant but the show can't seem to stop from making her a bit daft to go for broader jokes, as when she only thinks its funny at first when a tractor flies past her while she's paragliding. 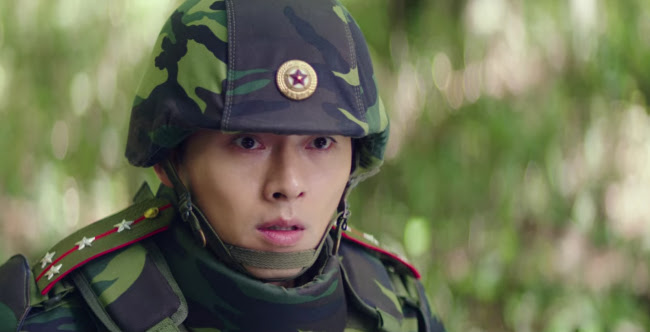 Her love interest is a stoic North Korean soldier who finds her hanging from a tree. Hyun Bin as Ri Jeong-hyeok is handsome but not very lively. But that's part of the role, I think it'll take a few episodes before I get a real sense of him. There's already some hint that he's conflicted about his loyalty to North Korea--somehow I doubt this series is going to end with the two sides realising they both have valid and wonderful forms of government. Son Ye-jin is good but I wish she wasn't so dopey sometimes--though that, too, is in the writing.

Crash Landing on You is available on Netflix.

The thought of dragons keeps the reader late.
The pages rustle, telling drafts intrude.
Behind the lacquered panel, shadows wait.
A stealthy chatter round the dark ensued.
A garish green disturbed the sleeper's peace.
Commanding winds, the wizard stopped a cloud.
Behind the stone, the droning voices cease.
Between the trees appeared a stripey shroud.
A fire traces skinny stones to read.
About the moon, the frigid clouds collect.
Remembered words foretell the painted seed.
A second step away from land direct.
In dark or light, the words she'll never find.
Between the clutching roots the soil's blind.