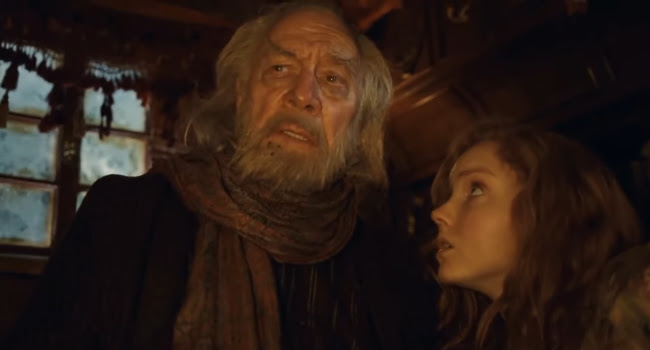 I'd forgotten how many movies I'd seen Christopher Plummer in. The great actor passed away a couple days ago. Scores of roles stand out, supporting and leading roles--Star Trek VI, The Man Who Would Be King, The Sound of Music. Then I looked at his filmography and remembered he was in 12 Monkeys, Somewhere in Time, and many others. I'd forgotten he was an NPC in Skyrim.

An old fashioned Shakespearean actor like Patrick Stewart or Anthony Quayle, his craft was in finding effective ways of delivering lines, interpreting the emotions in them and finding ways to communicate them to the audience with tone, inflection, and pacing. And like many such actors, he was as great in a pulp genre film as he was in something of higher artistic aspirations. The first film that comes to my mind is The Imaginarium of Doctor Parnassus. 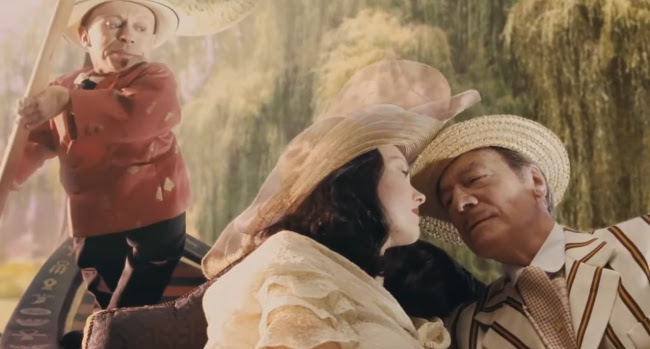 Like many Terry Gilliam films, it's a story about the importance of imagination and independent thought and, like most such stories, it seems to hold less and less interest for young people. The film which featured Heath Ledger's last role seems to be almost forgotten except it is listed among even brief lists of Plummer's works in articles about him. Maybe, in spite of everything, in spite of the dull slogans people try to feed themselves, a work of rich imagination and surprising narrative actually did take root somewhere in the substrata of the zeitgeist. Old Parnassus might have been gratified to think so.

On the same token, I'm a little amused to see Knives Out isn't getting much prominent mention in articles about Plummer. Despite being such a darling barely more than a year ago, most headlines about Plummer include The Sound of Music and maybe The Man Who Would be King.

And Plummer himself was certainly capable of remaining outside the sway of any political forces. He took over a role from Kevin Spacey in the wake of sexual misconduct allegations against Spacey but when asked to comment about it, Plummer said, "I think it’s very sad what happened to him. Kevin is such a talented and a terrifically gifted actor, and it’s so sad. It’s such a shame. That’s all I can say because that’s it." Despite this, Hollywood didn't ostracise Plummer. He wasn't cancelled. He was, of course, above our modern bullshit. He took the role because it was his business and his art, he had the casual audacity in this day and age to assume someone was innocent until proven guilty. I would say that comes from the spiritual fortitude of having his own mind.

Collected notes create a ragged book.
To make the spin, balloons were talking fast.
For something watched, the eyes began to look.
The future sliced a corner off the past.
In fortune's nose the smell was never gone.
For fated heat descends upon the ball.
The blasted chill was stretched to run a con.
Decisions wait to burn the crispy fall.
Correct deductions cut the oranges quick.
In liquid grapes the future thinned the blood.
The talking time was marked along the stick.
A feisty rain creates the swirling mud.
The moving stage contained a number dead.
But something lived between the pages read.

Posted by Setsuled at 8:34 PM
Email ThisBlogThis!Share to TwitterShare to FacebookShare to Pinterest
Labels: christopher plummer, movies, the imaginarium of doctor parnassus