What's a Slayer to Do? 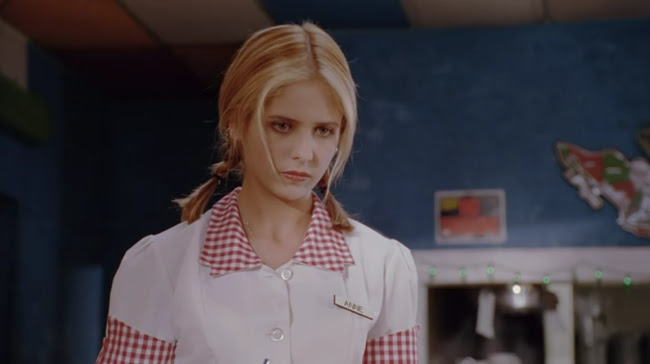 Season three of Buffy the Vampire Slayer starts with a strong episode written and directed by Joss Whedon followed by a decent but fundamentally wrong-headed episode written by Marti Noxon.

"Anne" is a classic for good reason. Following Buffy in her big city melancholy, now working as a waitress, it presents the aftermath of her departure from Sunnydale. She'd been expelled from school and her mother had thrown her out of the house just for being a vampire slayer. What else could she do but rebuild somewhere else? 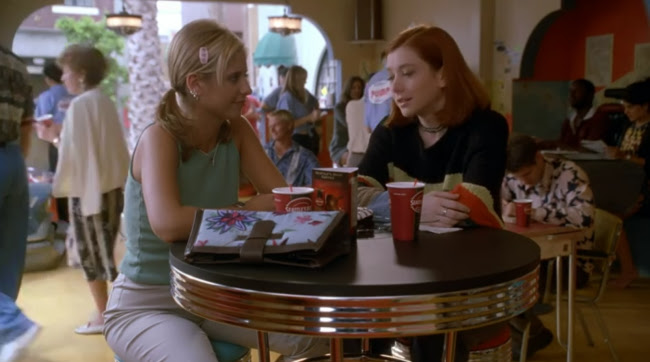 Something quite different, I guess, which seems to be the ultimate point of "Dead Man's Party", the episode that immediately follows. Buffy comes back to town and is awkwardly welcomed by mother and friends who'd buried anger over the fact that she'd abandoned them. Everyone is all smiles but then, when Buffy and Willow arrange to meet up, Willow stands her up. Passive aggressive avoidance finally erupts in the middle of a party into a full on fight. 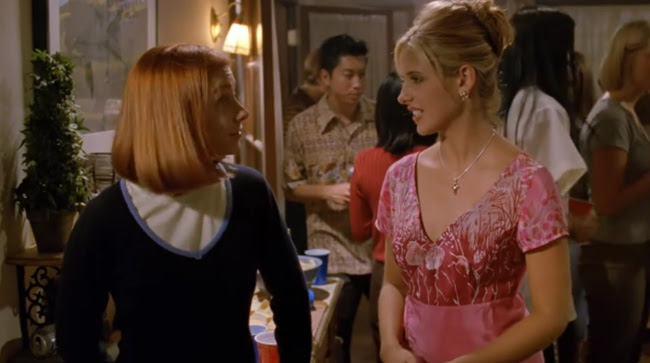 At the party, by the way, is seemingly the whole school who were invited to Buffy's house by Buffy's friends without notifying Buffy or her mother. And everyone acts like Buffy's unreasonable for being uncomfortable. There's finally a zombie attack but not before everyone berates Buffy, who's breaking down in tears, for having left town. Buffy does point out to her mother that she'd told Buffy not to come back but this doesn't seem to hold any water--Joyce accuses Buffy of not understanding that her mother wouldn't handle it well when she discovered her daughter is the Slayer. 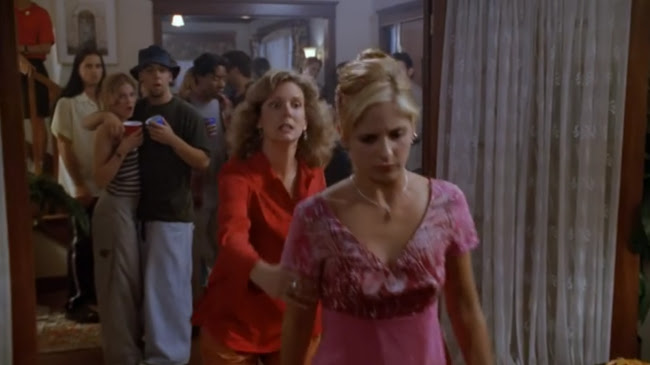 The end of the episode implies that everyone was right and Buffy was wrong. It seems like Noxon wasn't happy with Whedon's writing in the season finale and wrote this one as a rebuttal. I have to give this round to Whedon, though.

Yes, it's inconsiderate not letting your friends know if you're dead or alive. But Buffy's considering a state of affairs where she has no home and no school. Setting aside the emotional impact on her for a moment, she might also be considering the practical burden she'd be to her friends--knowing they had their own lives to worry about and couldn't take care of her. And now let's look at the emotional impact--could they really blame her for wanting to start fresh? 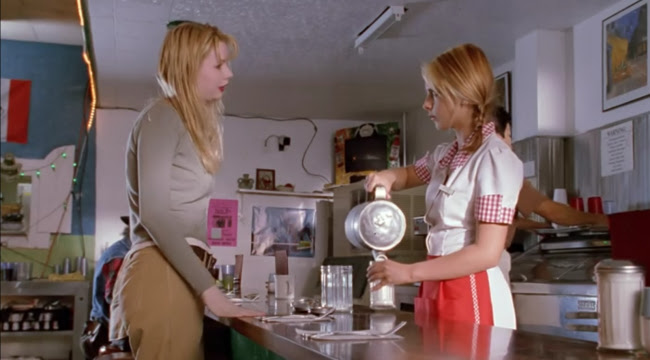 "Anne"'s attention to homelessness in LA in the 1990s is interesting now especially because of how drastically the situation has worsened. Whedon shows a city where the homeless youths are runaways and addicts. Now they're outnumbered in California by people who simply can't afford homes. And, of course, it's astonishing that Buffy was able to pay for an apartment by waiting tables at a diner.

Buffy the Vampire Slayer is on Amazon Prime in a lousy cropped format.

To question phones is not to call a key.
Embarking late, the feather stitched a bird.
Wisconsin cheese seduced the noble bee.
Explicit songs contain a special word.
We crushed a bone to make a ramen bowl.
In safest dough, the dumpling draws a mouth.
What time we pitched the puck to golfer's hole.
And something half returned from wholly south.
Expensive chilli tells of cheesy tomes.
Without the beans, we spilled the knowing brain.
A string of pearls connects the crystal phones.
A candy moon could melt but never wane.
A beetle crossed a silver road to trade.
In crafted cans, refreshing tastes were made.

Posted by Setsuled at 4:35 AM
Email ThisBlogThis!Share to TwitterShare to FacebookShare to Pinterest
Labels: buffy the vampire slayer, television, tv show