A Face to Agree On 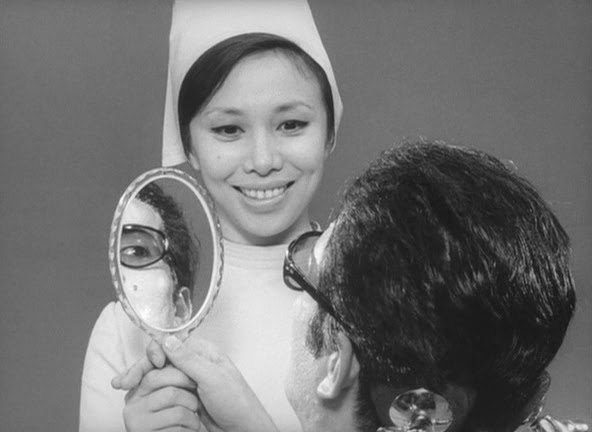 But if my fears prove true, masks like this could destroy all human morality . . . Name, position, occupation--such labels would no longer matter. We would all be perfect strangers to one another. Constant solitude would become our normal condition. We'd no longer be ashamed of this "modern illness" of isolation.

This isn't an analysis of internet comment forums. These lines are spoken by a doctor named Hira in 1966's The Face of Another (他人の顔), a movie that discusses the advantages and disadvantages of identity and the morality behind how one manipulates one's own identity and persona. It's a beautiful, sadistically entertaining film. 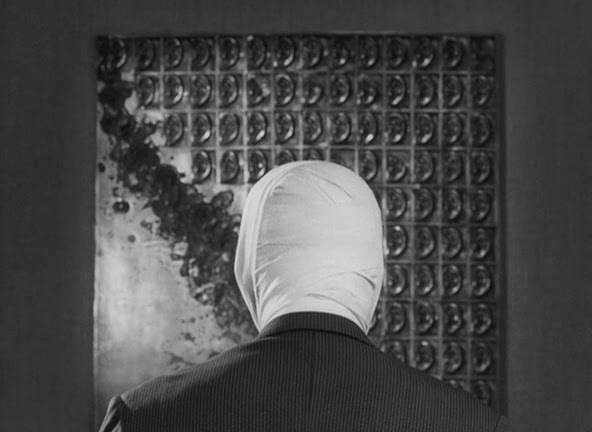 The movie follows two stories of unrelated characters. Most of the movie follows the story of Okuyama, played by Tatsuya Nakadai, whose face was badly burned in an accident at his work. The other, shorter story follows a pretty young woman who has a large, disfiguring burn on the side of her face. 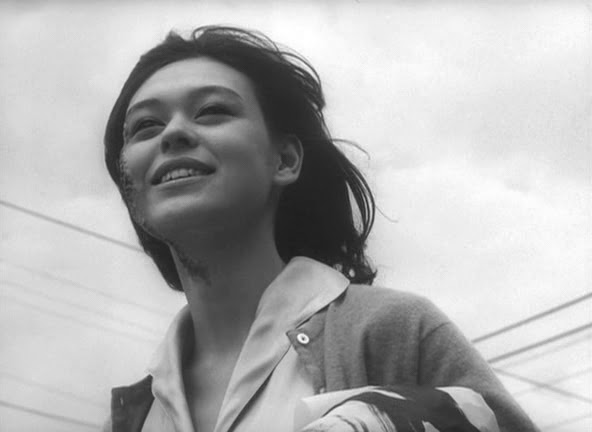 Both characters are treated differently due to their injuries. Okuyama is forced to wear bandages over his whole head. We never see him before the accident--as the film opens, he's settled into a life of perpetual bitterness, continually provoking his wife, played by Machiko Kyo, in an effort to get her to admit she's disturbed by his new appearance.

The young disfigured woman finds herself uncomfortably isolated--boys who begin to flirt with her are immediately repelled when they notice her disfigured side. 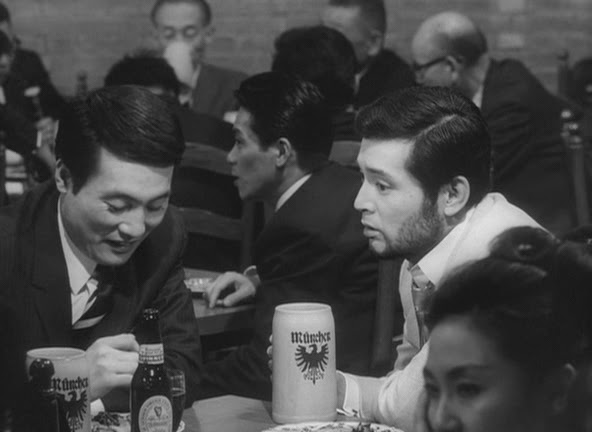 Okuyama meets Dr. Hira, who may be a plastic surgeon or a psychiatrist, or both, his area of expertise is left vague and his offices are expressionist constructions of minimalist sets, process shots, and giant sculptures of human body parts. The glee with which he talks to Okuyama about the mask taking over Okuyama's life makes Hira seem more like Satan. 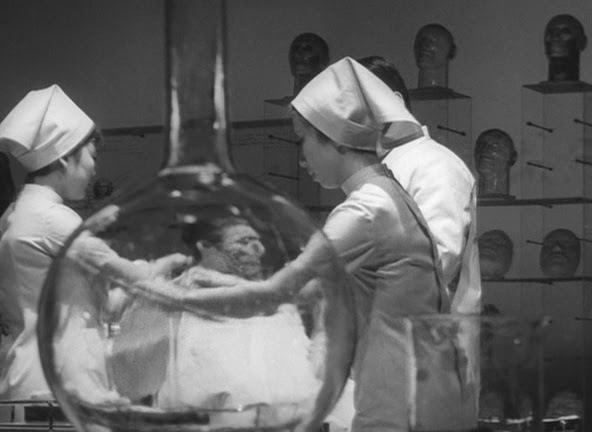 The mask is a face grown in Dr. Hira's lab, apparently made from organic material but Okuyama is forced to remove it every evening. Despite Hira's ideas about amoral anonymity run rampant, Okuyama's attempt at leading a double life is almost immediately seen through by the mentally impaired superintendent's daughter where Okuyama rents two apartments. 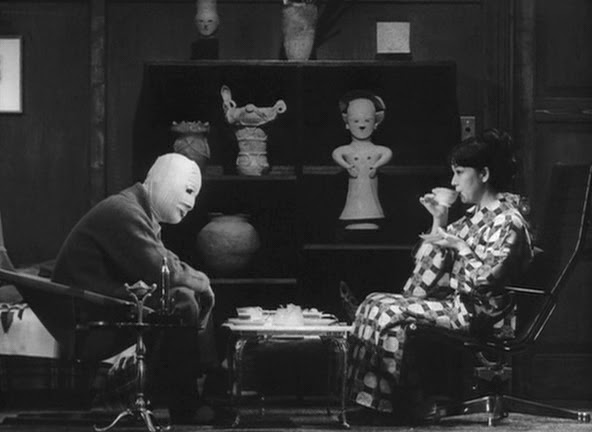 Okuyama's wife shares an interesting perspective on his circumstance. She tells him how women in ancient Japan believed they ought to cover their faces with makeup out of humility. She likens it to Muslim women covering their faces. This is part of what sets up the film's two stories as opposing philosophies--Okuyama's desire to control his appearance is related to an amoral imprudence on his part while the girl's inability to shape her appearance leads to tragic outcomes. 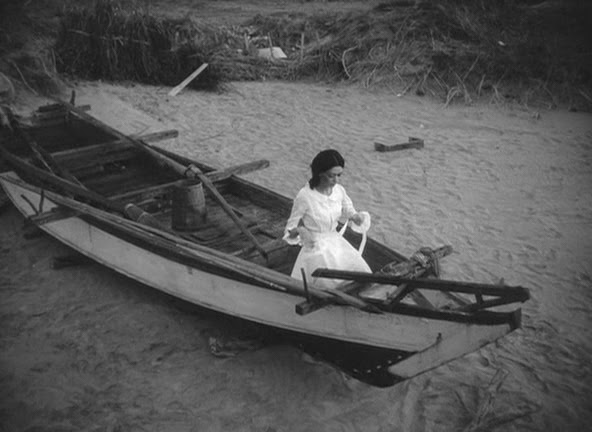 On top of this, Okuyama's wife offers another perspective--she points out that when women wear makeup or veils, they don't try to present these things as anything other than what they are, while Okuyama's mask is meant to deceive others. One might point out there's no moral harm if the disfigured girl received corrective cosmetic surgery, but Okuyama's behaviour makes a lack of consent on the part of the people he deals with seem monstrous. 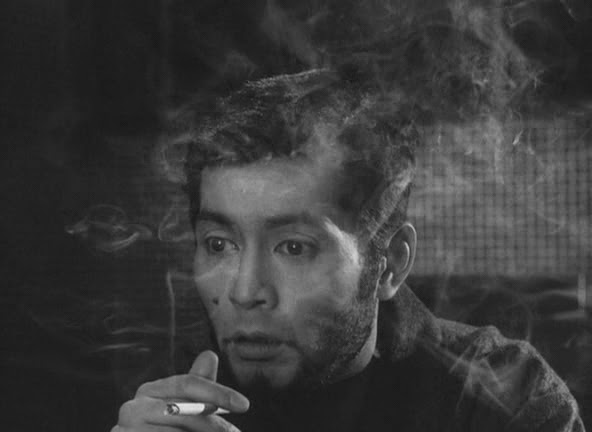