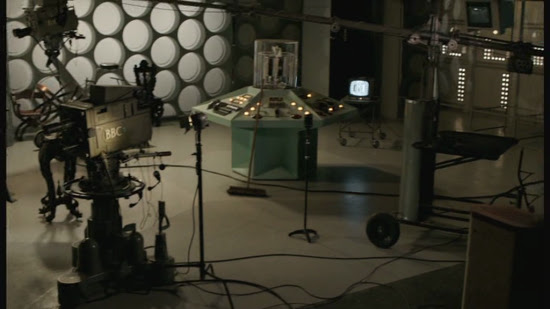 I sincerely thought last night's An Adventure in Space and Time was a complete ruse, I thought the trailers were put together to put us off from discovering David Bradley was going to play the First Doctor in the 50th anniversary special to-morrow. Looks like either I was wrong or they've taken this ruse to very great lengths because, as we saw last night, an hour and a half television movie has in fact been made, directed by Terry McDonough and written by Mark Gatiss.

Watching it, though, I saw even more things that oddly felt like the thing wasn't exactly real, mostly to do with Gatiss' characteristically orthodox writing matched by McDonough's intensely conservative direction. Nevertheless, I enjoyed it, probably because I've become a hardcore Doctor Who fan. It feels very much like a movie version of a fan trailer--one of those where someone edited together a bunch of clips from the show to make it seem like a trailer for a more mainstream picture, the excitement arising from this thing we're so geekily and slightly embarrassingly obsessed with being given a treatment like what socially acceptable movies get. In other words, if you've never seen Doctor Who, you will not like An Adventure in Space and Time. 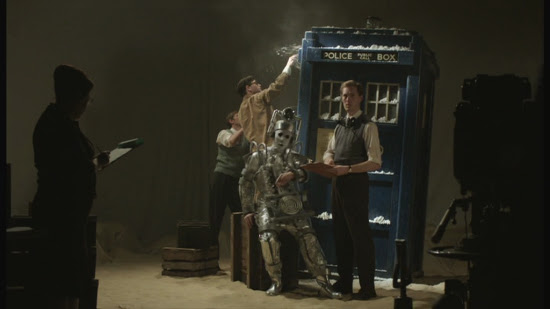 However, if you've never seen the classic series and are merely a huge fan of the new series, I think you might like An Adventure in Space and Time quite a lot, possibly more than watching the William Hartnell episodes themselves since, as I indicated, this film is so cosily contained by the most conservative modern filmmaking language. There are a million little familiar beats--the loud little "ding" in the score when we first see the title "Dr. Who" written on an envelope, the moment where Verity Lambert (Jessica Raine) looks up and smiles at the BBC building just after she's gotten the job as Doctor Who's first producer. 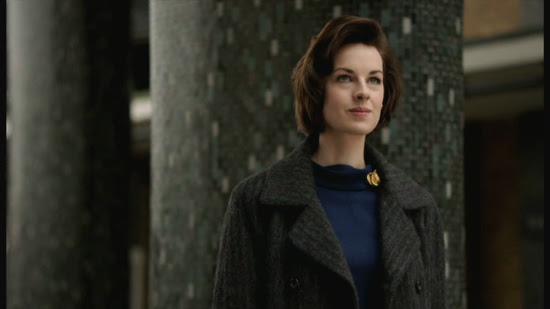 Lambert becomes one of the two central figures in the movie alongside William Hartnell and the film justifiably makes something of the fact that the 1963 show's producer was a woman and its director was of Indian descent and both faced discrimination and patronising treatment from the BBC old guard.

Though this creates a problem when Lambert leaves the show after we've seen her fighting for it so passionately and so much of the film has been told from her point of view. No explanation is given for her departure though she and Hartnell share a tearful farewell. 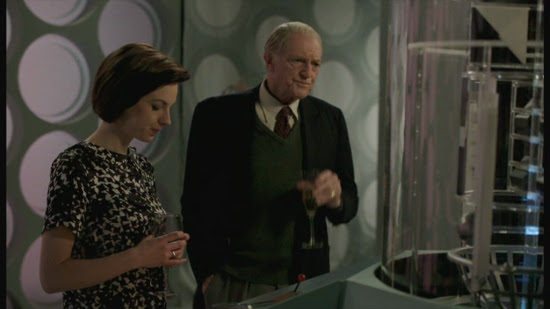 Bradley as Hartnell gets a far more effective story, concentrating on his failing health, his pride as a performer and deep affection he felt for the show. Bradley does an absolutely beautiful job.

Hartnell was (and still is, for anyone watching his episodes for the first time) notorious for forgetting his lines and since, as we're shown in An Adventure in Space and Time, BBC budget only allowed a few retakes per episode, the actor was often forced to improvise on camera to make up for his own failing memory. 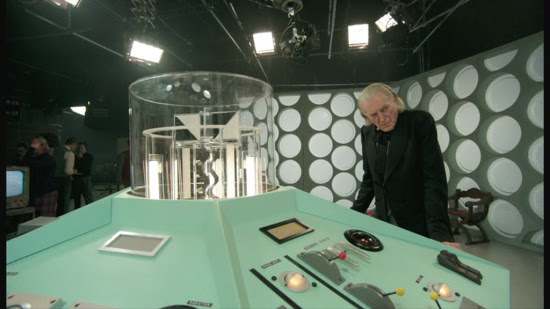 In my favourite scene, Hartnell, having worked on the show now a couple years, stands at the Tardis console furiously correcting the new director and new technicians, taking them to task about continuity when they ask him to use a different lever for the Tardis door and angrily pointing out that the Time Rotor needs to be moving in the scene because the Tardis is in flight. Then the cameras roll and he can't remember his line.

As a Doctor Who fan watching, or anyone who still respects someone completely committed to their art, it's a very effectively painful scene. 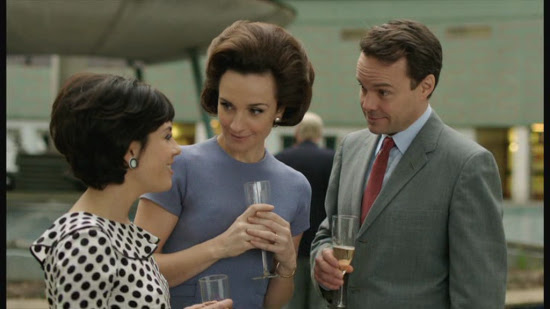 It is wonderful seeing so many of the old sets recreated--I had no idea the original Tardis console was pale blue green.

The casting is generally excellent--Bradley looks remarkably like Hartnell but more importantly his performance is great. The group of original companions are good, though, particularly in William Russell's case, the physical resemblance isn't strong.

The real William Russell actually has a cameo in the film as a security guard and actually he doesn't look much like Ian anymore. 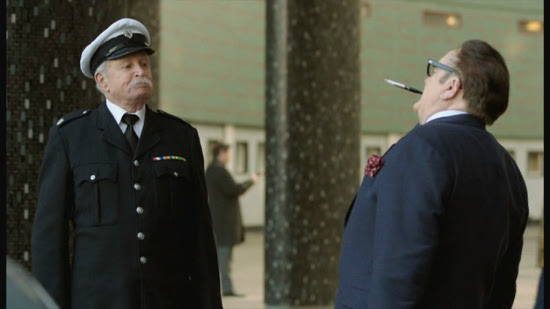 It's a shame he wasn't available for Mawdryn Undead.

The film makes one explicit reference to the new series I won't spoil for you. I found it incredibly lame even at the same time it gave me chills. It's like getting slobbered on by a dog you love. That kind of describes most of the film, actually.

Posted by Setsuled at 2:17 PM
Email ThisBlogThis!Share to TwitterShare to FacebookShare to Pinterest