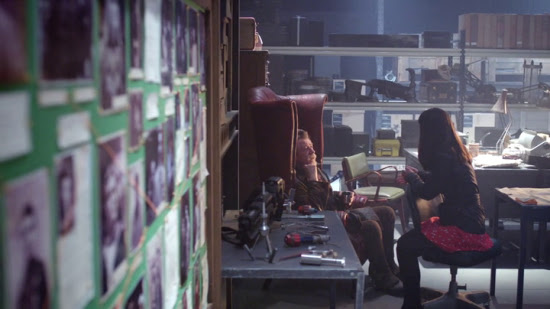 It was good, the Doctor Who 50th Anniversary Special. Spoilery stuff ahead.

So now we know what the big change was Steven Moffat's been teasing, the thing that changes the course of the entire show. I predict some people will regard it as a cop-out. In another kind of movie or show, I'd agree. Because I'd say there's not much point in fiction telling us we can wipe a slate totally clean. Real life doesn't work that way and postulating a reality where it does feels a bit cruel and weak. But in the case of Doctor Who, I felt like this was a genuine way of honouring the bulk of the show, the fundamental nature of the first eight Doctors reasserting itself over something that largely defines who the latest three Doctors are. One could say that the special ended with the Doctor being more Doctor than he has in a while.

Moffat rather nicely used John Hurt to provide commentary on how the show has changed in the past decade--I loved his reaction to Smith and Tennant pointing their sonic screwdrivers at people ("Are you going to assemble a cabinet at them?"). 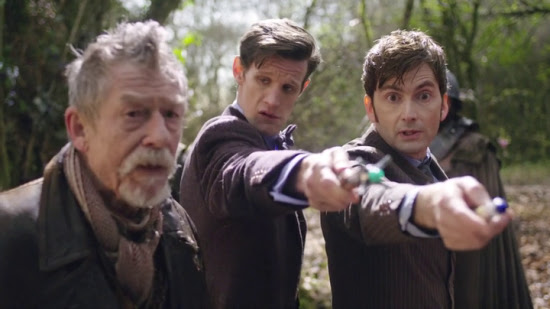 Incidentally, I don't know what state the Wikipedia entries will be in at the time I post this but right now the entry for "Twelfth Doctor" has a picture of Matt Smith. Chaos! How're we supposed to catalogue all this now? And what is it going to do to all the cutesy references to "Eleventh" things in Smith's run, like "The Eleventh Hour" and Clara saying whisky is the eleventh worst thing? I guess it was all about Tennant all along.

But the special certainly does make it clear Hurt's Doctor is to be an official part of the history now. 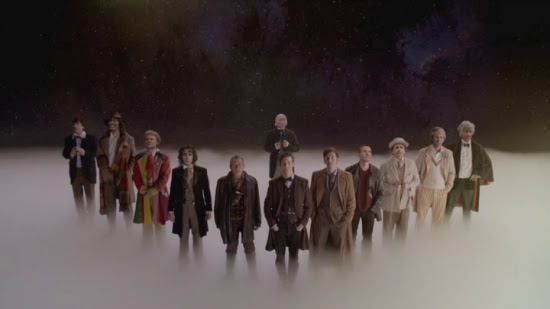 I like how Moffat writes regeneration as a way the Doctor has of trying to escape his past, I liked the bit about how going to younger bodies is an effort to avoid being an adult and all the terrible responsibilities an adult has. This is another reason why I didn't see the climax as a cop-out.

More importantly, I liked the climax because it's becoming increasingly rare for heroes in popular fantasy to find ways of solving problems other than the use of violence (see Man of Steel. Or don't). Moffat has written commitment to non-violence as being the keystone of the personal philosophy of the Doctor that makes him the Doctor.

I'm by no means saying I don't like violent heroes. Just that I find the Doctor more interesting when he's not violent. 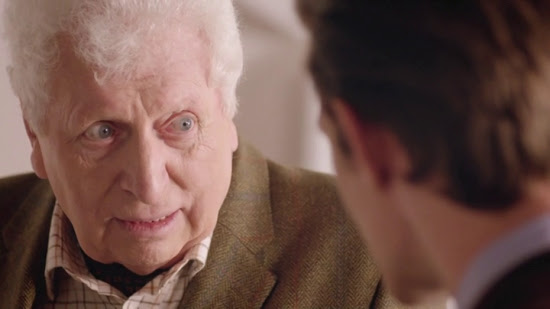 I loved Tom Baker's cameo. I feel like the emotion we see in him is a quite genuine reflection of his love for the show. The other Doctors all appear in the form of archive footage but I must say I still would have preferred fresh audio at least from the living Doctors. And maybe an actual appearance by Sylvester McCoy. 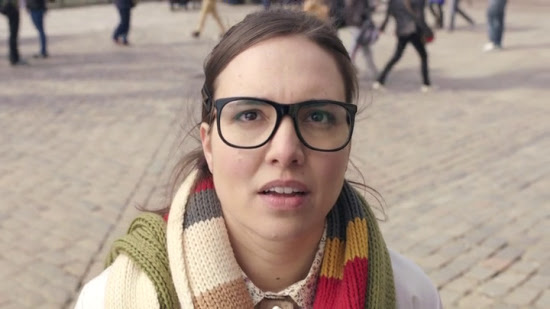 I strongly suspect we'll be seeing Ingrid Oliver again, or at least that Moffat intends to have her character reappear. And I'm quite happy with that--as a UNIT character Osgood is far more interesting than Kate Stewart who just lacks the Brigadier's twinkle.

I liked how obvious it was that Osgood was a massive Doctor fangirl without anyone having to say it out loud. 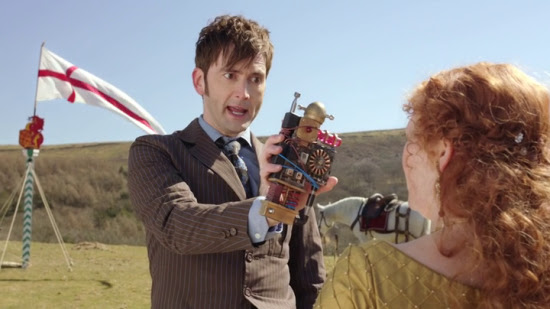 I enjoyed getting the story between Ten (or shall we say Eleven) and Elizabeth I. I liked seeing the Zygons again and they were used well. Part of me wishes it had felt more like an anniversary special, part of me likes that Moffat seems to have basically used the 75 minutes as a very brief whole season. I sure wish we didn't have to wait until next autumn to get a whole proper season, though.

He who's not Foreman will one day come back.
Flutes can play unsquashed Beatles and say "Run."
The Master's reversed flow leaves Bessie's track.
Tin dogs and babies end scarf stripes for none.
Celery stalk bats simply aren't Cricket.
Clashing coloured coward condemns himself.
Clever porkpie keeps Ace in his pocket.
Vancouver takes him briefly off the shelf.
Newborn wolves know everywhere has a north.
Pinstripes blink messianic finales.
The youngest old man knows a bowtie's worth.
Scottish Italy emerged from hollies.
Myriad casings can the same sonic.
At the brink of apocalypse don't panic.