Scribble Wanderers in the Blue Horizontals

I dreamt last night I was driving in a city with roads paved over a lot of small hills, sort of like San Fransisco but much worse. I remember one hill felt like I was going straight down when I came to the other side. I can't remember much else about the dream except I came across a completely gutted Jack in the Box (the fast food restaurant).

I haven't had much time or desk space for drawing lately. Here are some of my recent doodles, though--these first two are examples of an exercise I learned in art class where you draw something without ever lifting your pen from the paper: 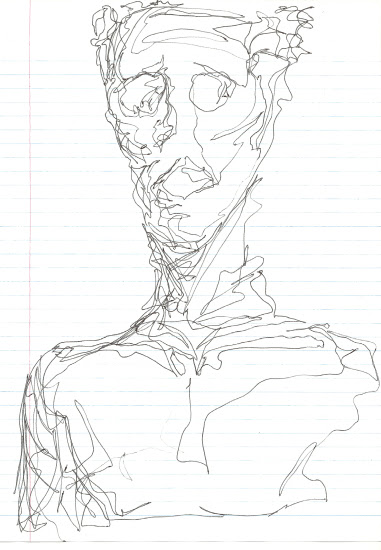 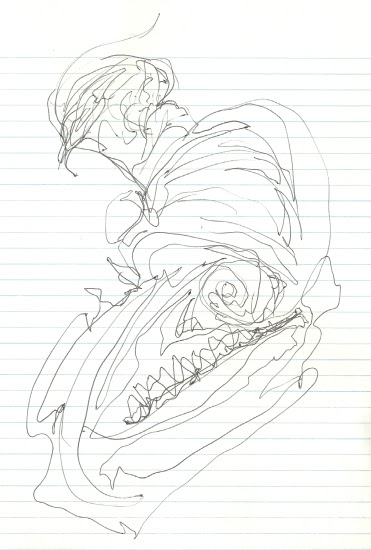 I'd been trying to loosen myself up, I felt my drawings had been a bit stiff lately.

These next two are more typical of the things I idly sketch at school. 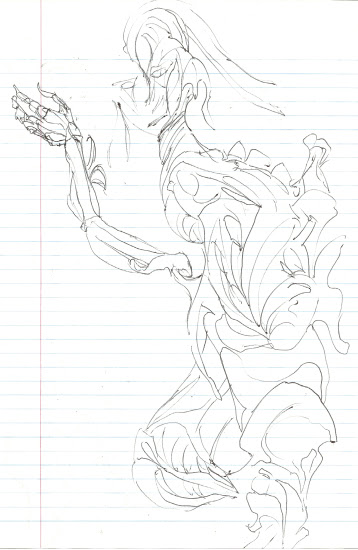 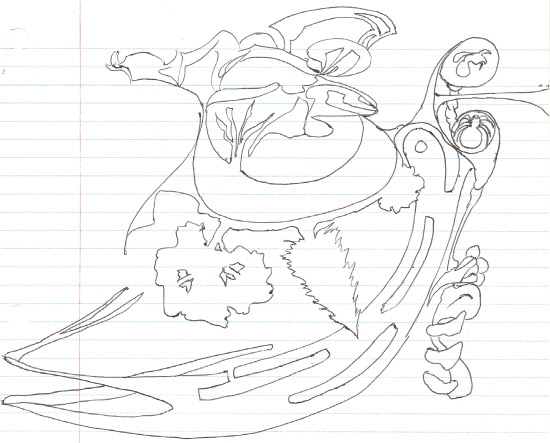 By the way, I do fully intend to publish The Casebook of Boschen and Nesuko #3 eventually. I can't say I have any idea when that'll be, though. Obviously I've been distracted. I did some colouring on pages I'd inked before all this began and it felt really good, I felt more like myself than I had in while. Hopefully I can get number three done by some time in January. Until then, you can still find the first two issues here.