Expanse to the Smaller Scale 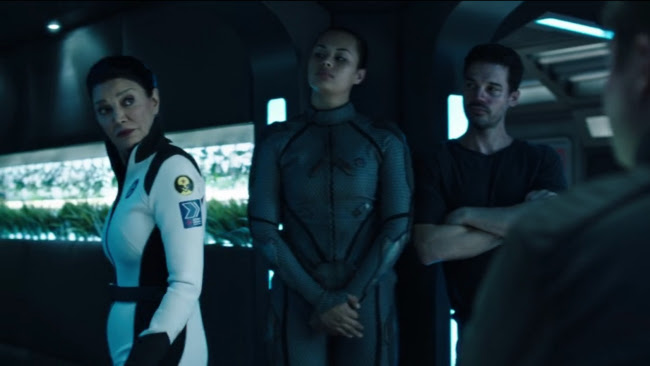 It's an old dream, the idea that if just regular folks could take over from the ambitious and soulless politicians, we could end all war. I was happy to indulge in that fantasy again with last night's new episode of The Expanse. 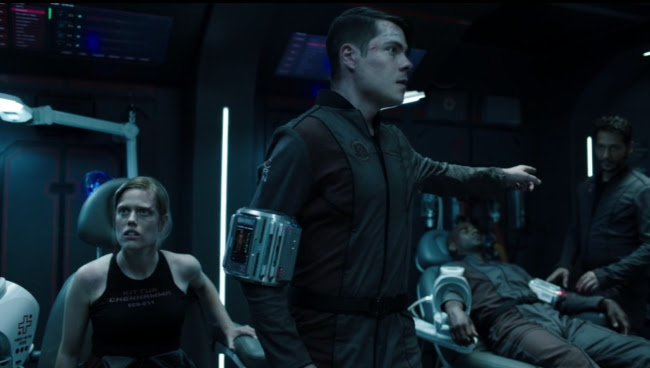 It's sort of what War and Peace is about--the difference between the friendship and family love among the Rostovs and the cold dreams of Napoleon. But on the other hand, the Rostovs also had their patriotism and hero worship. It strains the imagination a bit that the Martian soldiers the Pinus crew rescued in this episode could be won over so quickly--it took a lot more to convert Bobbie (Frankie Adams) last season. I liked the dialogue between her and Alex (Cas Anvar) in this episode. 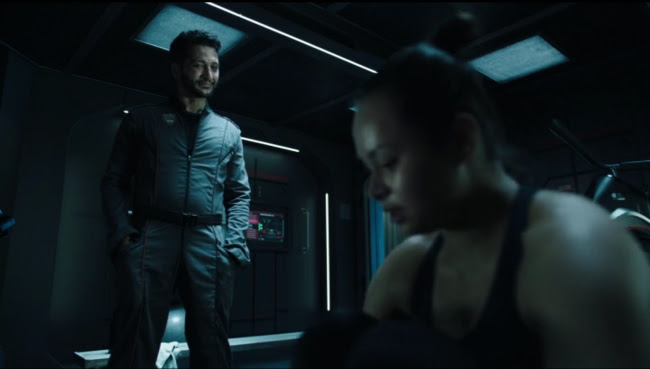 I'd hardly say he has a gut, though. But I liked seeing Bobbie working out and Adams clearly has muscle, something too often lacking from women cast as action heroines. 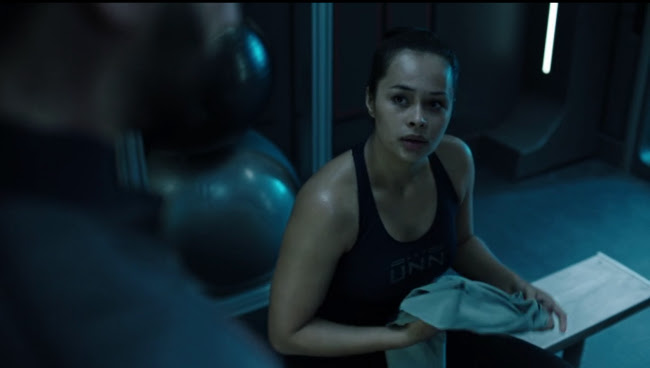 I also like how comfortable Bobbie and Avasarala are getting with each other. Every week I'm happy to see Shohreh Aghdashloo again--I love her body language. She's like a ballerina with the voice of Ken Nordine (I mean that as a compliment). 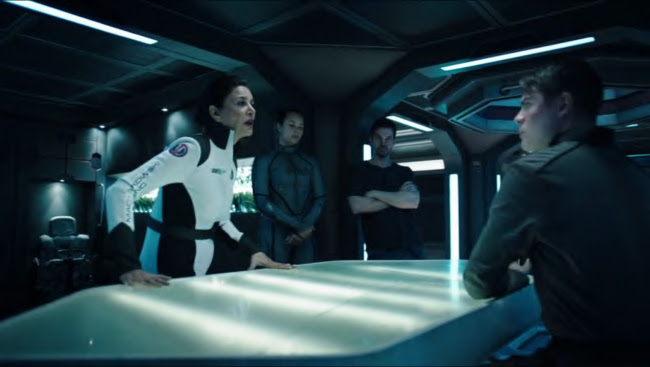 A crucial part of this episode is Avasarala becoming aware the fact that Anna (Elizabeth Mitchell) is on the president's team. Religion on The Expanse stands in contrast to Star Trek where the implication seems to be that humanity has evolved past religion. I don't get the sense that The Expanse is showing religion as a sign that humanity is less evolved but rather that religion has, has it always has in reality, evolved. It's fascinating to see a Methodist pastor share a really effective scene with her wife. And I like how Mitchell plays Anna's soul searching--the way she laughs through her tears communicates she's aware of how narcissistic it is to think that God is using the deaths of two million people to humble her--and her wife immediately calls her on it, but Anna still can't help how she feels. The very human love between these two people standing in contrast to the cold ambitions of politicians--Mao's (Francois Chau) moment of conscience is over, too--is echoed again by the relationships on the Pinus. 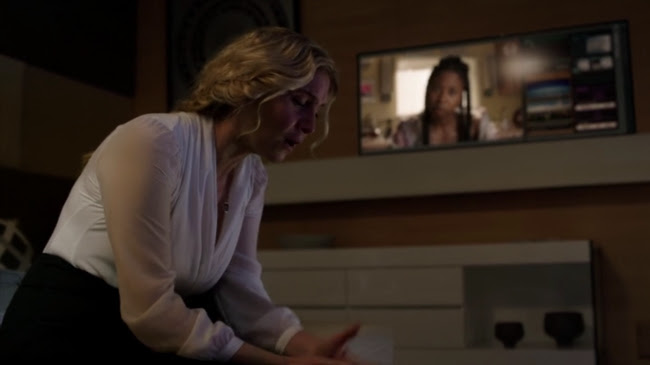 In any case, it's a good thing they have Alex. I'll be looking forward to next week again.

Posted by Setsuled at 10:00 AM
Email ThisBlogThis!Share to TwitterShare to FacebookShare to Pinterest
Labels: sci fi, science fiction, television, the expanse, tv show