Expansive Even by Expanse Standards 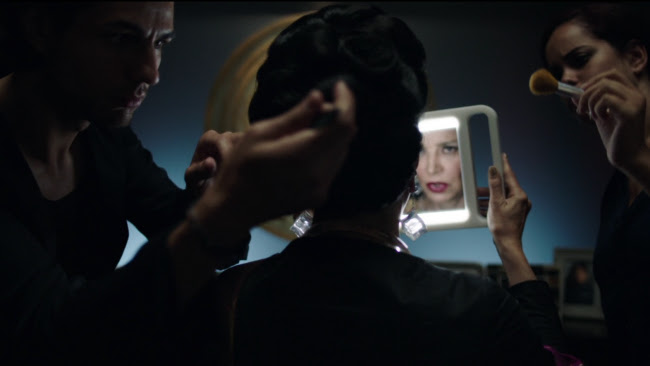 Last night's new episode of The Expanse wasn't flawless but it sure felt like it. It seems silly now people were arguing about Discovery versus Orville a few months ago. It seems like arguing Cutty Sark versus Scoresby when we're drinking Glenlivet now. 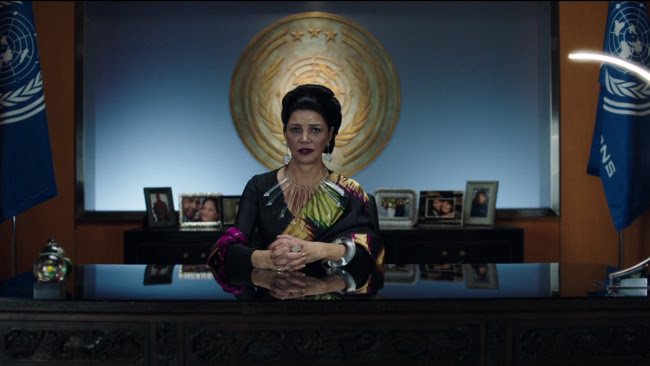 It felt more like a season première than the seventh of this season's thirteen episodes. There's a jump over several months near the beginning of the episode after which we see most of the chairs have been shuffled around the solar system again. Avasarala (Shohreh Aghashloo) is back on Earth and in charge, Bobbie (Frankie Adams) is back on Mars and a marine again, and Naomi (Dominique Tipper) is on that big crazy Mormon ship the OPA are in the middle of converting. 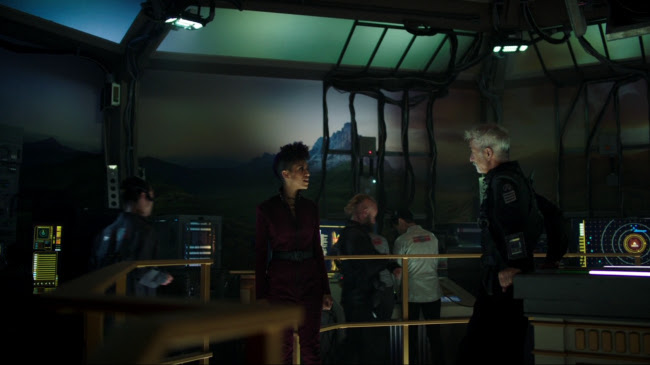 Those murals are so perfect, it's exactly the kind of art I saw when I had a layover in Salt Lake City once.

I love the sense of layering everywhere, how ships and people always have histories. Anna (Elizabeth Mitchell) is on a UNN ship now, apparently studying the big Lovecraftian new protomolecule lifeform and neglecting her wife and clinic. I like the sense of Anna's relationship with her spouse but it's kind of a cliche--the protagonist with the really important job with the spouse who can't understand why they don't spend more time at home. 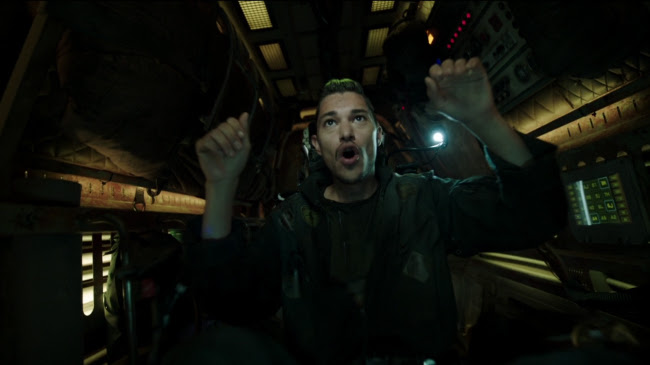 The daredevil pilot, Maneo (Zach Villa), killing himself in the effort to impress his intensely adorable girlfriend is also a bit of a cliche but I do love how The Expanse zeroes in on someone's very personal issues and shows how it affects the bigger picture. No faction can ever keep track of all the moving parts, people are just too complicated. 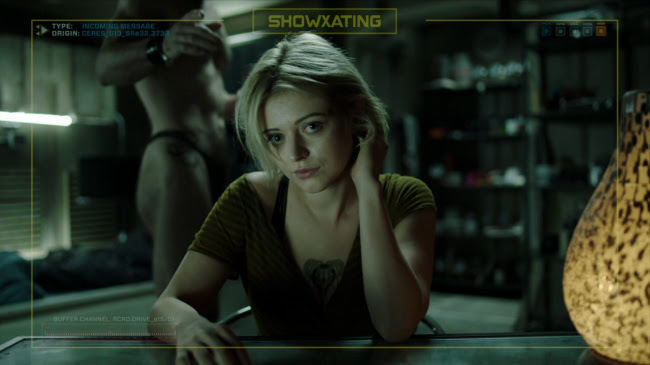 I guess if the show wanted to be more topical they could have made him an Incel. Though I guess he sort of is one. Or thinks he is. Really, you could say the 9/11 hijackers were Incels trying to get laid by their heavenly virgins. I suppose you could say the Incels who've turned violent have just streamlined an old thing. I shouldn't generalise and say all Incels are potential murderers, I suppose, maybe that would be like saying all OPA Belters are terrorists. 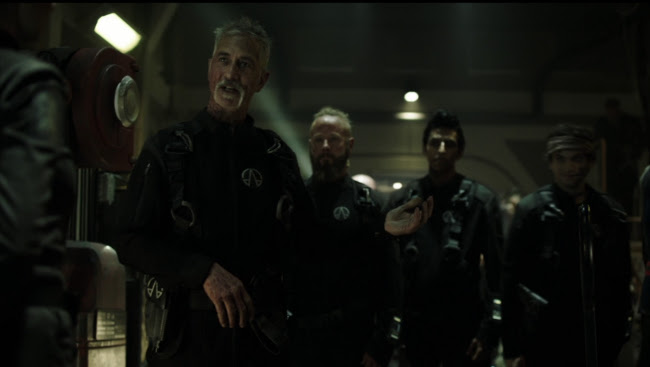 Some of them are pirates, after all. David Strathaim made his very impressive debut as Klaes Ashford last night, even doing the Belter accent which makes him sound slightly Irish mixed with Japanese. He has great presence anyway, somehow playing against type makes his air of authority all the more convincing. 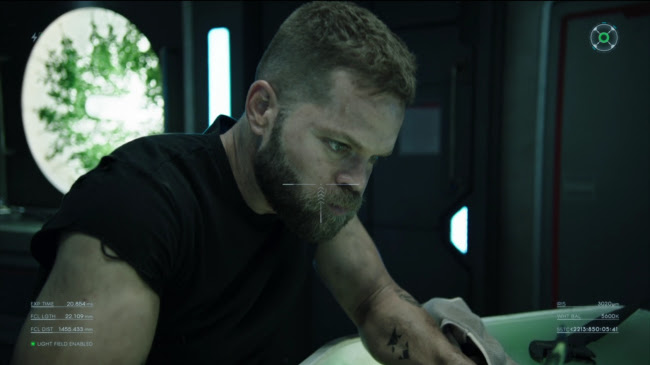 Back on the ship I think is called Rocinante again, there's an obnoxious documentary crew there to help deliver some exposition, not one of my favourite plot devices. It was cool to learn Amos is apparently a bisexual ganglord, though. I'm starting to warm to Wes Chatham's performance or maybe he's getting better. I like the way he demolished that guy's camera. I wonder if he is in love with Prax. I get the sense that Prax has taken the place Naomi used to occupy for Amos, like he needs someone with firm moral convictions to follow because he doesn't really have any himself. Or thinks he doesn't. He's like the Tin Man thinking he doesn't have a heart.

Posted by Setsuled at 11:34 AM
Email ThisBlogThis!Share to TwitterShare to FacebookShare to Pinterest
Labels: sci fi, science fiction, television, the expanse, tv show