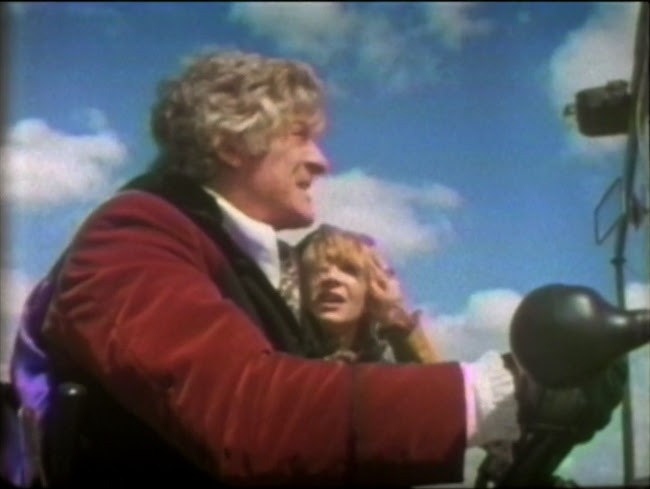 I always like to watch The Daemons in May, the 1971 serial from the Third Doctor era of Doctor Who. Along with The Wicker Man, it's one of the things that best evokes May Day for me. It has atmosphere not unlike The Wicker Man or Blood on Satan's Claw for the way it spends time creating distinct personalities for the people of the small English village where it's set. Also the fact that much of it was shot on film, for so many scenes set outdoors, contributes a lot to the atmosphere with its slightly grimy, shadowy 70s colour feel.

One of the villagers is named Winstanley, which makes me wonder if he was meant as a reference to Gerrard Winstanley, the 17th century leader of the Diggers, one of the radical groups that formed during the English Civil Wars. With the mentions of witch trials and Matthew Hopkins the serial has plenty of 17th century references. I wonder if writers Barry Letts and Robert Sloman were setting up an allegory for the ideological conflicts of 17th century England. One could take the Master (Roger Delgado) as representing the Church of England allied with the Royalists and their belief in a divine right of rulers and episcopacy, especially since the Master poses as a vicar and it's Winstanley who first starts to mistrust him. 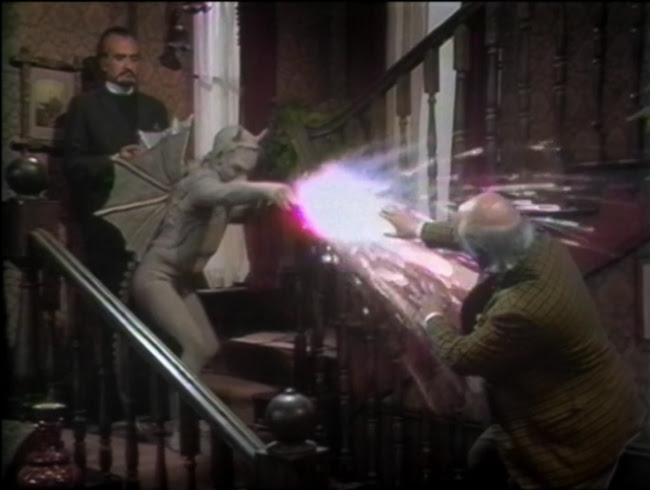 If that was the idea, it's kept pretty low key. More prominent than Winstanley is the local witch, Miss Hawthorne (Damaris Hayman), who's pretty charming with her slight lisp desperately trying to warn people of the dangers of tampering with the crypt an archaeologist is excavating at the beginning of the serial. The Doctor's (Jon Pertwee) gentle arguments with her about how everything she considers magic is in fact science are a bit silly. One wonders why the Doctor gets so hung up on semantics if that's really all he thinks there is to it. 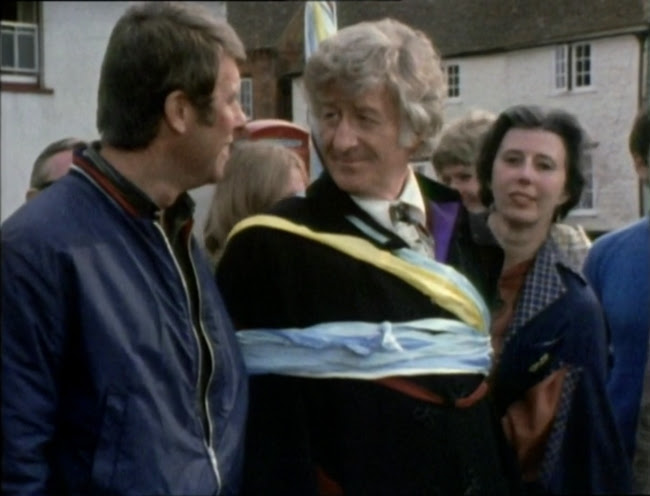 The heat barrier around the village is a nice effect. They could've just said there was an invisible barrier but the black stripe on the ground and the sticks and rocks exploding when they hit the air above it underline the hellish flavour to the village's predicament. 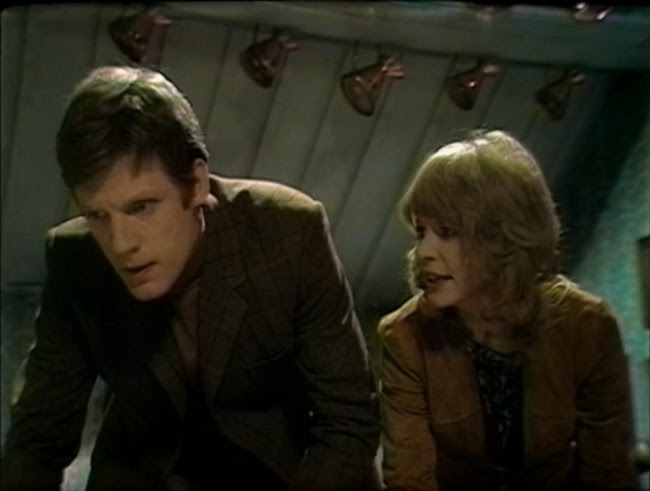