The Fat of the Skull 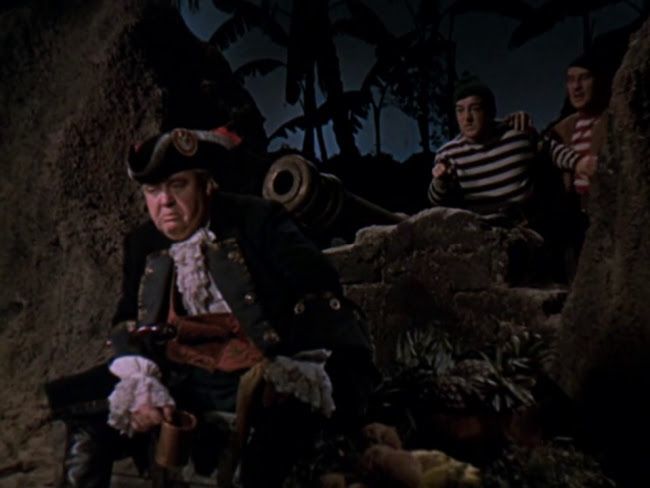 Of all the pirate names to inspire fear on the seven seas, "Puddin' Head" ranks pretty low. But the film featuring that character, 1952's Abbott and Costello Meet Captain Kidd, is a decent pirate adventure. It succeeds more at that than at comedy, in fact, but Abbott and Costello are always a delight.

It seems heavily influenced by two pirate films from the two years before its release--Treasure Island and Anne of the Indies. This is in spite of the fact that Charles Laughton here reprises his role as Captain Kidd from the 1945 film of that name but aside from Laughton being in the role there's nothing to associate this Kidd with the historical Kidd or even the embellished version. In this film, Kidd has a friendly relationship with Anne Bonny somewhat like the one between Blackbeard and Bonny in Anne of the Indies. 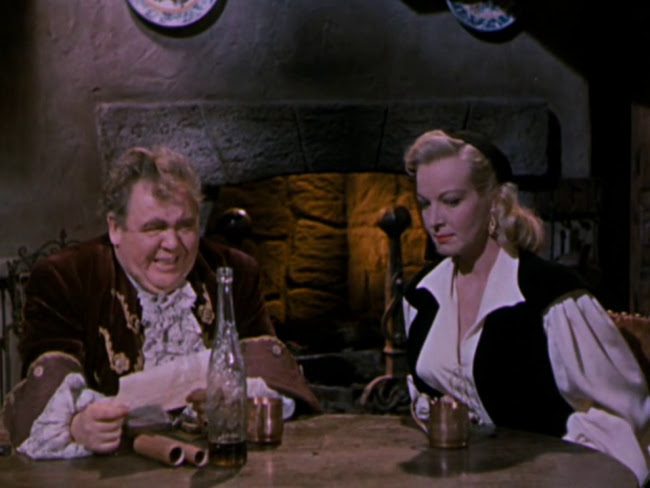 Hillary Brooke as Bonny lacks the pluck of Jean Peters in the role but she at least exudes an air of authority convincing enough to make it funny that she falls head over heels for Lou Costello--a.k.a. Puddin' Head. 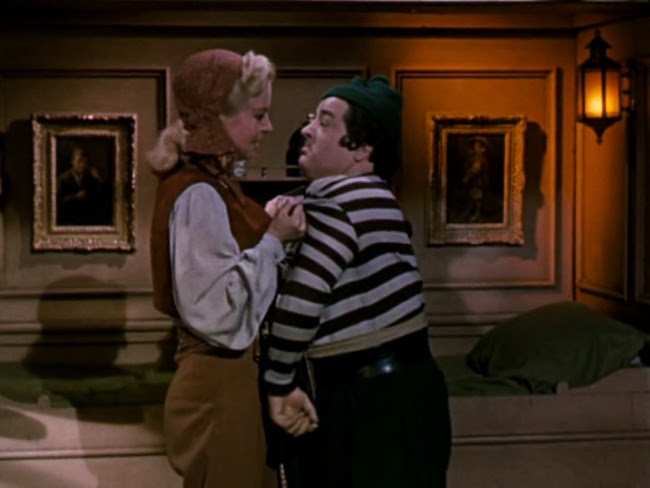 There's the usual obligatory straight pair of lovers--in this case Bruce (Bill Shirley) and Jane (Fran Warren) who are especially dull. But the plot is set in motion when Puddin' accidentally swaps a love note from Jane with Kidd's map to a buried treasure on Skull Island. After the initial mix-up it does get a lot funnier as the film continually contrives reasons for the two items to get mixed up again and again. 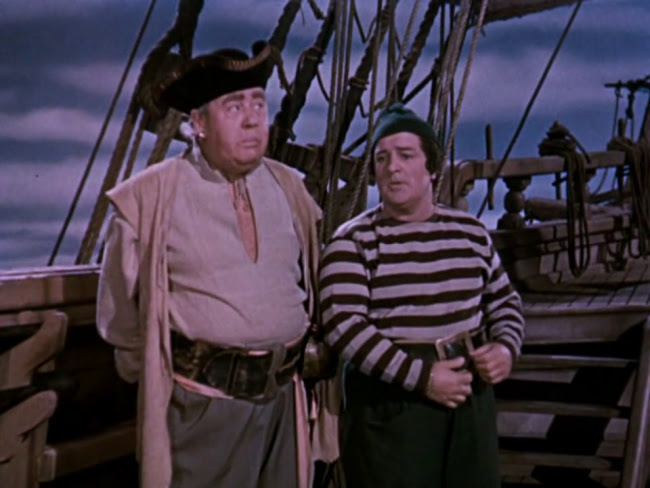 Laughton surprisingly really shines in this film for his comedic instincts. He's much more effective then Lon Cheney Jr. or Boris Karloff for this reason--Laughton's Kidd is truly amphibious, at ease with terrorising bluster as in screwy antics. He may partly have Robert Newton to thank for taking the pirate archetype more in that direction but Laughton is no light weight performer. As he remarks himself--when he sees Puddin' he remarks how he hates fat men. Bonny points out he's fat to which Kidd replies, "And I hate m'self!" 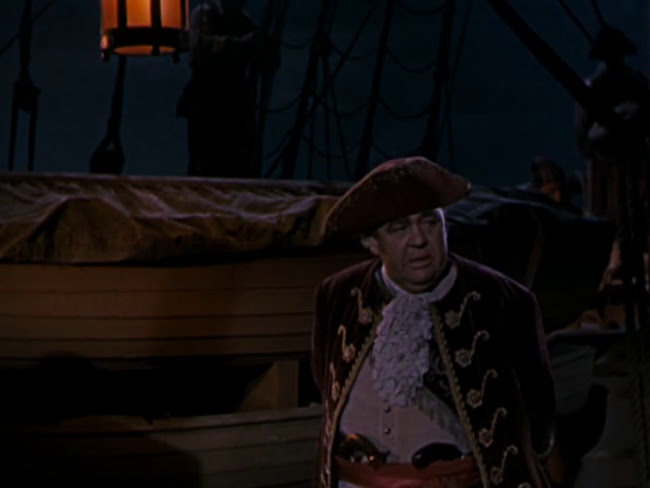 The colour, by SuperCinecolor, is really nice, enabling cinematographer Stanley Cortez (who also worked on The Magnificent Ambersons, Night of the Hunter, and Chinatown) to create a ghostly chiaroscuro more like Moonfleet than The Crimson Pirate, which is certainly my preference. And it works surprisingly well with some extended comedy routines between Laughton and Costello in the last portion of the film that feel like they were created late in production when people realised how well Laughton took to this. 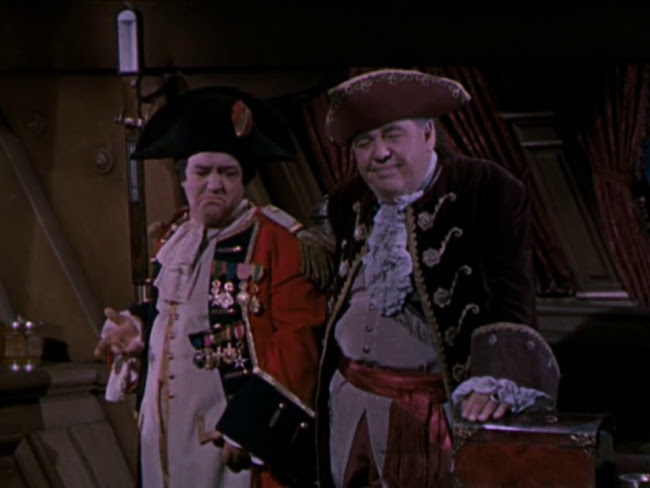