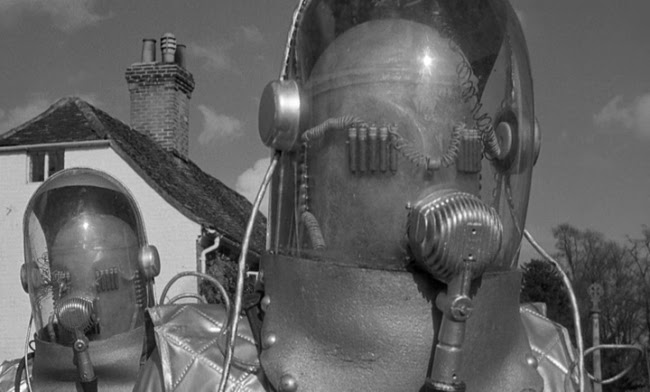 Nowadays television and movies have us well prepared for a day when we wake up and find most of the populace is either dead or mindless walking corpses. It was somewhat unusual, though, when 1964's The Earth Dies Screaming was released. This entertaining and oddly short post-apocalyptic film by Terence Fisher features a small, random assortment of people trying to figure out this suddenly strange world around them.

Shot and set in England, the film has an American at its centre, a middle aged test pilot named Jeff Nolan (Willard Parker). He's introduced without any preamble and it's almost like watching a silent film as we watch him drive up in a military jeep and wander around. He's as puzzled as we are by the sight of bodies scattered about the silent village. 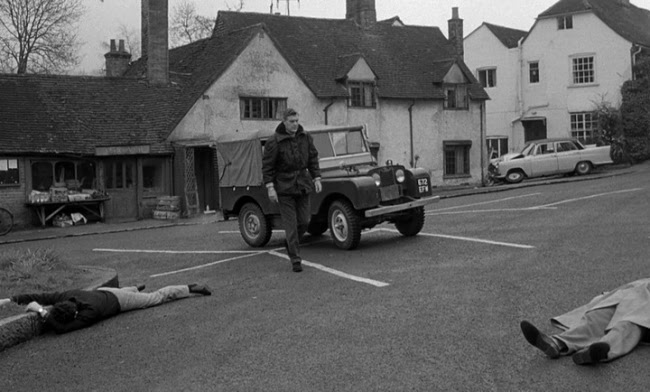 Gradually a group of people accumulates around Jeff who's treated as leader by default. They compare notes about what they were doing at the time of whatever it is that happened to the rest of the population. I felt like the movie was trying to subtly suggest a weirder explanation than the one we end up getting, one of the things that makes me wonder if the film's runtime, barely over an hour, was intended to be so short from the start. 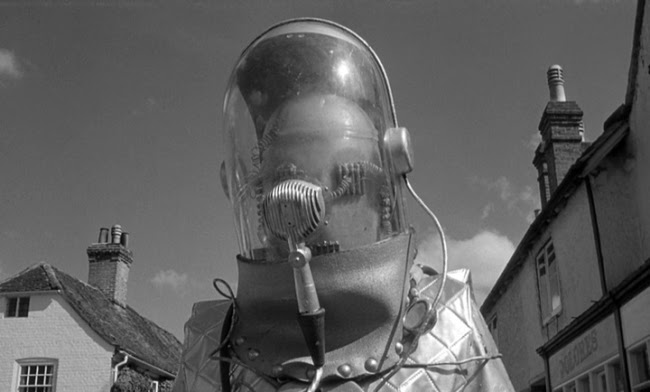 One thing that's certainly weird are the robots wandering around in space suits. They don't seem especially interested in the group until one of them, a society woman who'd been coming home from a party (Vanda Godsell) persistently pesters one. Later she becomes one of the zombies that roam the land--though not called zombies. But they are pretty close to the Night of the Living Dead style walking corpses introduced in George Romero's film four years later. Earth Dies Screaming's version has bulging white eyes and are pretty creepy. 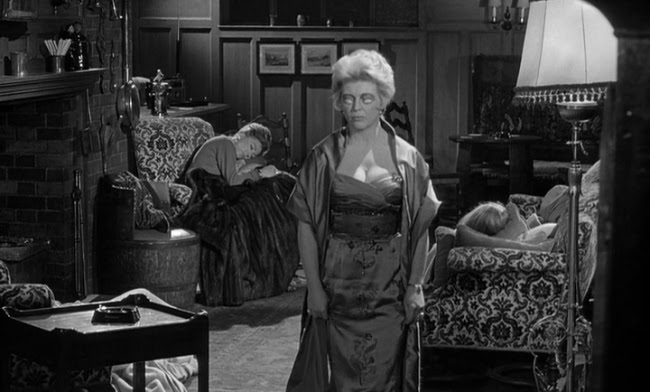 There's another effective scene where another member of the group (Peggy Hatton) hides in a closet from such a zombie and she peers fearfully through a lattice while the it searches the room for her. It kind of reminded me of playing Alien: Isolation. 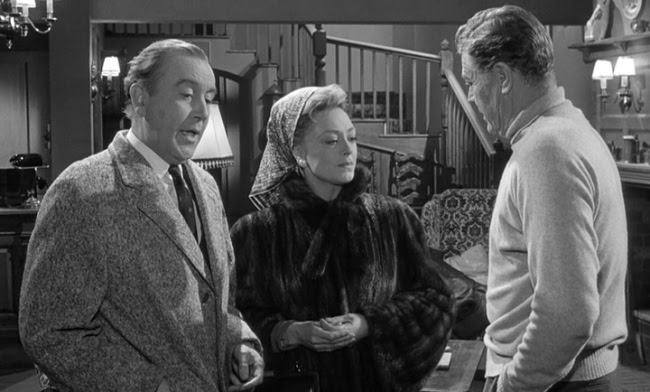 The group is nicely and credibly put together. Dennis Price plays a man with a sinister ulterior motive which for some reason the film never gets around to revealing and Thorley Walters plays an amusing, befuddled alcoholic. There's also a young pregnant woman in the group (Anna Palk). In one scene I thought effective Jeff watches her from outside while he's standing guard as she nervously gets some milk from a refrigerator. It's a nice moment with no dialogue that conveys how Jeff takes some simple pleasure in the sight of someone acting in a familiar domestic manner. Which makes it all the more effective when one of the robots in space suits shows up.