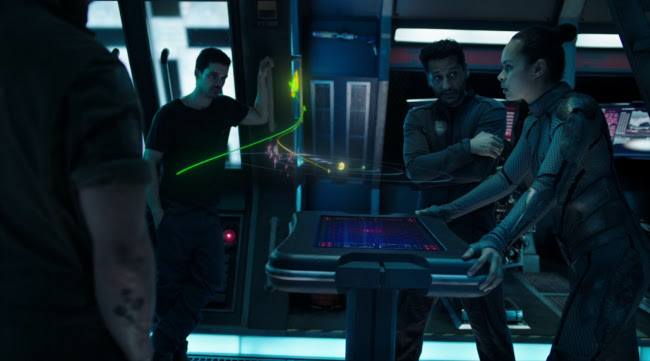 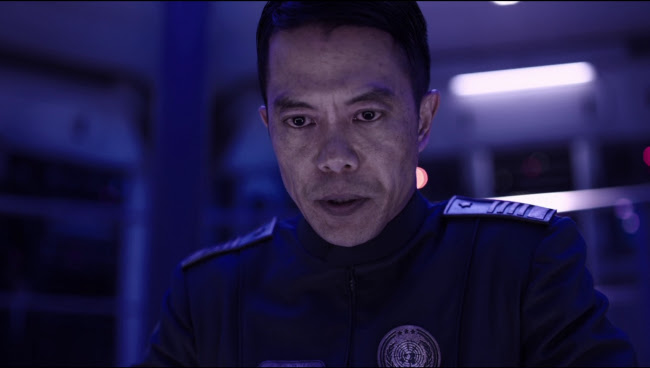 I kept thinking Admiral Nguyen (Byron Mann) was kind of an idiot. Why antagonise the crew of the Agatha King by being so obviously secretive? When he started firing at UNN ships I thought we were about to see the last of him. But then he fired off those missiles. I guess superior technology is one way an unlikeable dipshit can take over. 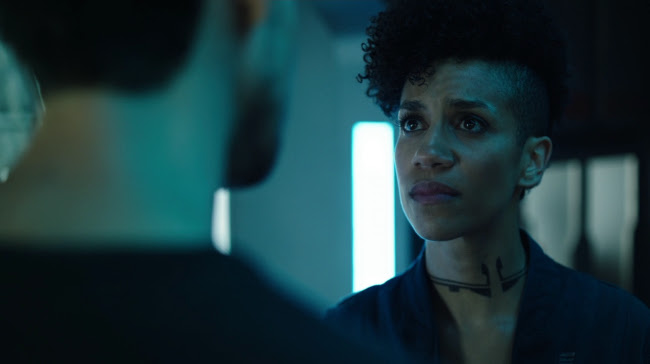 Meanwhile, most everyone else was thinking about their kids. Even Naomi (Dominique Tipper) has a kid named Filip we've never heard about and apparently he was a big part of her decision to send the protomolecule to Fred Johnson. I don't feel like we needed more motivation from her at this point for that. Maybe he'll become more important later, right now it feels like filler. 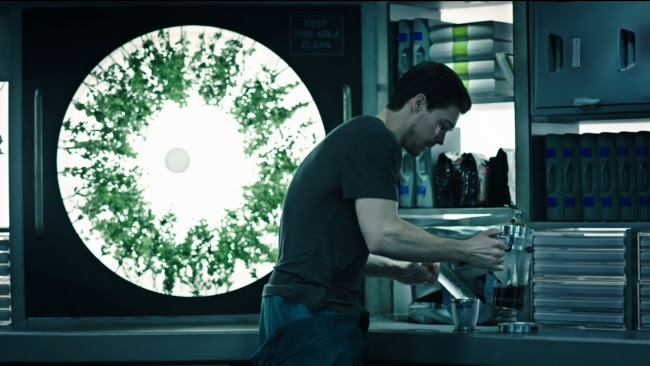 A lot of the stuff on the Pinus felt like filler this week. Alex (Cas Anvar) telling Bobbie (Frankie Adams) about how they killed the protomolecule monster, additional bonding between Amos (Wes Chatham) and Prax (Terry Chen). I think the floating tool disaster pretty well established the friendship between Prax and Amos in addition to Amos always voting to look for Prax's kid. 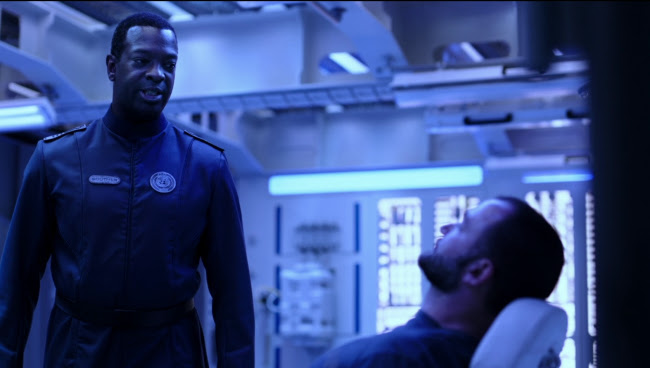 The Agatha King stuff was more effective and watching the strands of mutiny slowly come together was nice--Souther (Martin Roach) getting taken out at the end was an effective surprise. The episode certainly left me wondering what's going to happen with Mars and all these rebelling UNN ships.

Important texts; a set of dotted clouds.
A promise turned ignitions past a date.
The matte depicts a car in velvet shrouds.
This busy image still is young and late.
Suspicious faces sound a softened rock.
The granite depths deliver dusty tones.
The ankle like a fork absorbed a shock.
In Morse a madness spoke in sequent stones.
The car alarm was herald of the mode.
Approaching kings betook to court behind.
So Orson Welles predictions blithely strode.
What alien and strange may yet remind.
A tie provides a plate for mouths to sigh.
A hat extends above the tails to sky.

Posted by Setsuled at 10:53 AM
Email ThisBlogThis!Share to TwitterShare to FacebookShare to Pinterest
Labels: sci fi, science fiction, television, the expanse, tv show