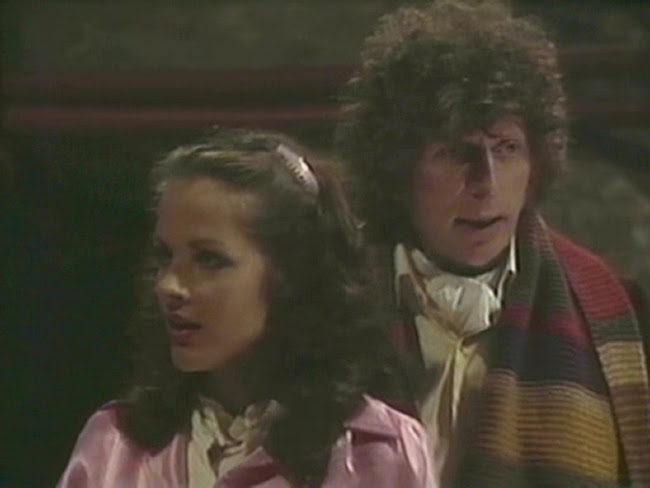 "Let that be a lesson to you, my girl," says the Fourth Doctor to Romana. "Never take anything at its face value." An appropriate lesson indeed in The Pirate Planet, a 1978 Doctor Who serial, the first to be written by Douglas Adams. People who appear to be villains turn out to be victims--even characters who prey on villains turn out to be victims of another layer of villainy. But perhaps the biggest facade of all is the entire planet in this wonderful serial.

Naturally there are many clever lines but my favourite comes from Romana (Mary Tamm) and is really very mild. After the psychic powers of her temporary allies have failed, she takes up a rifle to blast an enemy officer. Afterwards, she sighs and observes, "Well, so much for the paranormal. It's back to brute force, I suppose." 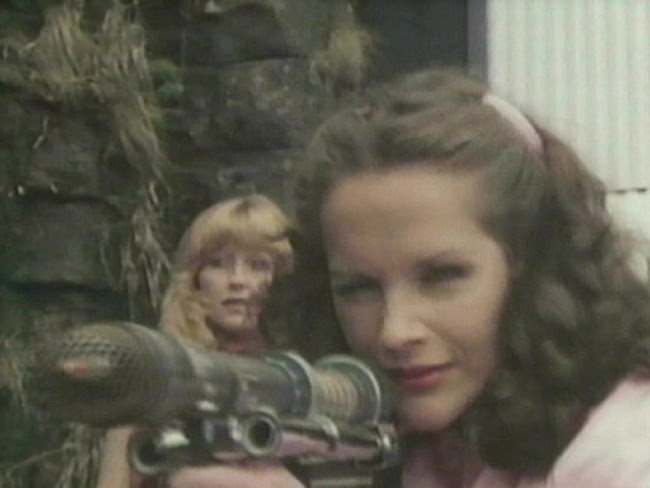 More than anything, I think it's Mary Tamm's delivery. There's not the trace of the slightest awareness in her voice of how funny the line is. She just sounds vaguely put upon and cool. The second Romana, played by Lalla Ward, is my favourite companion of all time but Mary Tamm, as Romana's first incarnation, could be just so damned cool. 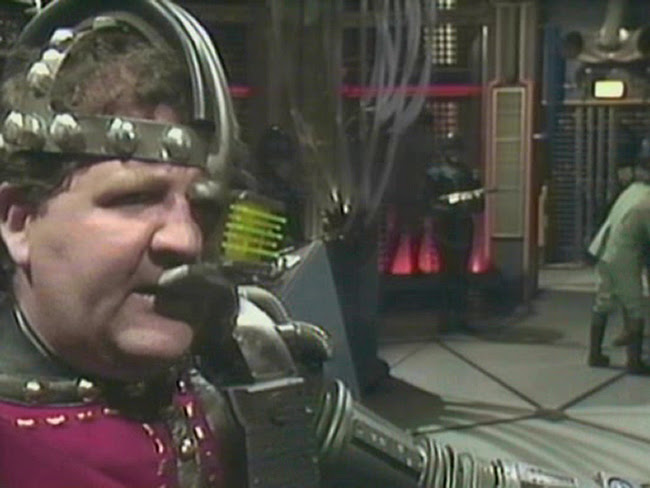 What made Adams think of turning a whole planet into a sort of broad, silly pirate ship? The parody is over the top in places, as when the crowd cheers unenthusiastically for the announcement of yet another "Golden Age of Prosperity". But is it so strange for a society to become complacently accustomed to wealth suddenly turning up out of nowhere and a blustering, cartoonish bully in charge, taking credit for it? 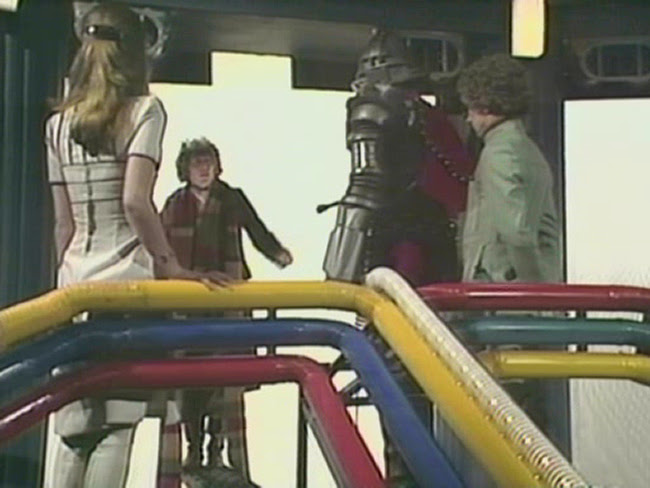 The Golden Age of Piracy, from the 17th century through the early part of the 18th, coincided with the expansion of European colonies. Resources imported to England like sugar and tobacco could enrich society without most people being quite aware of how it was acquired, the cognitive separation resulting in many innocent people unknowingly benefiting from slave labour, or at least without really understanding what slave labour entailed. To-day, of course, it's much harder to avoid being at least somewhat informed about the brutal working conditions in China that supply the world with cheap commodities. But in the 17th century your average European could scarcely conceive of anything like Barbados sugar plantations. But what if those distant lands were right under their feet and the cognitive separation were still there? 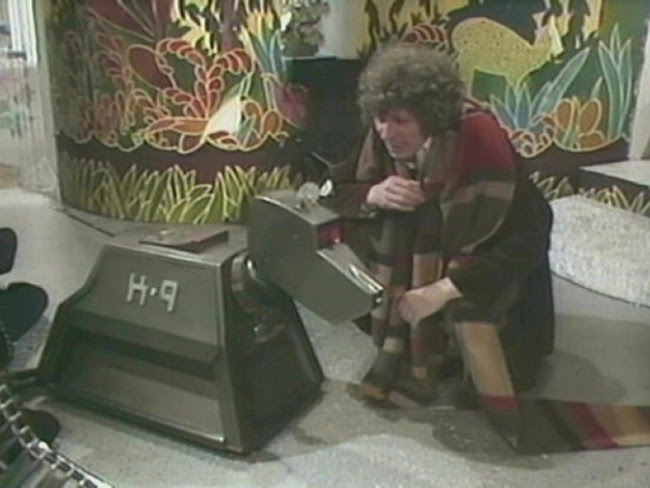 Maybe that's why The Pirate Planet involves people with psychic powers, too. The absurdity of the situation suggests a mental playground somehow. Anyway, Tom Baker is great in it, too, especially since Adams' dialogue isn't merely funny it's also very smart and the Doctor genuinely does seem brilliant orchestrating events in the climax.