The Possessed Man Isn't Who He Says He Is 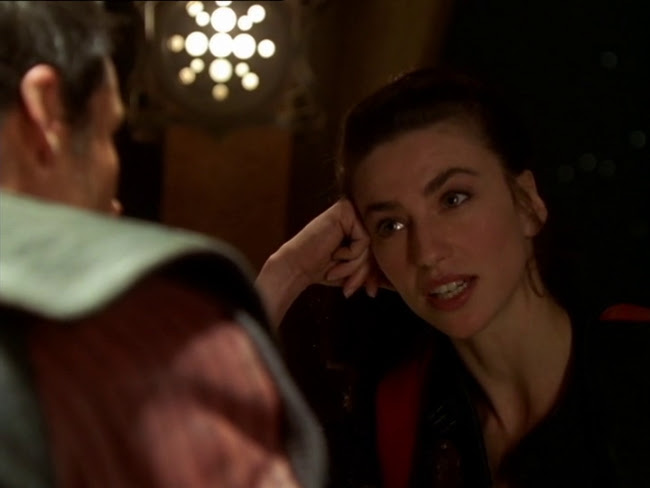 A situation on Farscape where one group is bluffing about their identities to another group is complicated by an intelligent virus taking control of one individual after another. Miraculously, all this destabilisation leads to some solid and entertaining character development. 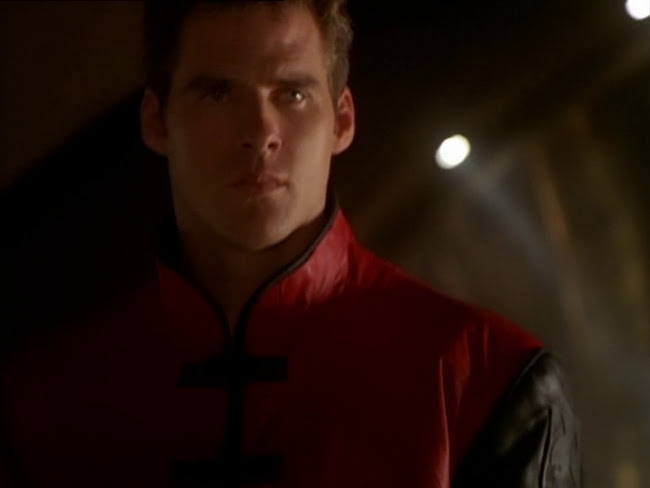 Ben Browder employs the phoney English accent that will have improved by the time he cameoed in Guardians of the Galaxy vol. 2--in this case it's to pose as a Peacekeeper captain when Moya receives some unexpected guests. 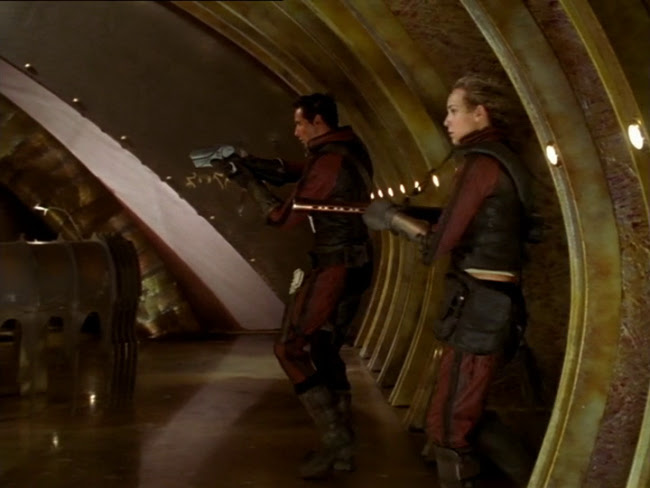 They're some highly specialised Peacekeeper Black Ops commandos. Aeryn (Claudia Black) of course has an easier time posing as a Peacekeeper than Crichton, having been born and bred as a Peacekeeper pilot. We hear a little more about her youth in which she was already training to fly at the age of 14 and at one point, she tells Larraq (Paul Leyden), her advancement was stalled only because her legs were too short to reach the pedals of the more advanced crafts. We also learn that the more disciplined, regular military tends to regard the more free-ranging, seat-of-the-pants style of Larraq's group with some scorn. 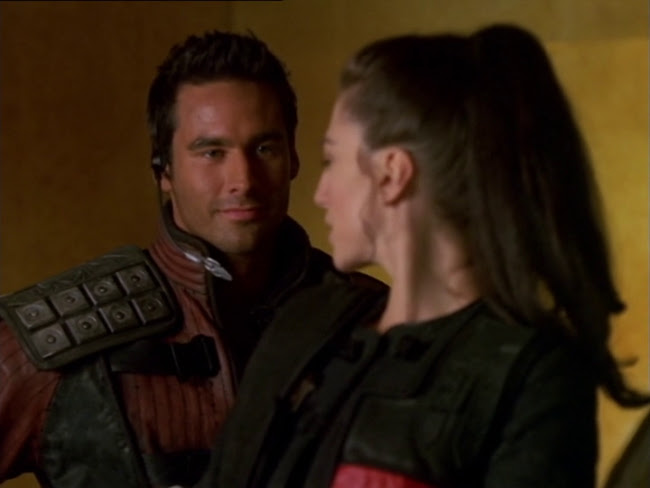 Aeryn starts to develop affection for Larraq. It makes sense--she likes Crichton, a man who's so different from the world she's used to. Larraq is part of that old world but he's enough of an outsider in it that it almost seems to bridge the gap to Aeryn's relatively recent outcast status. She's found a context already familiar in her old life where what she's become kind of makes sense. 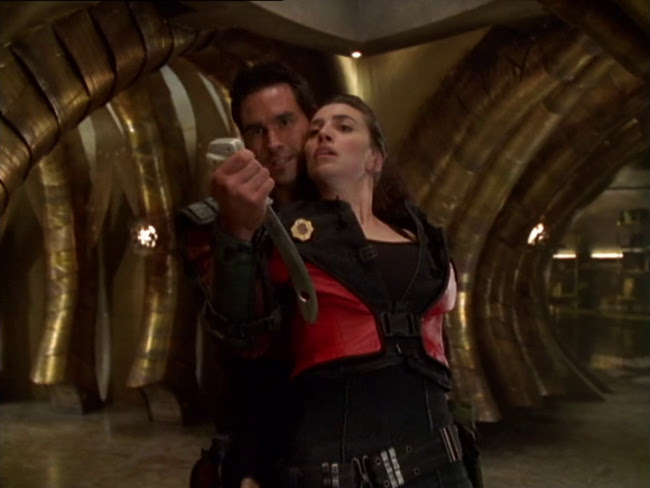 I like how the climax of the episode doesn't involve Larraq doing something obviously villainous to send Aeryn back into the arms of Crichton. In the end, in fact, he's more of a victim and Aeryn's conflict is left nicely unresolved. 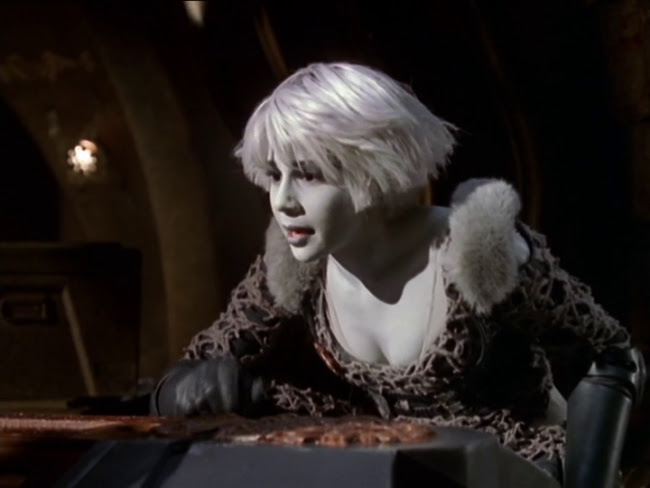 The commandos are transporting a mysterious item to a research base (a base that'll become very important in succeeding episodes). Once again, Rygel (Jonathan Hardy) and Chiana (Gigi Edgley) make a natural team--they run into each other when both decide to try cracking open the crate. This part of the plot nicely helps establish Chiana's cred as a thief--there's a good scene where she flirts with one of the commandos to take an impression of his key with a food cube on the sly. 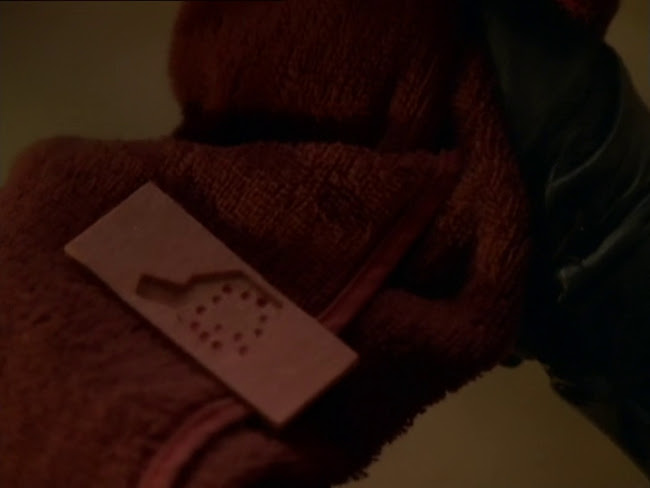 Of course, Chiana turns out to be a bit of a Pandora here as the box unleashes a virus that works as a possessing demon. It moves from host to host, leaving the previous essentially unharmed. It takes over the personality of its hosts with access to their memories and normal behaviour. This leads to a Mexican stand-off, the revelation of the virus coming to Moya's crew at the same time the nature of Moya's crew is revealed to the commandos. There's so much revelation with new reasons for the characters to distrust each other while everyone's pointing guns that the scene could've easily fallen apart. It holds together, though, and becomes another fascinating facet in the show's ongoing exploration of characters being lost in the galaxy.