Yet the Wood Lives 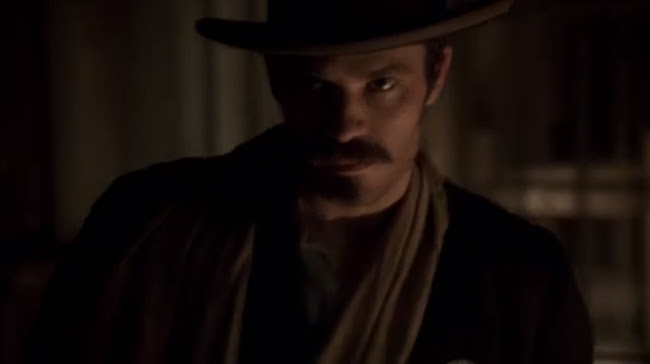 I finally caught the first episode of Deadwood last night. I get to these things eventually, this one only took me fifteen years. I like it so far, only one episode in--please refrain from giving me spoilers though I've already looked up some of the real life counterparts of characters portrayed on screen and have a general idea of who's going to live and who's going to die. I'm surprised how many of the characters are based real people, even Timothy Olyphant's character, Seth Bullock, though Bullock had a much better moustache in real life. 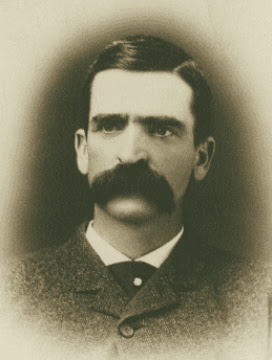 There's a wonderful, grimy atmosphere about the television portrayal of the town of Deadwood, about as close to a good Spaghetti Western as you could get on a mid-2000s HBO television budget. I find Olyphant a bit bland but most of the cast is terrific, especially Ian McShane as Al Swearengen. 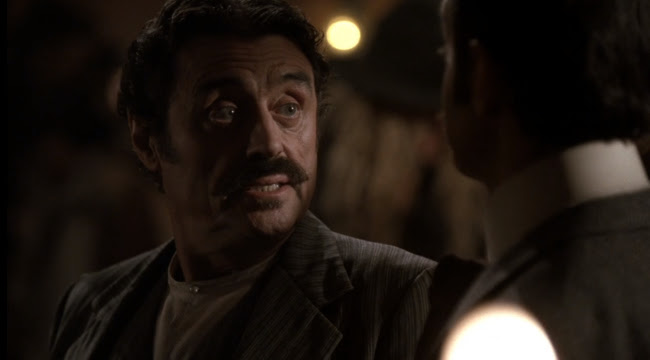 Based on the show's reputation, I was expecting him to be more about delivering lyrically profane outbursts but in the first episode I was most impressed by his quieter moments. When a land deal he's orchestrated starts going in the wrong direction, he doesn't start screaming at the participants, he becomes stony faced, quietly repeating offers and arguments. It's much worse than an outburst--it's the kind of quiet that presages a particularly deadly storm. 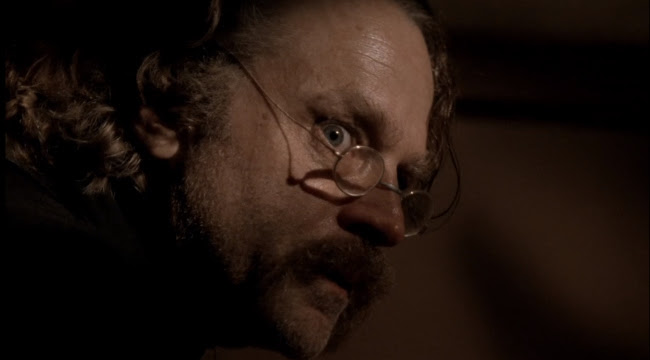 It's also good to see Brad Dourif and he's already had one interesting moment as the town physician in a scene where he's amazed by a man who's survived twenty minutes after a getting shot in the head. It feels like it's been a long time since I saw Dourif in anything. Looking at his Wikipedia entry, I see he was in three movies last year, maybe I ought to watch at least one of them if I really want a Dourif fix.

The first three seasons of Deadwood are available on Amazon Prime.

A frozen face at centre worked a sun.
A double glass reports a heavy harm.
In traded light, the purple systems run.
A youthful bracelet steels a weathered arm.
The magnet fooled a spinning weather vane.
A heavy sky disturbed the lightest cloud.
A horizontal drop astounds the rain.
A busy hermit's come the raucous crowd.
A thousand hands are busy making thread.
In flying east the swarm betook the trades.
The sheet of studs were useless, cold, and dead.
A picture soaked in varnish slowly fades.
The crispy edge delivered greasy food.
Conveyor belts create a static mood.

Posted by Setsuled at 7:49 AM
Email ThisBlogThis!Share to TwitterShare to FacebookShare to Pinterest
Labels: deadwood, television, tv show, western