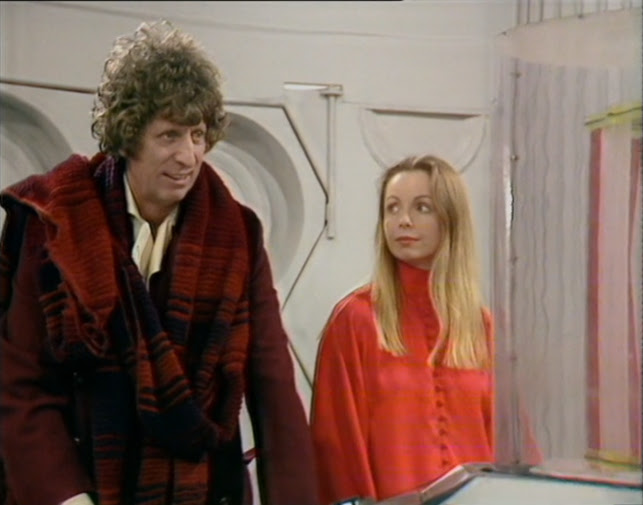 Crossing from an alternate universe back into ours, the Fourth Doctor and his companions find themselves caught in a strange middle-zone in the Doctor Who serial Warrior's Gate. The last serial to feature my favourite companion, the second incarnation of Romana, it's a visually and thematically ambitious story that sometimes hits its mark. 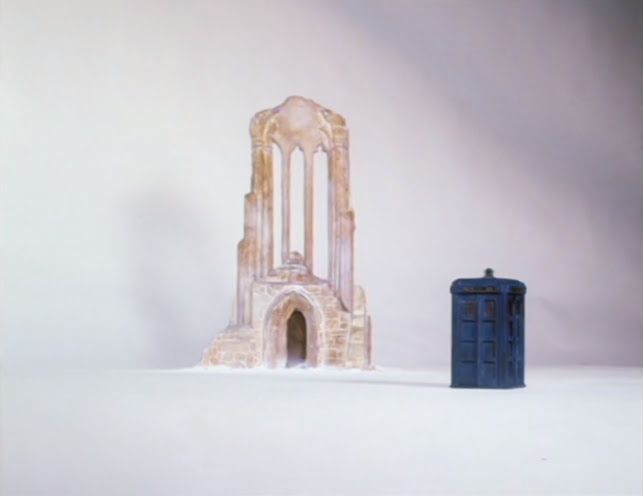 Stuck in a strange white void where people can get out and walk around are the TARDIS, a spacecraft belonging to some humans, and what seems to be the disconnected entrance of a mediaeval castle. 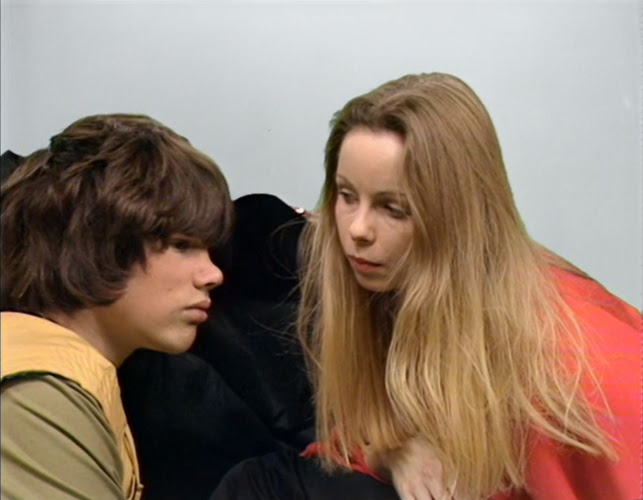 Along with Romana (Lalla Ward), the Doctor (Tom Baker) is accompanied by Adric (Matthew Waterhouse) and K9 (John Leeson). This is also K9's last regular episode--he was not to be seen again on the main show (there was a failed spin-off or two) until the Tenth Doctor era. The poor fellow's components are frazzled by the strange place and I feel really bad for the guy when he tries to follow the Doctor through a mirror in the castle to avoid capture. 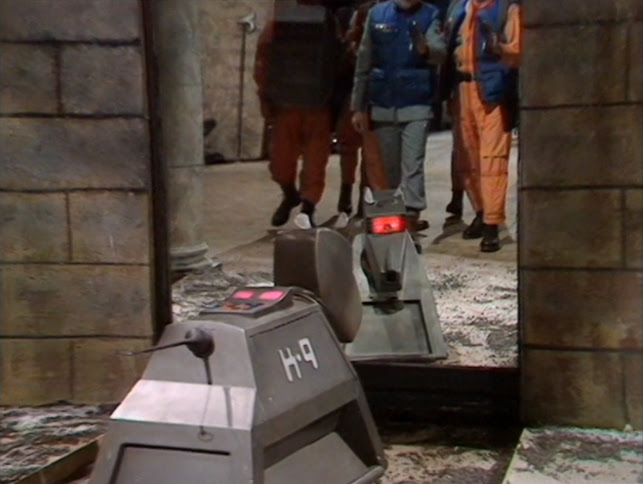 Travelling to a separate dimension via the mirrors is one element director Paul Joyce took from a Cocteau movie (Orphee), another being the strange lion-people called the Tharil, who look slightly like Jean Marais in Bele et la Bete. 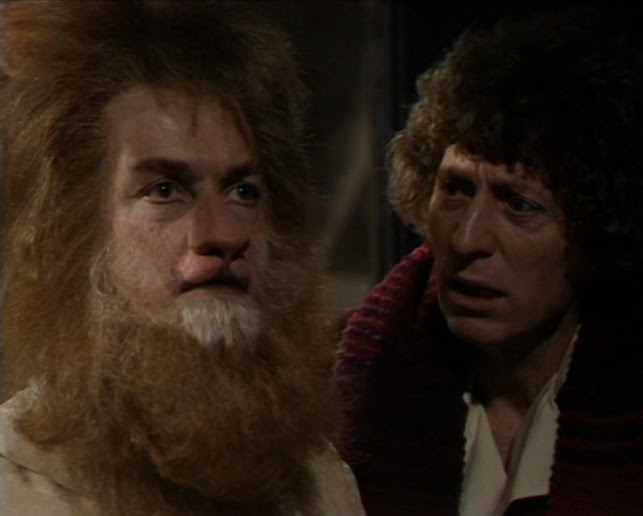 This was another troubled production--disagreements led to Joyce being temporarily replaced as director by Graeme Harper, one of the bones of contention being that the cinematic look Joyce was trying to achieve took quite a lot of time and produced mixed results. It's worth noting how much better Cocteau's movies from the 40s look using practical effects than the cheaper blue screen shots used in the episode. The Doctor wandering through black and white still images of castle grounds was likely meant to look artificial but in more of a dream-like way than a distinctly TV way. 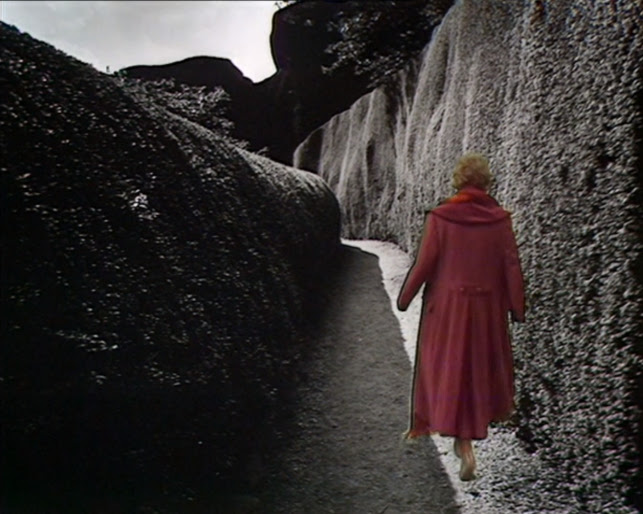 The main conflict is built on the concept of an enslaver society one day becoming the slaves--the humans enslave the time-sensitive Tharil's as living navigational aides while through a nicely weird time sequence the Doctor, attending a feast with ancient Tharils, discovers they're waited on by a human slave. 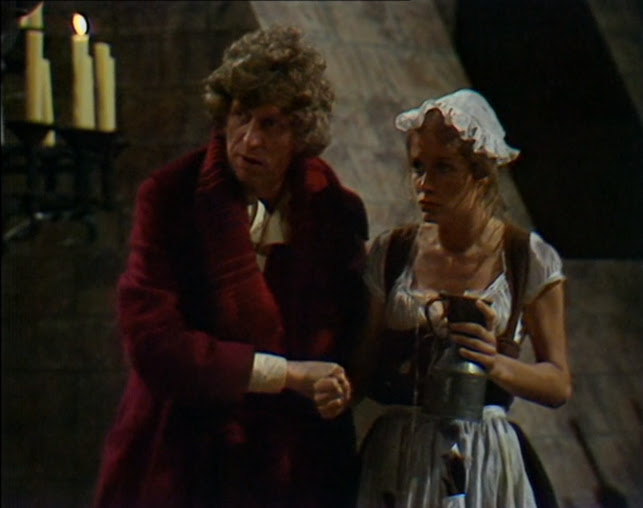 "The Weak enslave themselves," a Tharil replies to the Doctor's indignation, a dismissive justification which takes on another meaning later in the story. There's no strong attempt to moralise on the topic but slavery is presented simply as evidence of tragic, recurring sentient behaviour. 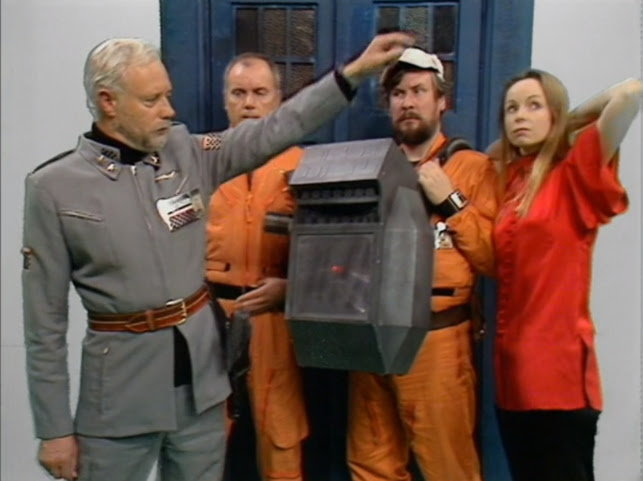 Romana investigates the ship while the Doctor investigates the very Hammer-ish castle interior. It's nice that in her final episode she gets to be sassy with the crew as she diverts them from discovering Adric in the TARDIS. She's fun to watch in this episode, I love how she pops her head out of the TARDIS while the humans are trying to break it open with a machine. It recalls some of her wonderfully flippant moments in City of Death.

It occurred to me her staying in another dimension, particularly with all the Cocteau references, may have been meant as a metaphorical death. She does come back in the novels and audio plays but she's never quite the same.