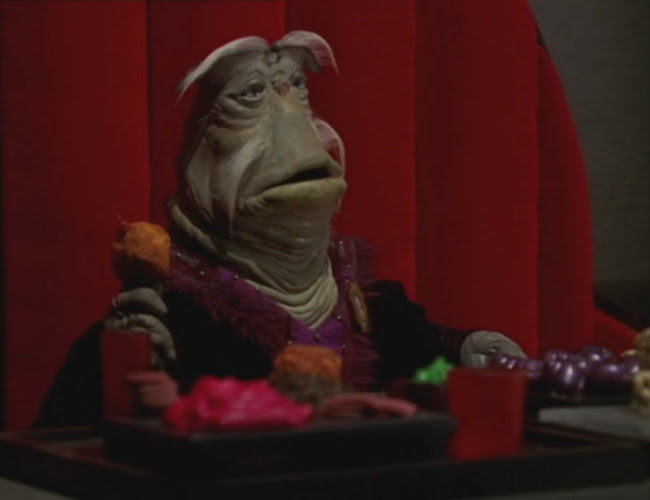 The first season of Farscape concludes with an episode that reflects on the state of connexions made between its misfit characters over the course of the preceding episodes. Some of them find they've come to mean a lot to each other, while others still seem to be ready to sell everyone out for the right price. 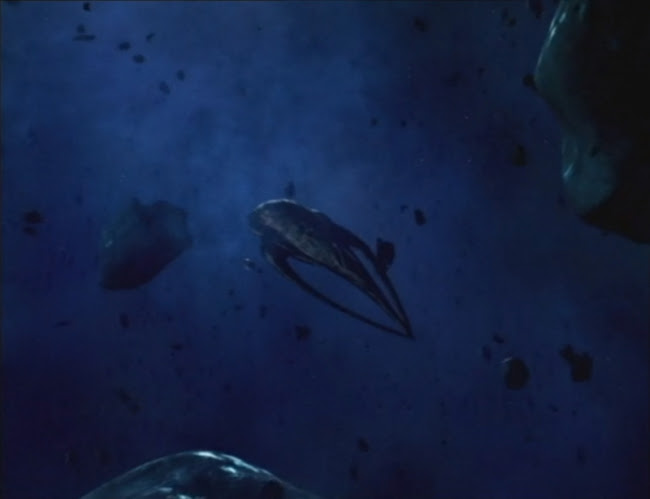 Still hiding in the asteroid field from a Peacekeeper command carrier, we join the crew of Moya panicking because someone's stolen a transport and is heading for the enemy ship. It is, of course, Rygel (Jonathan Hardy) who plans on trading his crewmates for his freedom. 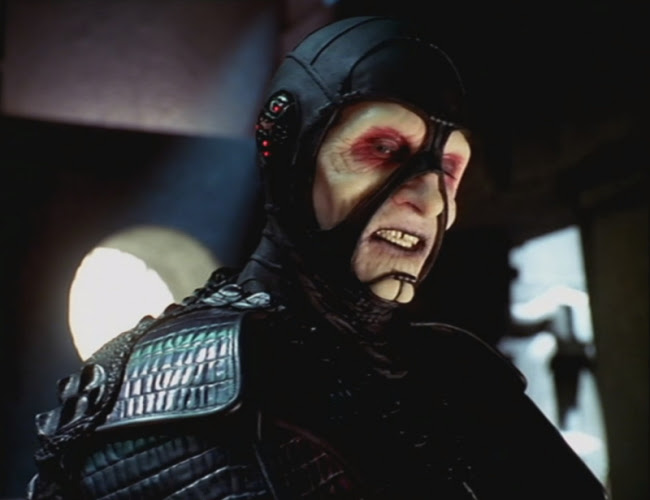 Or so he thinks. When Scorpius (Wayne Pygram) questions Rygel, the strange Peacekeeper insists the Dominar is lying on that point. Scorpius seems to have an instinct for detecting deception--there's still no explanation as to how he spotted Crichton (Ben Browder) as an imposter. This is the first episode where reference is made to the fact that Scorpius is half Scarran though we won't be properly introduced to that species until season 2. At this point, we're left to wonder how this half alien rose to such a high position in an organisation committed to racial purity. 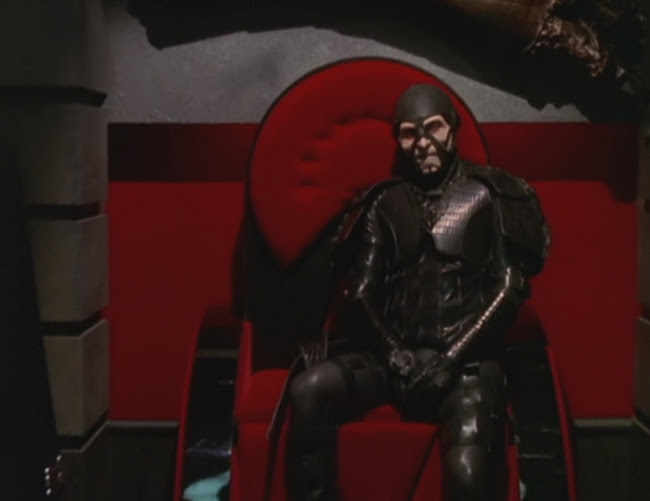 Only one off-hand mention is made of M'Lee, by the way, the bone-eating woman from the previous episode--Crais (Lani Tupu) mentions that Scorpus has had her shipped off like a pet to an undisclosed location. Sadly, I think this is the last we ever hear of this character. 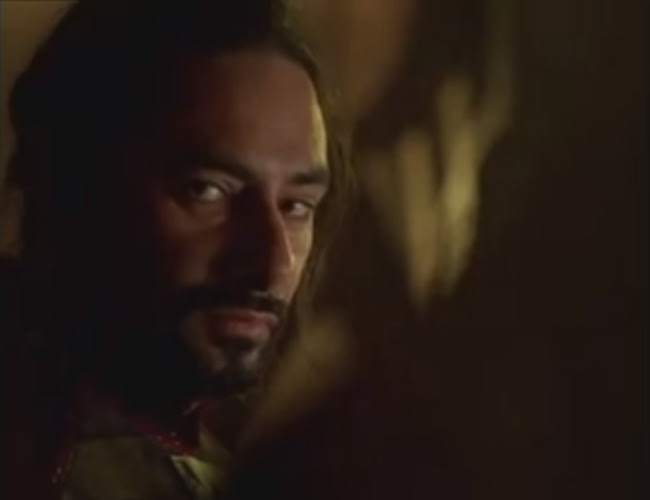 The ultimate outcome of Rygel's plan is the Hynerian returning to Moya with Crais, who asks for asylum. After the revelations of his unprofessional behaviour and outright refusal to follow orders he's on the outs with the Peacekeepers. It's strange seeing him with the crew of Moya--he's almost friendly. He even eats at the final meal Chiana (Gigi Edgley) prepares before the crew execute a dangerous plan involving some bombs created by Zhaan (Virginia Hey). At least Crais says he no longer blames Crichton for his brother's death in a conversation where Ben Browder's performance really communicates a sense of the trauma Crichton's experienced. A tear rolls down his cheek as he talks about what it's like to be hunted. 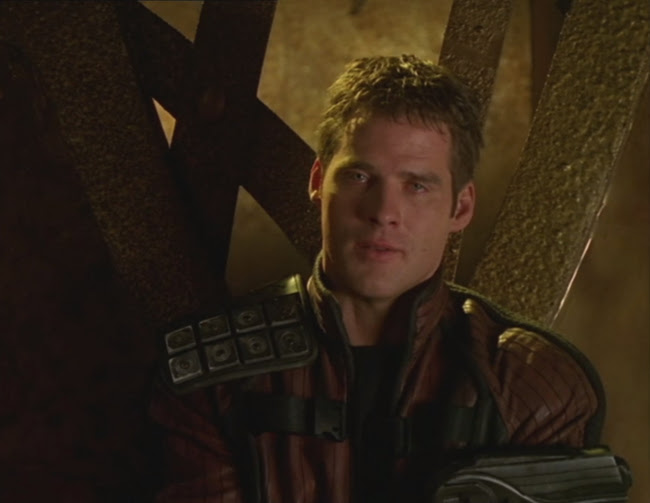 There are some good conversations between Aeryn (Claudia Black) and Crais, too, especially on the bridge of Moya's offspring, whom Aeryn names Talyn in this episode, after her father. 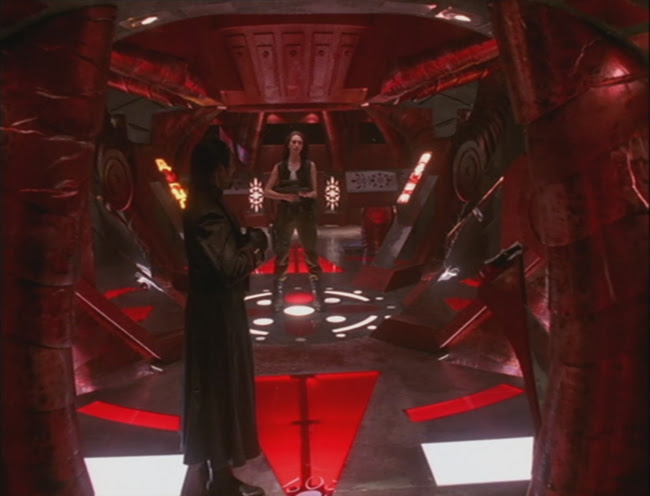 It's kind of abrupt, though, the two of them being so civil to each other after she'd left him for torment in Scorpius' Aurora Chair. If it weren't for the wormhole technology in Crichton's head that Scorpius wants, it seems likely the crew of Moya would be left alone by the Peacekeepers now since it's been established that Crais was directly defying orders by pursuing them. So it seems like Aeryn should hate Crais a lot more than the Peacekeepers. 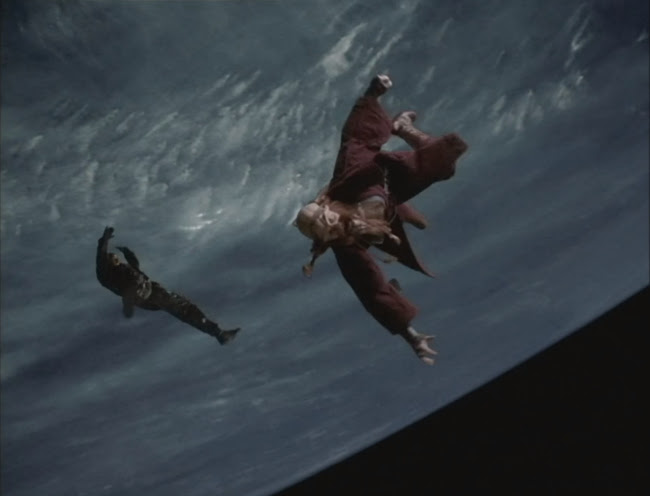 The end of the episode, like many good season finales, leaves things precarious and uncertain with Crichton and D'Argo (Anthony Simcoe) floating in orbit of Scorpius' base. But this is not the end; in fact, the show gets even better in season 2 . . .