The Pattern of Investigation 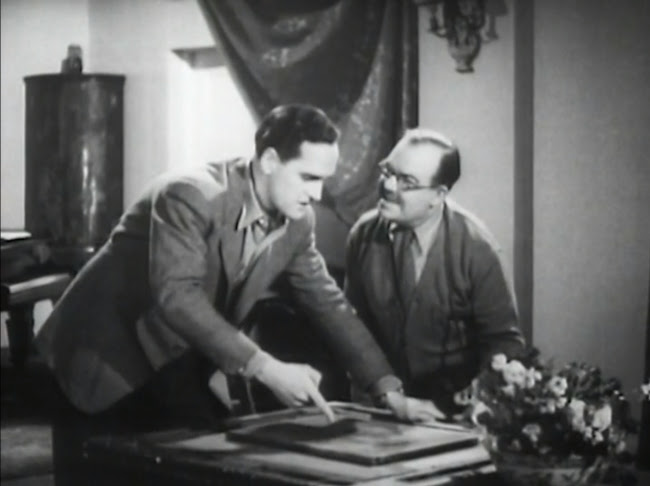 A Scotland Yard Inspector's holiday is interrupted by a murder, a murder complicated by the disappearance of the corpse in 1939's The Body Vanished. A "Quota Quickie", the film draws on various familiar plot elements and character types in unremarkable settings but there is a strange charm in how plain it is, making it an artefact of normalcy in 1939 Britain.

The Quota Quickies were a product of the Cinematograph Films Act of 1927 which mandated a certain number of British films be produced in the effort to promote the British film industry. As with the quotas imposed on media to-day, the result is often dull, at best merely harmless. 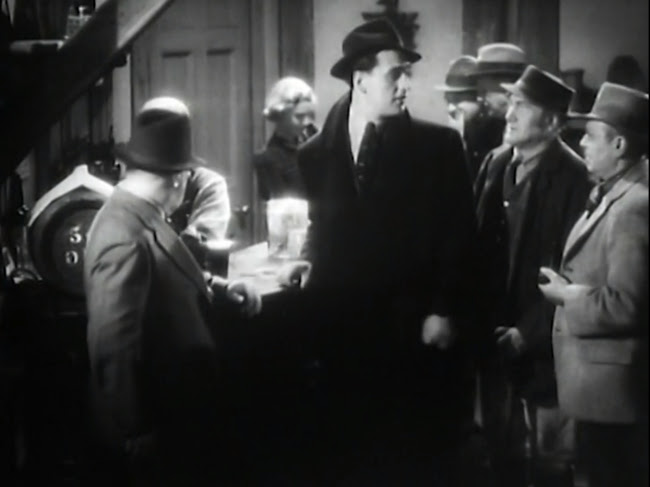 Anthony Hulme plays Rodney Paine, a generic brand Sherlock Holmes, while C. Denier Warren as his chum, newspaperman Pip Piper, is both a Watson in the Nigel Bruce mould and an example of the frequently stymied reporter in a crime film. He's constantly sputtering at Paine's repeated insistence that he not print in his newspaper any of the remarkable findings from the investigation. 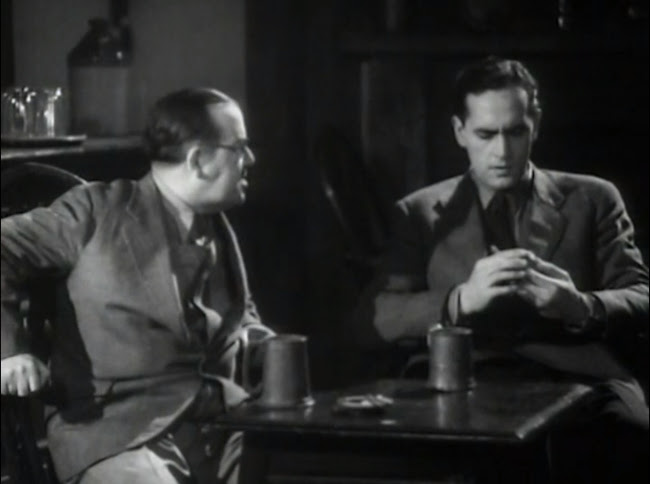 Paine's deductive reasoning is assisted by several remarkable coincidences--in one particularly amusing case, a bottle of poison happens to fall out of a woman's purse to land at his feet. The supporting cast make the film a little more worthwhile, though, particularly Ernest Sefton as a local police sergeant named Hopkins and Frank Atkison as Hobbleberry, a local man trying to recover his stolen tricycle. I'd never seen an adult tricycle on film before. 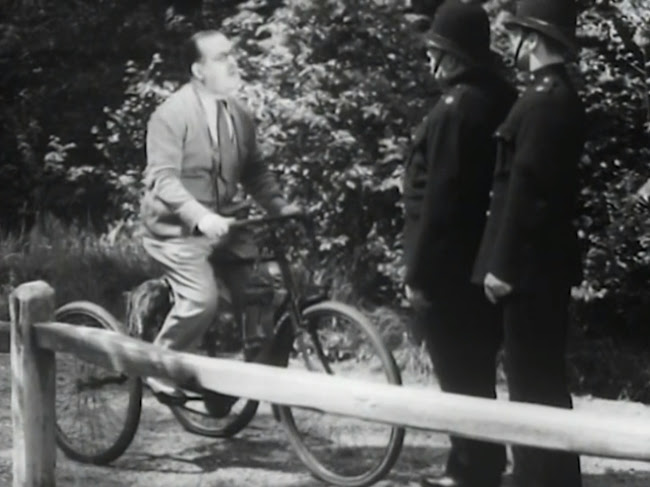 The Body Vanished is available on Amazon Prime.

Posted by Setsuled at 7:05 AM
Email ThisBlogThis!Share to TwitterShare to FacebookShare to Pinterest
Labels: movies, mystery, quota quickie, the body vanished