These are the Voyages

RIP J.G. Ballard. I never got a chance to read any of his stuff, but I loved David Cronenberg's Crash. This is the second time in less than a week someone famous has died who I only know of through their work with David Cronenberg.

I forgot to mention I finally got a clear picture of Saffy the Cat last week; 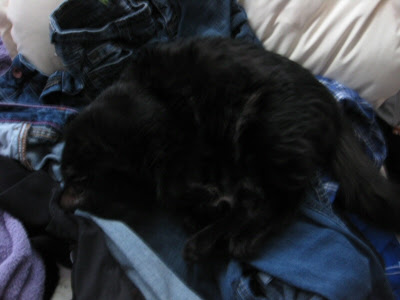 Still not a very good photo, but Saffy informs me it's the best I'm going to get.

It's good to drink green tea from a bucket.
Can't get away from the reflecting pool.
O tell all mutants or orcs to suck it.
Deny "There is no Dana only Zuul."

I grabbed a To Go order from a nearby Japanese place before I went to Tim's last night and for some reason they decided to put my tea in a big styrofoam bowl. Instant party.

The "reflecting pool" tweet referred to my inability to get away from the National Mall in Fallout 3. Every time I tried, I kept somehow getting caught in a loop.

I guess I am kind of missing Battlestar Galactica because I watched one of Ronald D. Moore's earliest Star Trek: The Next Generation episodes last night, the third season episode that introduces Tony Todd as Worf's brother. It's a good episode, better than I remembered. Though I'm still not overly fond of "The Bonding", Moore's first TNG episode.

Check out the videos in this post by Neil Gaiman. The Gahan Wilson animated short based on one of Gaiman's stories slips in some King Lear names, which makes it after my own heart, and Gaiman also links to a wonderful Moby music video animated by David Lynch.

I spent a lot of time hanging out in Second Life with Misa to-day, so I'd better call this a post so I can get to some drawing. Stay adventurous, everyone. 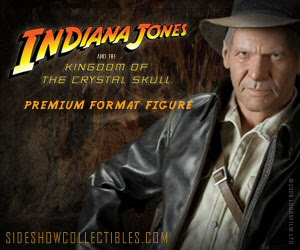 Uuuurrr! Me Indy! Me not Gary Busey! Pay hundred fifty dollars for me! Urrrr!

*EDIT: oh, yeah, and I've seen Empire of the Sun. Where's my brain to-day?
Posted by Setsuled at 6:28 PM
Email ThisBlogThis!Share to TwitterShare to FacebookShare to Pinterest