Before a Spring Rain 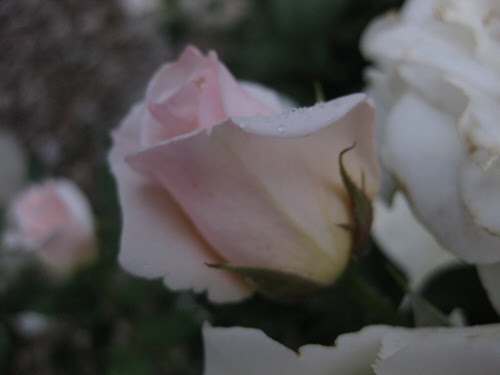 Glowing red and blue dust spear the wood.
Cold reigns as police forget a blanket.
Howling men by dogs are misunderstood.
A park at night is sound's concrete pocket.

What I at first thought was a dog or coyote howling outside at around midnight turned out to be a man crying for help. I called 911 and was told by the sheriff, "We're already there."

I went outside to see if I could see anything and sure enough, behind the house there were two police cars. The man was still calling for help, but I became aware of the female voice of the sheriff talking to him like a mother, "Okay, we're going to help you, honey . . ." and so on. But he almost seemed unaware of her, the way he continued calling for help in the same way, but then he started crying, "Cold! I'm cold!"

"We're gonna get you a blanket," the sheriff said. "Get a blanket!" she called to the deputy back at their cars. "I don't have a blanket!" he said and I remembered the old blanket I keep in my car, which was a few feet away. I've had it in there for eleven years, have never used it, and I don't remember where it came from. I got it, and went back to the scene, which was in a small park behind the house, totally dark except for the red, blue, and white lights of the now three police cars. "Excuse me," I said to another woman, a deputy. "Do you need a blanket?"

I had glanced over and had seen someone draping something over a flesh coloured shape isolated in flashlight illumination in the darkness, and I thought maybe my blanket was now unnecessary, but the deputy said, "Yes, thank you," taking it.

I was told by one of the new cops who'd shown up to wait around and I eventually gave him my information, but before that I spent around fifteen minutes waiting by a tree as more and more police cars accumulated around me. I heard one of the men who'd just shown up ask another what was going on and the reply he received was, "I just got here and I got an uncooperative victim in a pile of blood." After a few minutes, I stepped out of the way for paramedics bringing a totally covered body past me on a stretcher.

When one of the cops had taken my information he told me, "Thanks for calling, you may have saved a life." He didn't appear to know there had already been someone there when I called. I asked him if he could tell me anything and he replied that they knew very little themselves. The man who hadn't wanted to tell them anything had a bad chest wound. The cop told me to stay on the trail as this was now a crime scene, and several of them were walking slowly about the area, passing their flashlights over the ground. However, when I went back to-day to have a look, I found no police, police tape, or any of the pylons I'd seen one of them setting up. I'm guessing they learned that the wound was either self-inflicted or the man had fallen and accidentally injured himself. The area is a somewhat treacherous little riverbank with a runoff ditch, and I often hear more than see the young guys getting drunk or high down there at night. I took some pictures of the spot to-day; 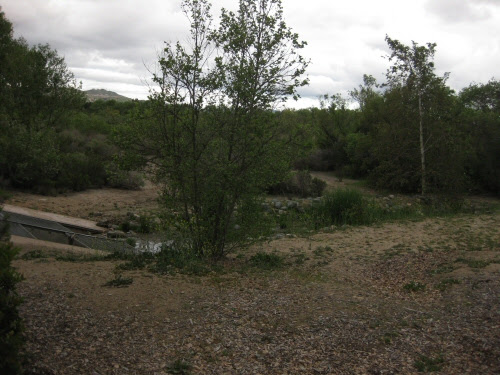 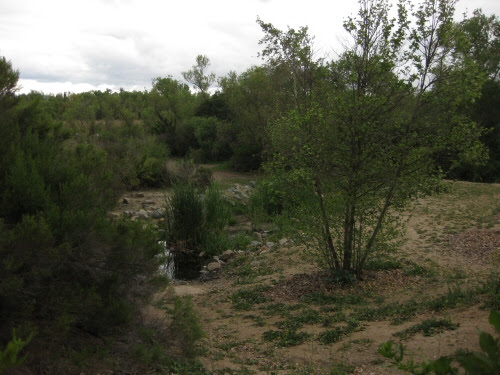 It was such a pretty day to-day, always just about to rain, but not quite getting to it. I wound up taking a few more pictures of flowers; 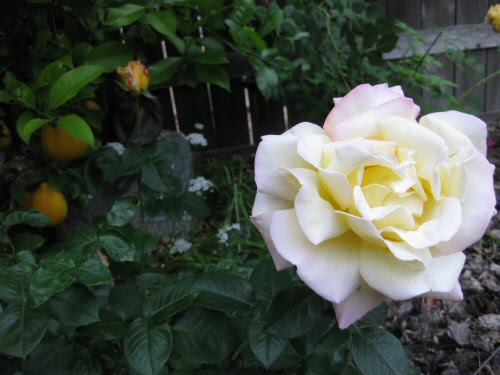 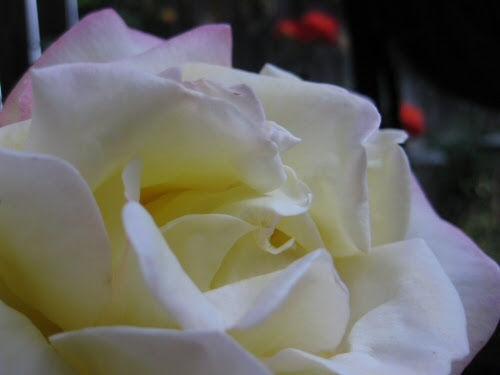 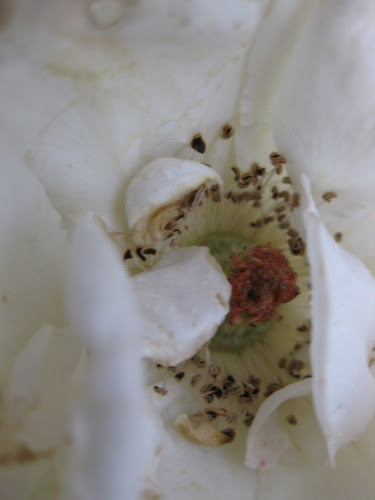 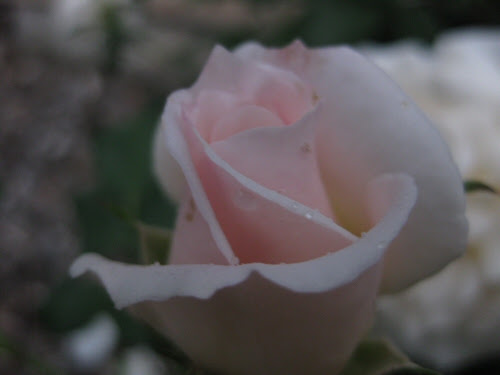 After I came back inside last night, I made myself some dinner and watched the first two episodes of Doctor Who while eating. I'd never seen any Doctor Who before and figured the best place to start was with the 1963 premiere episode. It was good, the Doctor's an intriguing character with a great theme song. The actress playing his granddaughter had a fascinating way of delivering every line as though it were a plea--she somehow begged her teachers to understand how she came up with the Tardis acronym. William Hartnell as the Doctor was an interesting, callous and focused character.

So I think I'll stick with this show. It certainly seems to have enough episodes to keep me from having to decide on another show for a good long time.
Posted by Setsuled at 9:08 PM
Email ThisBlogThis!Share to TwitterShare to FacebookShare to Pinterest