I'm so tired. I hope there's no errands I need to run to-morrow. I feel like I've been running around for weeks.

I watched the fourth episode of the Daleks serial of Doctor Who last night. I'm wondering how many kids dressed up in cardboard tubes with toilet plungers sticking out the front. I love that we never see what the Daleks actually look like, that they're some poor mysterious mutants in the metal shells. I suspect some later episode shows a Dalek body quite clearly, though. The show's been around for decades, it has to have happened, and I bet everyone regretted it.

I'm so turned on by this Thal dame;

I should be ashamed of myself--the show's gone from casual sexism to outright sexist fantasy. She acts and is treated like a pet. 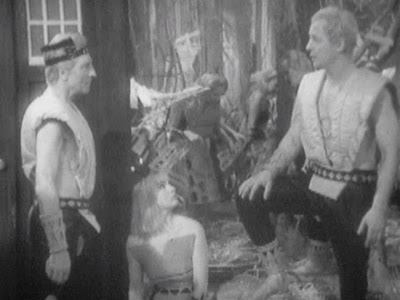 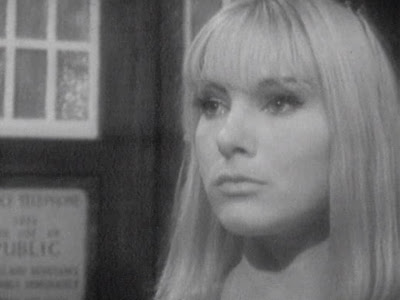 But I can't help it. The first thing she does when she sees the Tardis is press her body against it as though wondering if it's something she can have sex with. And she looks sort of like Aimee Mann.

I guess these old Doctor Whos aren't really much more sexist than the old Star Trek, though even the first Harry Mudd episode seemed more progressive than this--at least then it was indicated that subjugating women is a bad thing, even if it was only because women ought to be free to run the kitchen and perform maid services.

But this is really early into Doctor Who, I probably shouldn't pass any hasty judgements. And how can I really complain about a sexy girl wearing little more than a big foam Y?

I watched half of the Rifftrax of Avatar last night. So, so wonderful. If there were any justice in this world, theatres showing Avatar would've been outfitted for this Rifftrax rather than 3D. My favourite bit so far; a military guy says to Jake Sully, about the Avatar job; "And the pay is good." Kevin Murphy says, "In Linden dollars, of course." Works on so many levels.
Posted by Setsuled at 9:48 PM
Email ThisBlogThis!Share to TwitterShare to FacebookShare to Pinterest