Roses, Chipmunks, and Legends on the Wall

Before the Elvis Costello concert yesterday, I went with my family to Buca di Beppo's, just like last year, only this time we went to the downtown location; 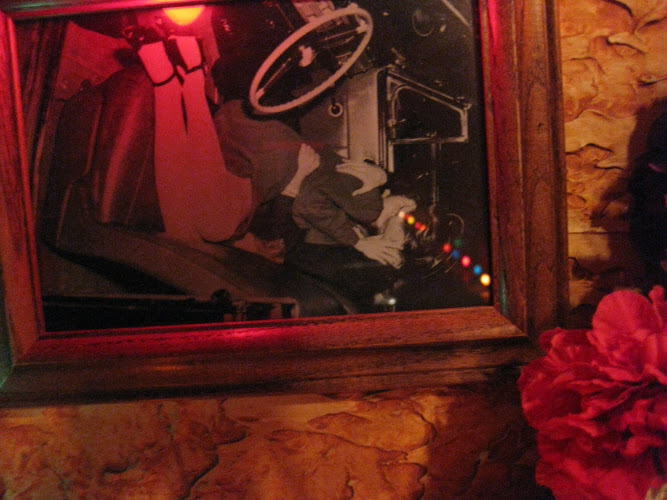 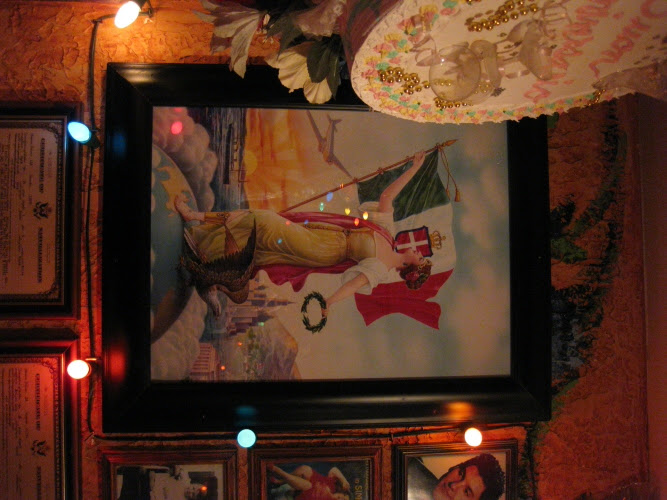 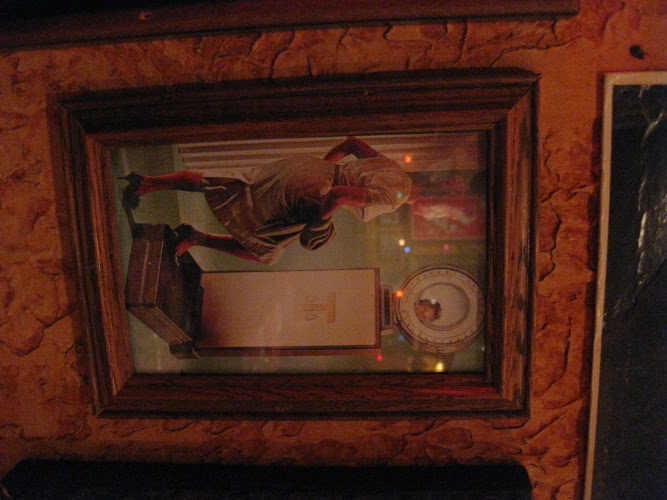 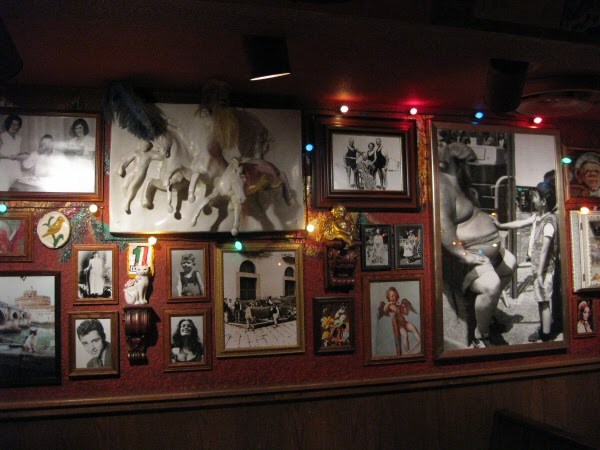 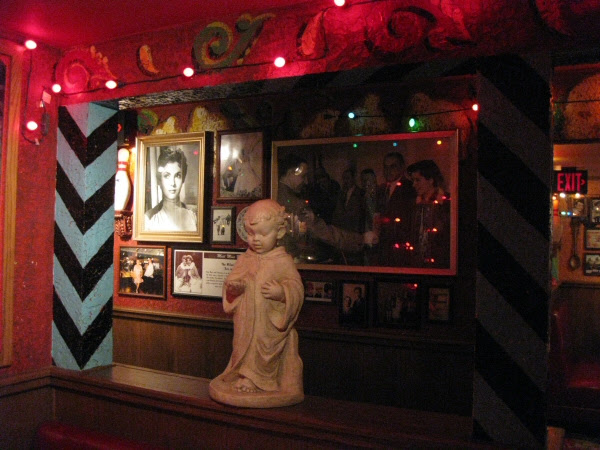 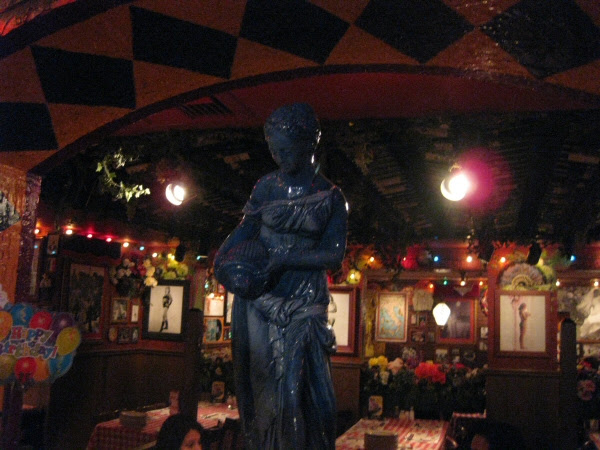 I was surprised how long it took to find a La Dolce Vita picture, but when I did, it was this enormous photo of Anita Ekberg. Wow, look at her; 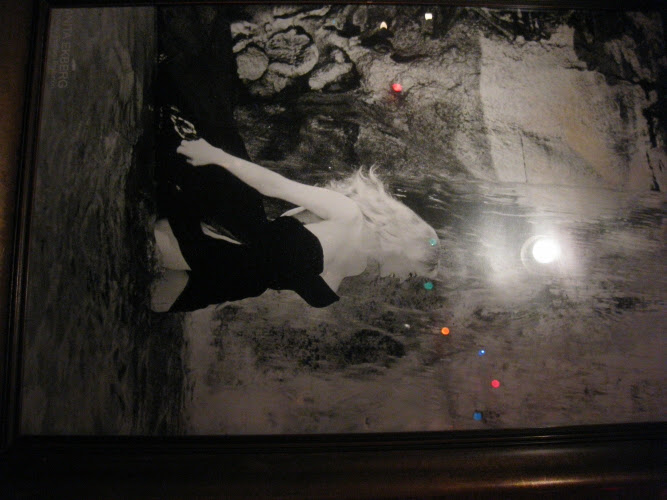 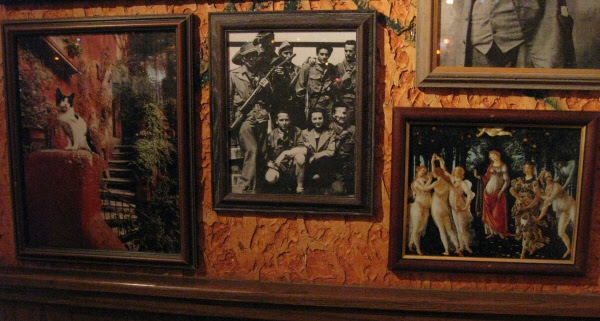 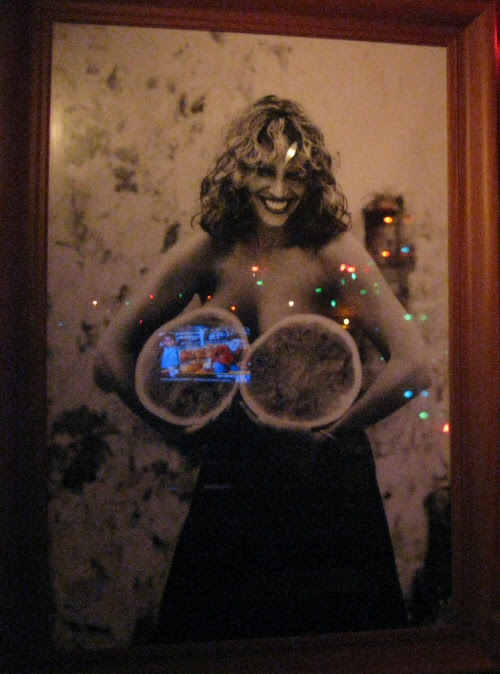 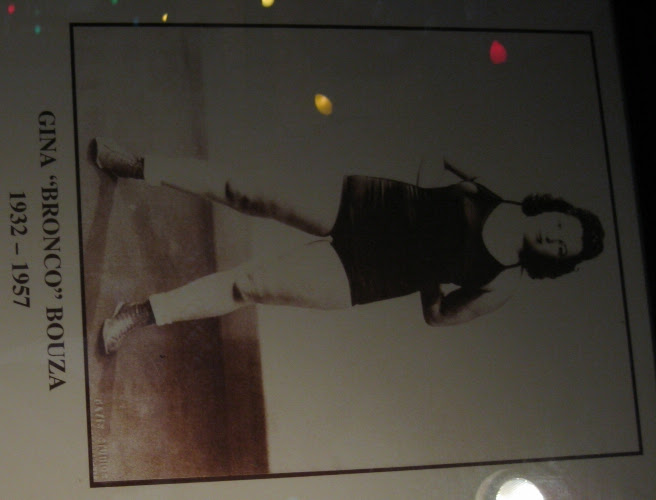 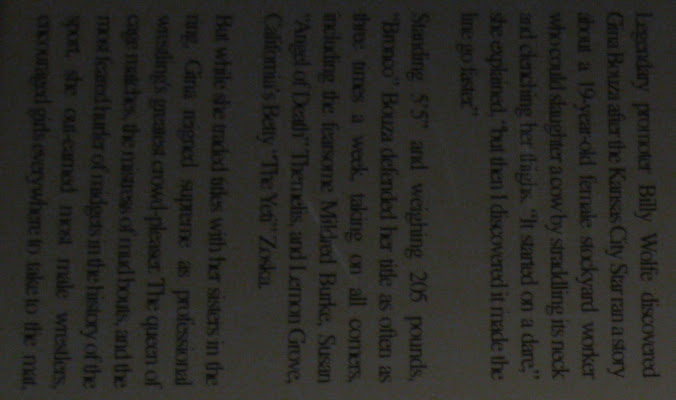 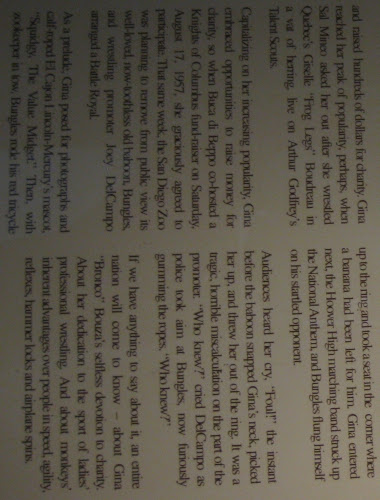 My first instinct was that this was a completely made up story, but a google search for Gina Bouza yields a few posts where people talk about her as though she's real. So now I'm not quite sure. It's great, in any case. 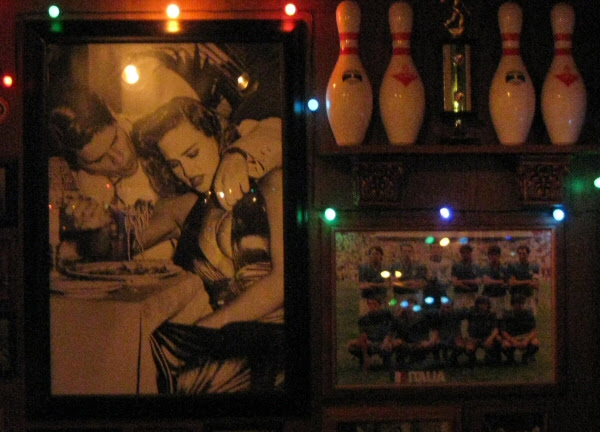 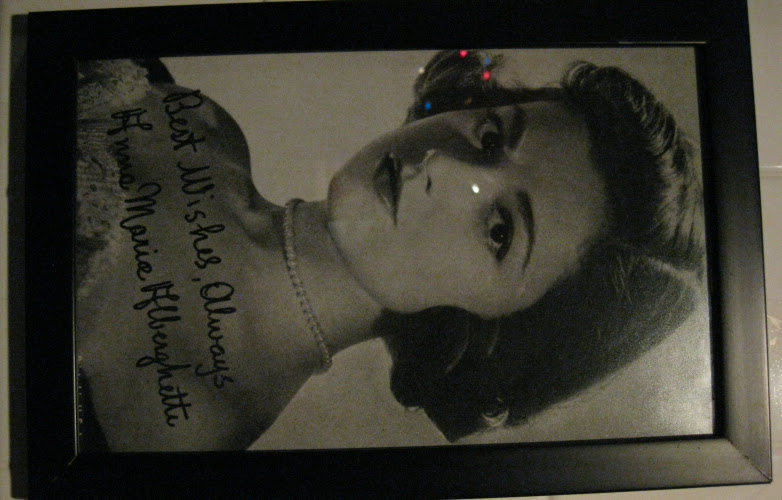 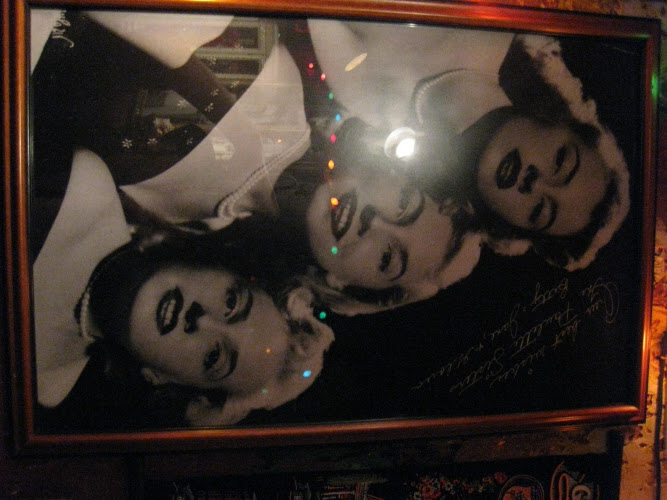 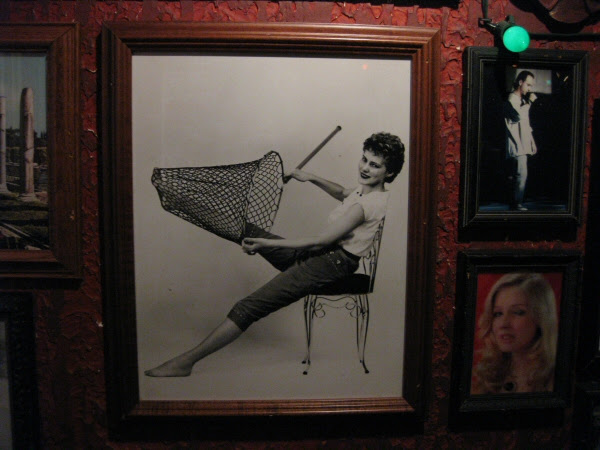 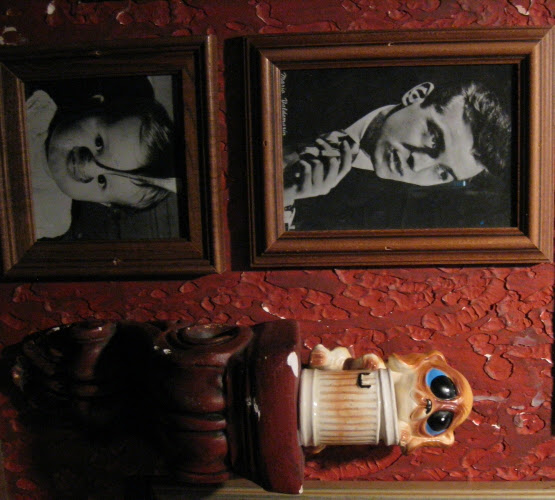 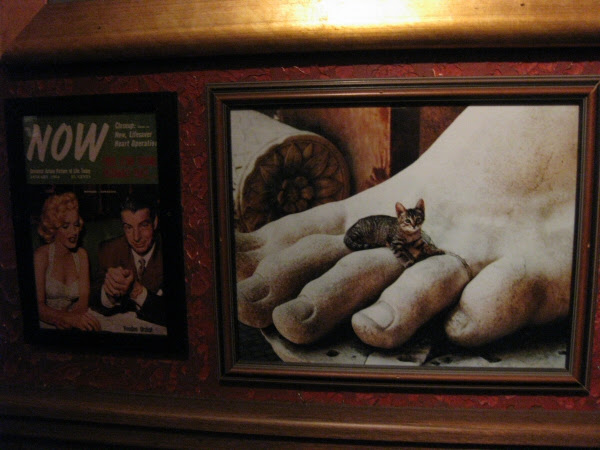 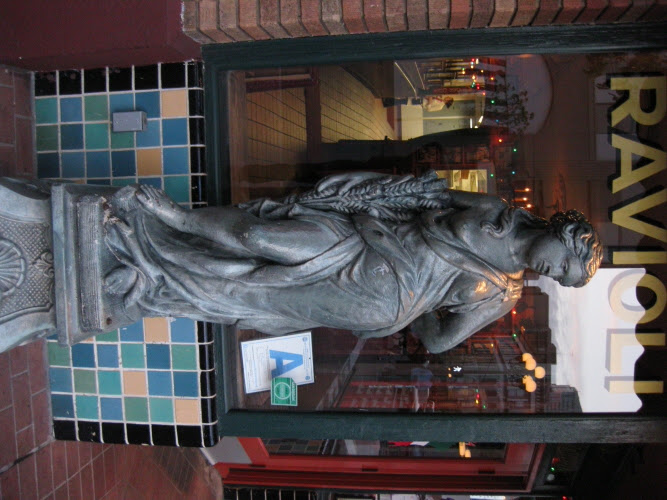 Elvis Costello performed at the San Diego Civic Theatre under Horton Plaza mall. It was an unbelievably fantastic venue to my mind--being in one of my favourite malls, next to a Starbucks, and being so small that there were simply no bad seats. Costello himself, before deciding to perform a fourth encore song, remarked what a pleasure it was performing there as the acoustics were such that he could play very, very quietly and be heard and then switch to extremely loud. I had the impression he was extremely reluctant to leave the stage when he finally did, after five encore songs. He seemed to be going well off the planned set, performing covers of "All or Nothing at All" and a folk song I didn't know about a dog. His performance of "All or Nothing at All" was so unbelievably lovely I'm bitterly disappointed it's not on YouTube.

It was just Elvis Costello himself--he had no band with him, just five or six guitars he switched between throughout the night. He performed two songs from Spike--"Veronica", "God's Comic"--and three songs from My Aim is True, "Allison", "The Angels Wanna Wear My Red Shoes", and "Watching the Detectives", which was my favourite performance out of those three. Its last portion he preceded with a strange, atonal, highly distorted guitar solo that made the last verses exceptionally ominous;

You think you're alone until you realize you're in it
Now fear is here to stay, love is here for a visit
They call it instant justice when it's past the legal limit
Someone's scratching at the window, I wonder who is it?
The detectives come to check if you belong to the parents
Who are ready to hear the worst about their daughter's disappearance
Though it nearly took a miracle to get you to stay
It only took my little fingers to blow you away

He also did great performances of "Motel Matches", "Good Year for the Roses", and "Every Day I Write the Book", which he introduced by saying, "Now here's a song I hate. Well . . . used to hate. Until my friend Ron Sexsmith taught me how to sing it again."

I was amazed at how thin Costello's gotten. I'd gotten used to him being the somewhat round man who appeared in the Austin Powers movie but last night he looked almost like Elvis Costello circa 1981. I hope he's just gotten a better diet--it certainly didn't sound like there was anything wrong with his voice.

Acoustics keep songs echoing past ten.
Distorted detectives drag the funnel.
Dreams are rust on the heads of metal men.
Closed restroom's at the end of the tunnel.
Posted by Setsuled at 6:48 PM
Email ThisBlogThis!Share to TwitterShare to FacebookShare to Pinterest