A Pot of Metals, Some of It Gold 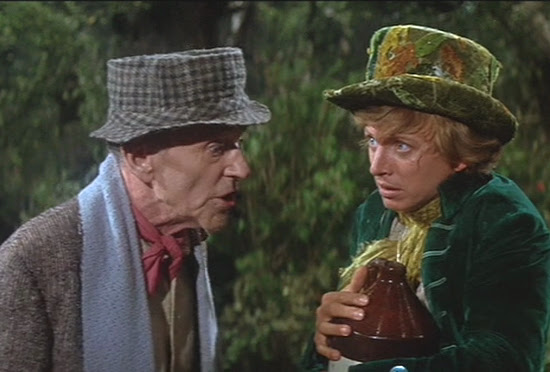 It's beautifully shot, it's a unique collection of enormous talent, and it's, at times, painfully bad. 1968's Finian's Rainbow is Fred Astaire's last full length movie musical and one of the first movies directed by Francis Ford Coppola. It features remarkable contributions from Barbara Hancock and Petula Clark as well, but the movie seems like a prime example of the dangers in having too many cooks in a kitchen--too many artists of disparate vision who had to compromise so that their ideas are brought together into a discordant whole.

The creative forces most at odds were the attitudes of the screenwriters, E.Y. Harburg and Fred Saidy, and the sensibilities of 1968. Their screenplay was based on their own 1947 stage musical which had been kept from adaptation to film for twenty years due the story's playful criticisms of racism that the studio thought too subversive. By 1968, though, having a grumpy, racist white senator turned jolly and black by a Leprechaun's magic, joining a quartet of black singers, comes off as more painfully naive than a bold social commentary.

This plot takes up far too much of the two and a half hour film.

Much better is Fred Astaire as Finian McLonergan, who's recently arrived in the rural American community of Rainbow Valley from Ireland with his daughter Sharon (Petula Clark). Clark has a good singing voice, but one is far more drawn to Astaire who, at sixty nine years old had a vitality only slightly diminished. 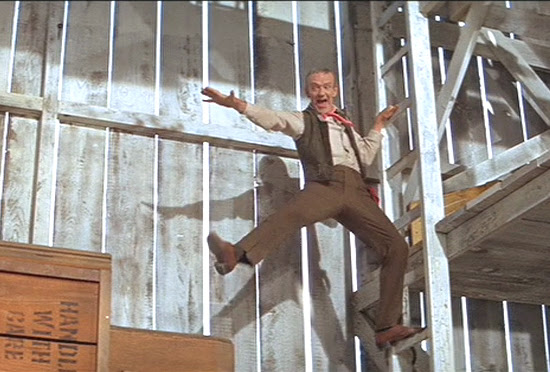 Instead of being an impossibly great dancer, he's just a very good one. But he displays dexterity and the physical self-assurance required to do the pratfalls and comic stumblings he does throughout the film. The guy was in good shape, and I got genuinely sad watching him disappear over the hill at the end of the film. 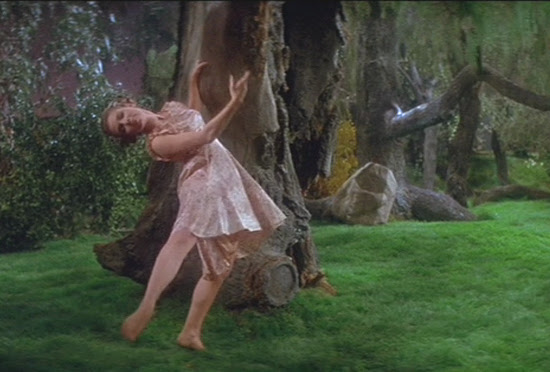 A dancer named Barbara Hancock plays Susan the Silent, a mute young woman who communicates entirely through dance, a questionable idea that never comes off, but she is beautiful and one has to respect someone dancing ballet barefoot on hard soil and acting like she's having a good time.

Astaire was unhappy about dancing outside a soundstage, too, while Coppola was pushing for more realism. Though their creative differences never result in flaws as great as those inherent in the screenplay. The love story between Clark and a man in charge of the village is dull and unremarkable and there's an intensely annoying, broadly performed leprechaun named Og. But Astaire is still great and there's no denying the beauty of Coppola's compositions.

Posted by Setsuled at 3:05 PM
Email ThisBlogThis!Share to TwitterShare to FacebookShare to Pinterest