Who's Not a Robot 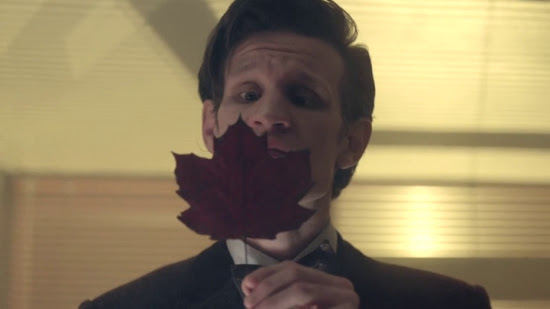 I love how the Doctor's obsession with Clara is slightly disturbing. This is, after all, only the third time he's run into her and he's already licking the maple leaf he finds in one of her books. Any Who theorists contemplating this as a reference to Canada?

Well, something significant that I think everyone noticed is the author of Clara's other book; 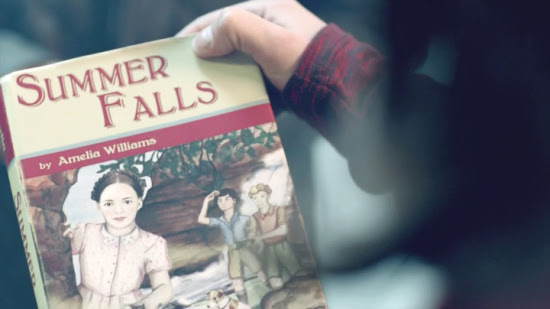 I'd also say there's something in the title--Summer Falls sounds like an inversion of Silence Falls.

It was a good episode. The plot about the evil Wi-Fi soul stealer people was decently engaging, more importantly, Smith and Coleman are fantastic together. It's the first time I really felt like a romance was developing between the Doctor and a character since Amy tried to seduce him. Since then, Rory's been in the way and the Doctor has been caught up in the unwieldy River Song romance. In spite of the small amount of time he's spent with Clara, this is the first time I've felt like something has been allowed to organically develop.

This article on io9 points out the similarities between Clara and River, noting how the significant difference is that Clara is apparently conscious of far less of the mystery than the Doctor while River seemed to know everything. Though the author of the article, Charlie Jane Anders, seems to feel this makes Clara less active in her appeal to the Doctor;

Unlike River Song, she can't taunt him by saying "spoilers," because she knows less than he does about what's going on. So the only way she can tease him, or turn that mystery into flirtation, is by being slightly (but only slightly) unobtainable. This feels like Moffat trying to make her attractive, rather than anything the character herself is deciding.

I'm not exactly sure what Anders is saying. The fact that River knew more about their relationship made her more attractive? Honestly, that was something I always thought of as a big flaw--I mean, it sort of felt like an arranged marriage. Like the Doctor was just supposed to be her lover because she said so.

I like the Doctor paired with a romantic interest with whom it feels like he's on essentially equal footing. I love watching both characters testing the waters between the two of them with dialogue and the Doctor's knowledge of her previous incarnations seem just to give him a whole extra set of questions rather than making him seem smug.

I'm still thinking about the possibility that Moffat's making Vertigo references, of course. I guess I still haven't seen anything conclusive, but the fact that he was painting her portrait seemed a bit Vertigo-ish to me. 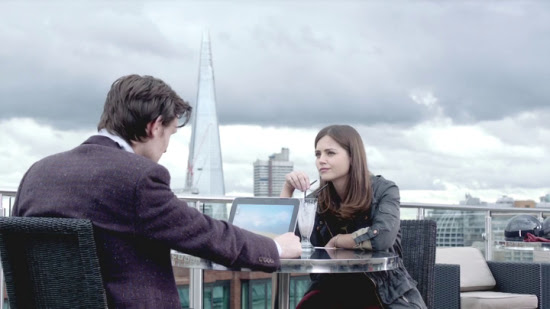 Oh, happy Easter, by the way.